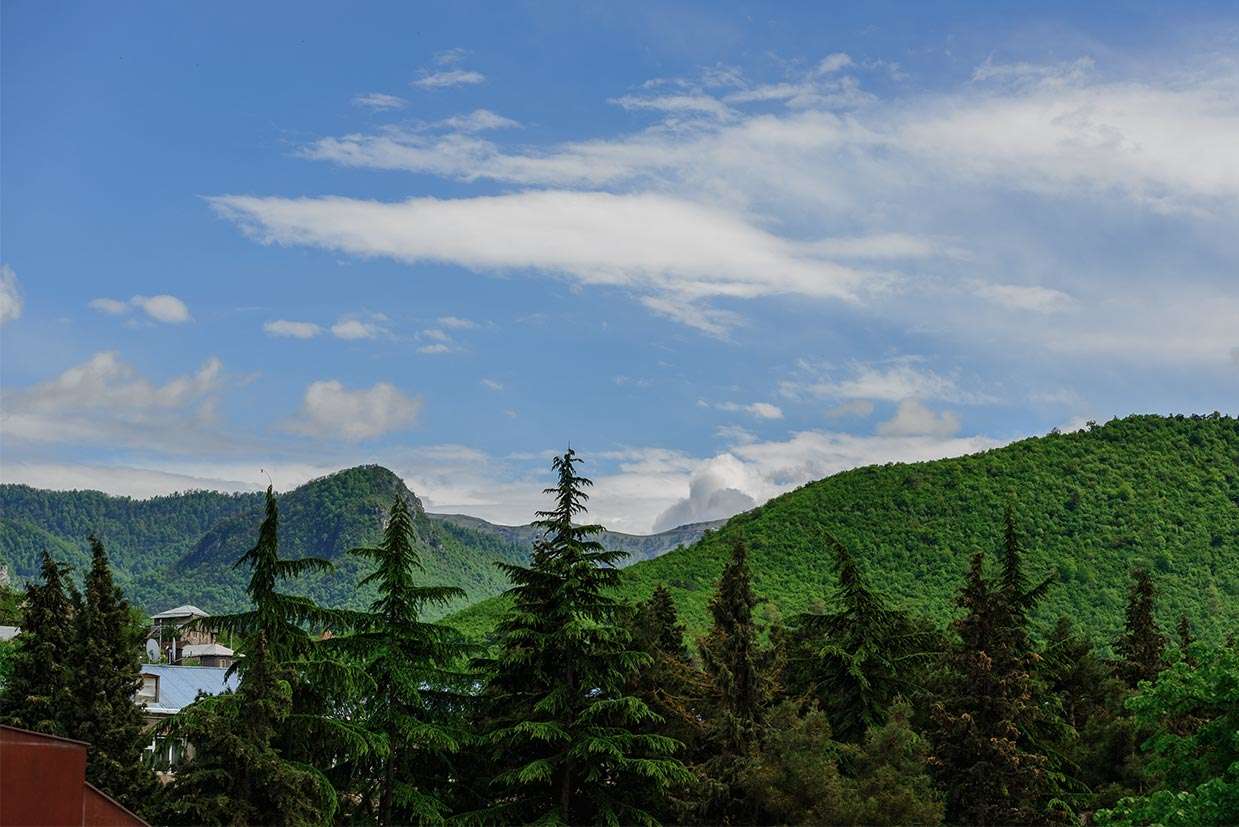 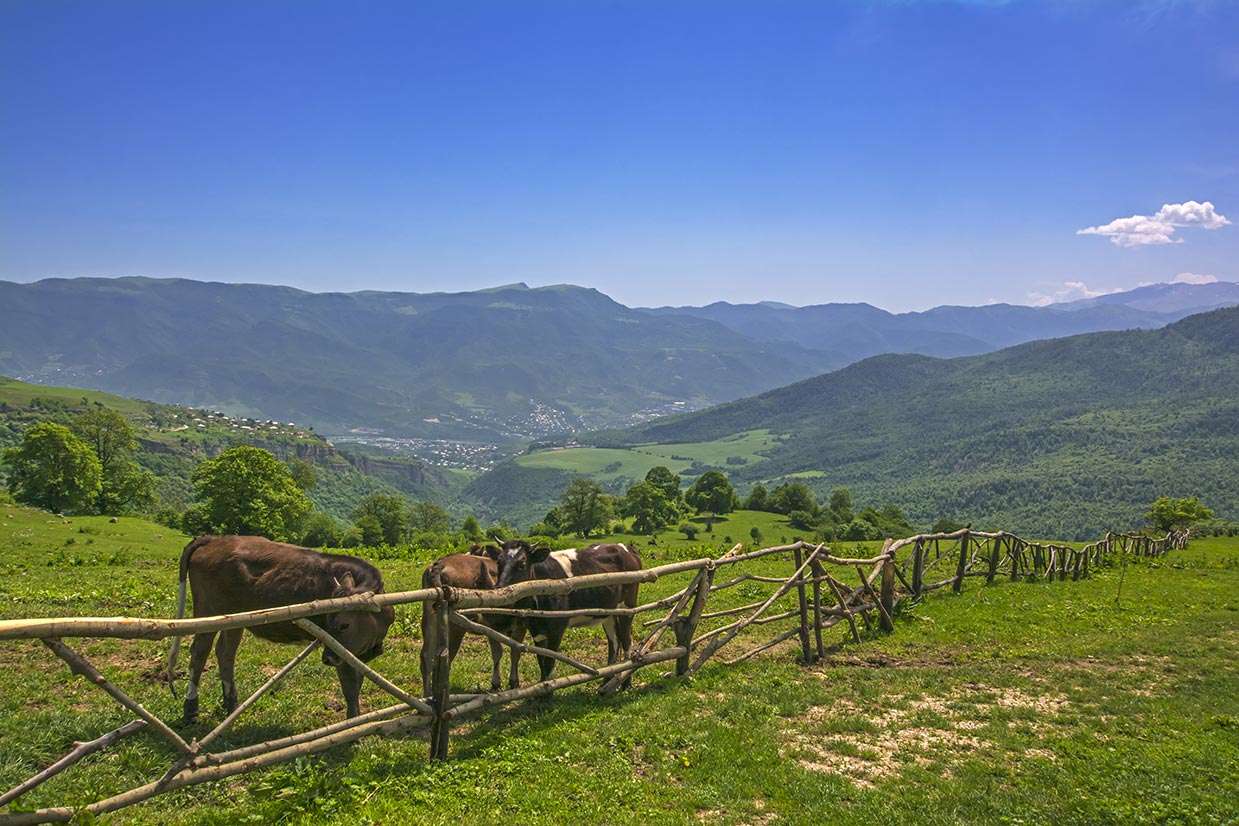 Ijevan is a lovely town and municipal community in Armenia, situated between green mountain slopes. It lies in the centre of the region, on the foot of Ijevan ridge of the Gugark Mountains, on the banks of the River Aghstev. According to the 2016 census, the population of Ijevan is about 20,700. Ijevan serves as the administrative centre and seat of the bishop of Tavush Province of the Armenian Apostolic Church. Ijevan is 137 km northeast of Yerevan. The Yerevan-Tbilisi highway passes through this city. The construction of the railway line Tbilisi-Yerevan (1830-1840) and the bus station during the Tsarist rule led to the economic boom of Ijevan. Ijevan received the status of a town only during the Soviet era. However, its dual function as an industrial centre and as a holiday resort could no longer be maintained after the collapse of the Soviet Union.

Both the current name of the town and its former name Karavansara (until 1919), mean "inn" (caravansary) in Armenian. The area of today's town had many inns that served as caravansaries for the travellers of historic Syria and North Caucasus. From the 16th century, the area was under the Persian rule. In the same place, the small village named Karavansara was founded in the 1780s during the Persian rule. However, in the days of the First Republic of Armenia, in 1919, the settlement was renamed Ijevan. The chamber tombs, which were revealed in the centre of present-day Ijevan, as well as the Late Bronze Age cemetery on the left bank of the Aghstev, confirm the early occupation of the village. The town's first major plan was adopted in 1948 and later revised in 1967. In 1951, the brandy factory was opened in Ijevan, followed by the carpet factory, which opened in 1959-1965. With the gradual development of the industrial sector, Ijevan received the status of a small town in 1961. In 1970, it became a town within the Armenian Soviet Socialist Republic. The town is not as prosperous as it used to be once, although white wine is still produced here, followed by the wood and carpet trade. According to the folk legend, during his reign, king Artavazd I built a city in the 2nd century BC in the area of today's Ijevan. He collected only beautiful girls and handsome boys from all Armenian regions so that they would later marry and settle in the newly founded city. Thus, the citizens of today's Ijevan are the successors of the beautiful generations, which originated 2000 years ago.

Ijevan and its surroundings are home to several cultural monuments of Armenian architecture:

Tavush is one of the most picturesque regions of Armenia. Nestled in the valley surrounded by forests and high mountains of Aghtev, Ijevan is more like a forest town. The town had a 200-bed high-rise hotel in 1969 on the north side of the main street, which is now in ruins due to vandalism. Yenokavan Gorge, situated near the homonymous village north of Ijevan, is one of the most visited destinations in the region. It is characterized by beautiful cliffs, caves, forests, rivers, and cascades. The Anapat Cave has pre-Christian ornaments reminiscent of Maya and Aztecs. There is a small rest area and a modern resort in the Yenokavan Gorge. Famous Yell Extreme Park is also located in Yenokavan, which owns the longest zip line in the region. Ijevan is worth a visit just because of Ijevan Museum of History and Regional Studies and the open-air museum with its magnificent sculptures.