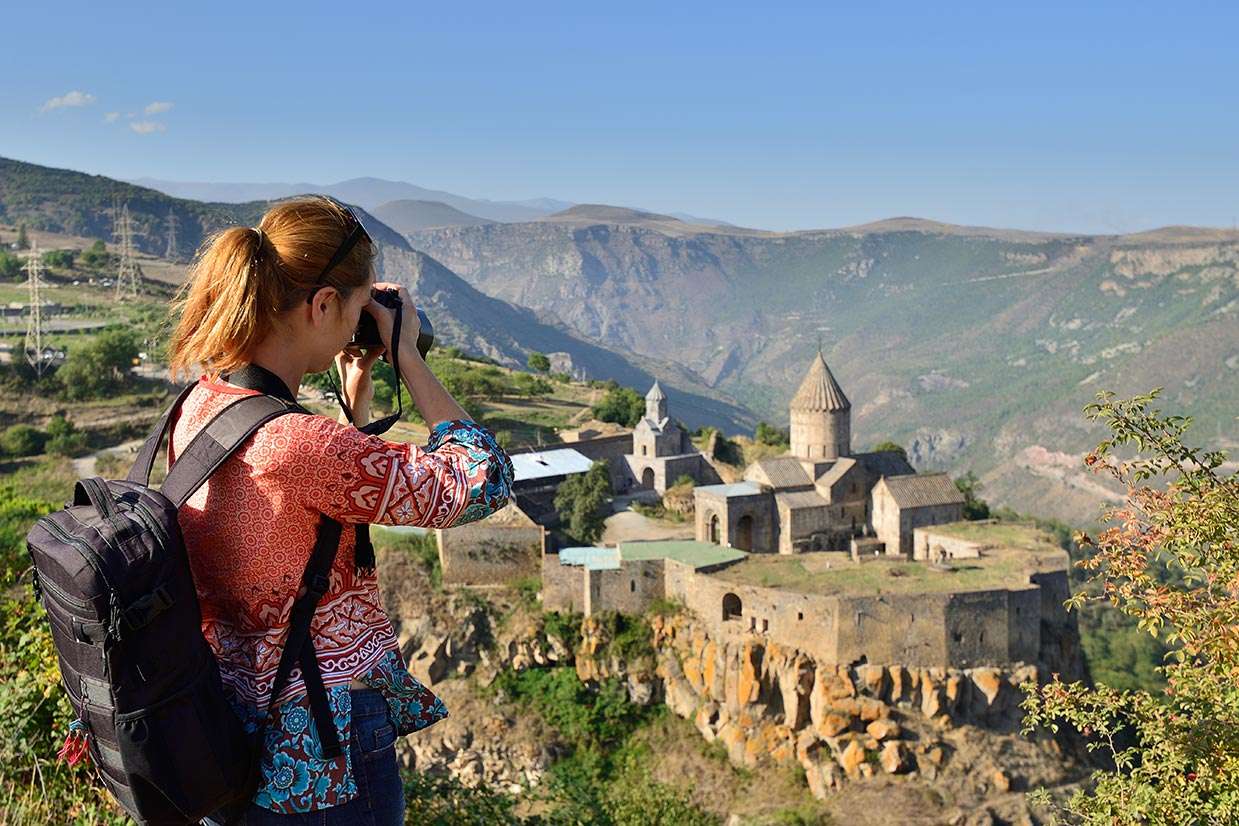 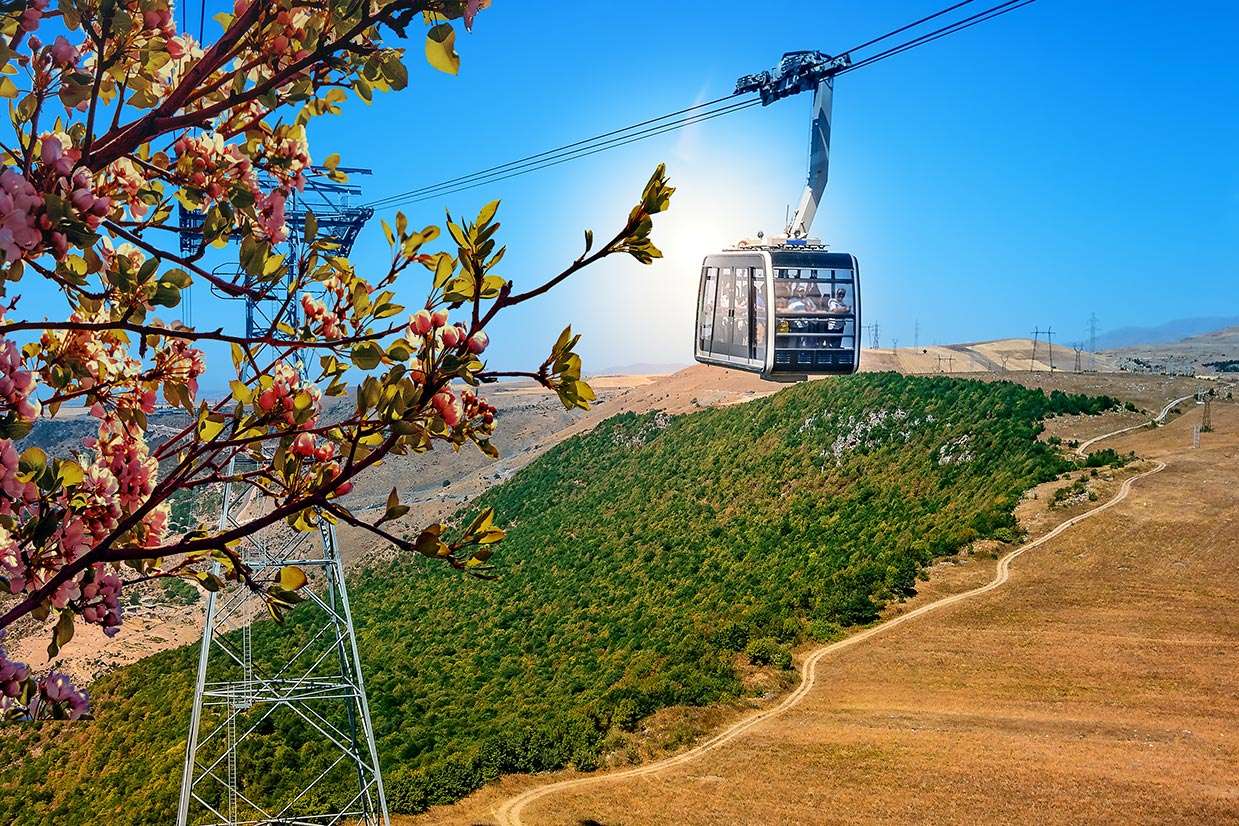 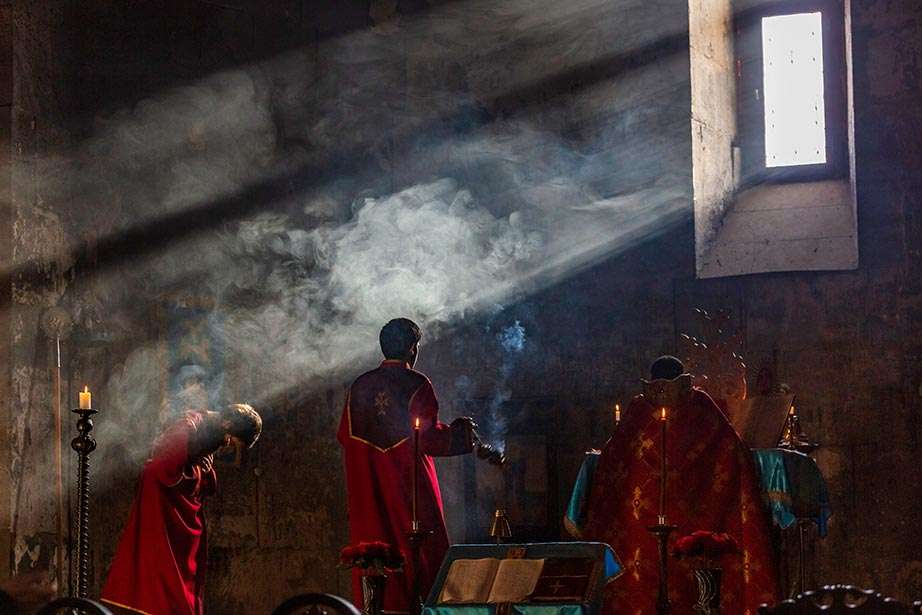 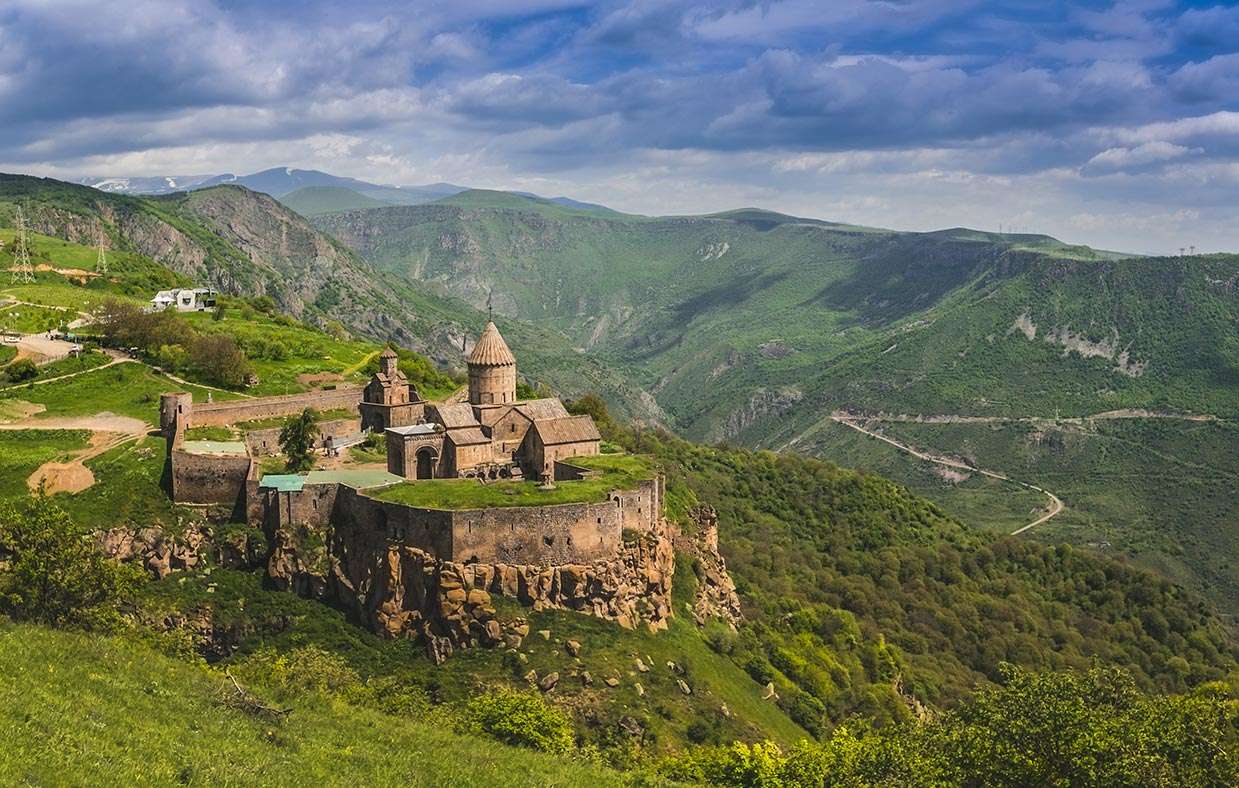 Tatev Monastery is a major tourist destination in Armenia - a masterpiece of medieval Armenian architecture and offers magnificent nature and rich history. The monastery is located in the fabulous Syunik Province, in the southern part of Armenia and is the largest and most picturesque monastery in Armenia. It is decorated with splendid landscapes surrounded by the Zangezur Mountains. The high geographical location of Syunik makes it an outstanding place. The highest point of the province is the Mount Kaputjugh (3,906 m), and the lowest point is the depression in the Megri Gorge (375 m). This region was named after the historic Syunik area, which was the largest in the Greater Armenia. The Tatev monastery was built between the 9th-13th centuries. In its place, there used to be a pagan temple. According to a legend, Eustateus, a disciple of the holy Apostle Thaddeus, preached in this region and was killed for his belief. According to another version, it is connected to the construction of the main church. The apprentice tried to place the cross on top of the church and suddenly fell in the deep gorge. At that moment he called "Togh Astvats indz ta tev" (maye God give me wings).

In the fourth century, a small church was built on the relics of St. Eustateus. It was the first church of the monastery complex. In the fifth century, the church became a place of pilgrimage. Until the 8th century, the name Tatev was not mentioned anywhere. Now you can reach the monastery by a vehicle or by cable car. The cable car connects Halidzor Village to Tatev. It was opened in 2010 and is the longest cable car in the world.

Tatev is located on a rocky outcrop overlooking the gorge of Vorotan. It is surrounded by walls that protect it from the north and west. The monastery complex has many buildings. These include the ruins of the Church of Saint Eustateus, Tatev-Matenadaran Museum, cells and rooms, Grigor Tatevatsi Mausoleum, refectory, a school from the 18th century etc. The Church of St. Paul and Peter is the oldest and largest building in the complex. It is dedicated to the two apostles of Jesus Christ. On the left side of this church, there is a small mausoleum of Grigor Tatevatsi, which was built on his tomb. The mausoleum was built like a church with arches, a roof and a small dome. There are different cross stones on the walls of the church. The other two churches are named after St. Gregory the Illuminator and St. Mary (Mother of God). The Church of Gregory the Illuminator was built in 1295. According to historical data, it replaced an older church from the years 836-848. It is a single-nave church with a semicircular apse and vaulted roof. The sanctuary contains modest carvings. The Church of Our Lady is a small chapel church the design of which is not typical of Armenian churches. It represents a small two-storey vertical structure with a beautiful wooden front door.

Tatev suffered many times during his long history because of the invasions and earthquakes. The Armenian monks who lived here built a pillar with the help of which they could oversee the earthquakes. The pillar had a rotatable base. It swayed as the ground began to move. The monastery once used to be a well-known pedagogical, cultural and scientific centre. It had many villages in its occupation, where numerous preserved manuscripts have been revealed. The University of Tatev was the best one in Armenia. The province of Syunik with the Tatev Monastery are important places to visit in Armenia, which will make your trip memorable.