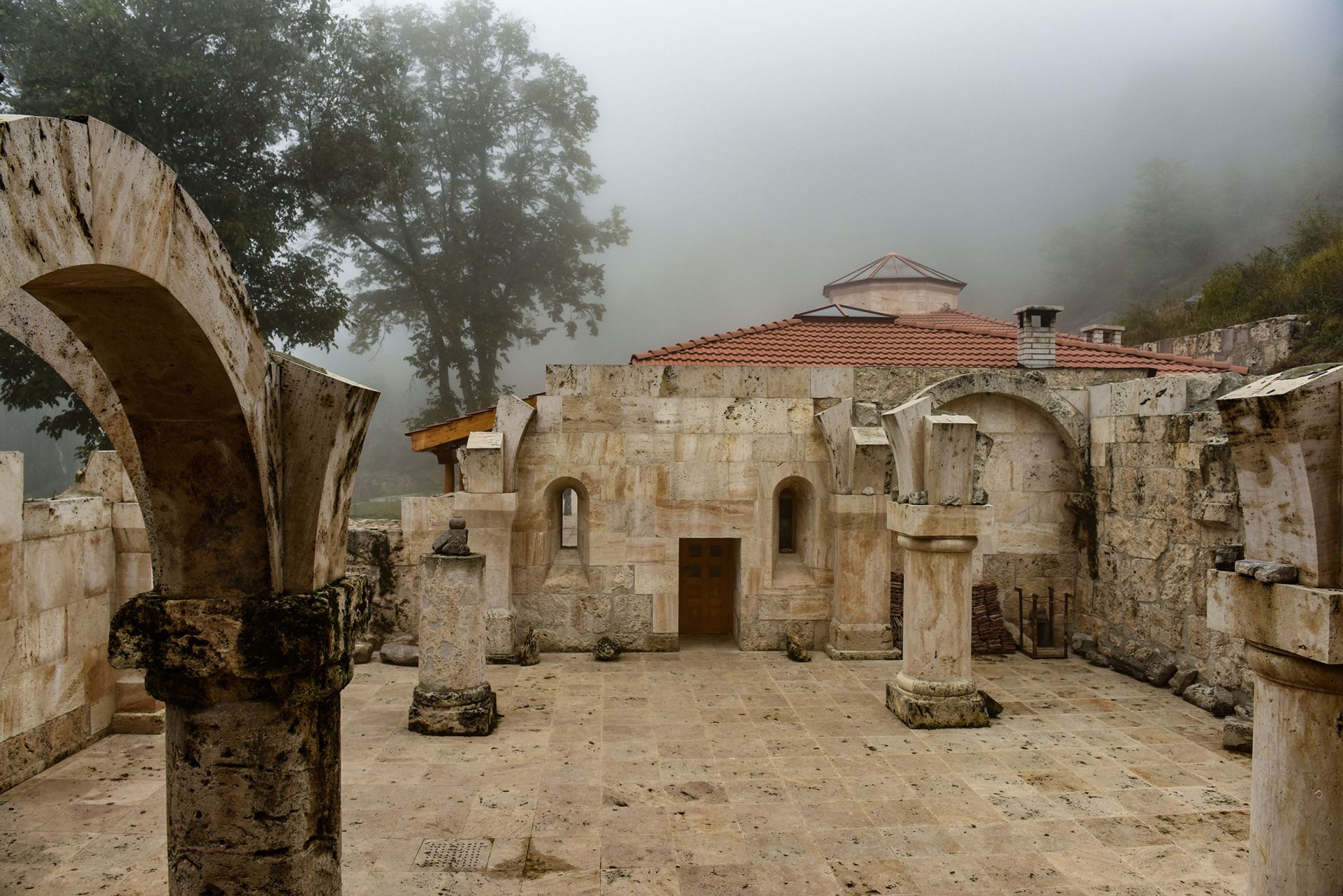 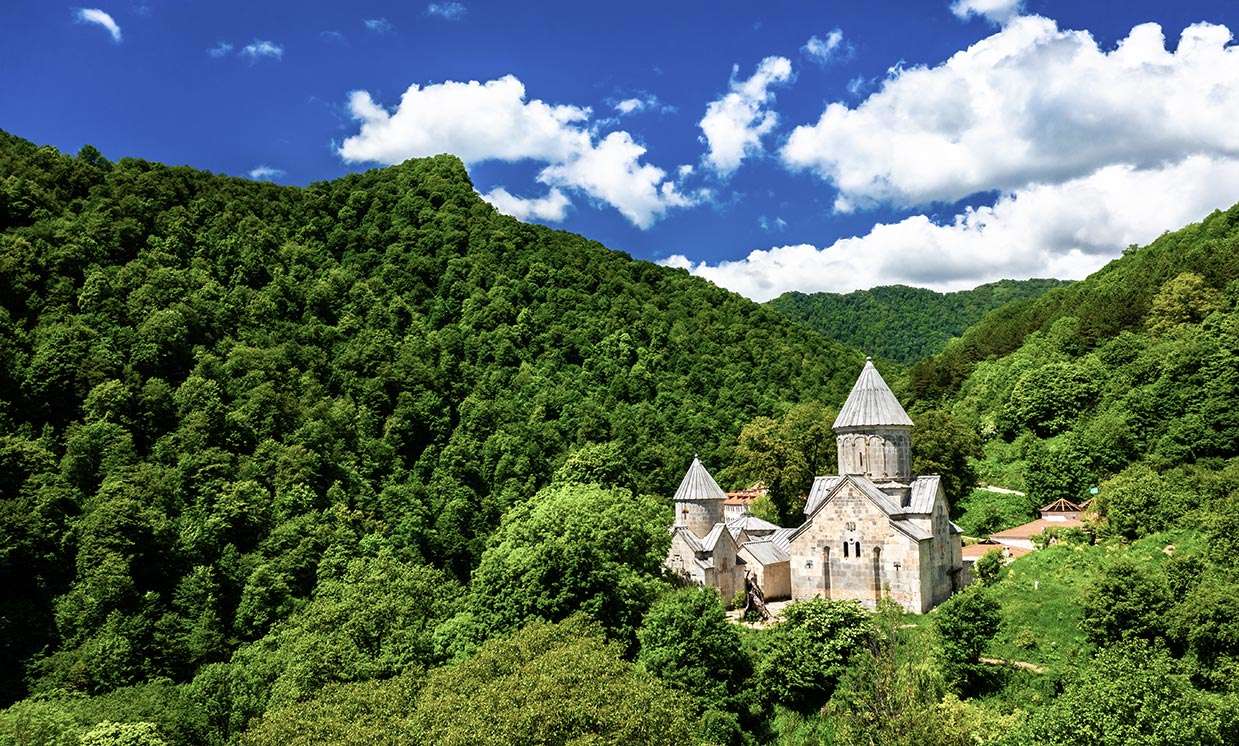 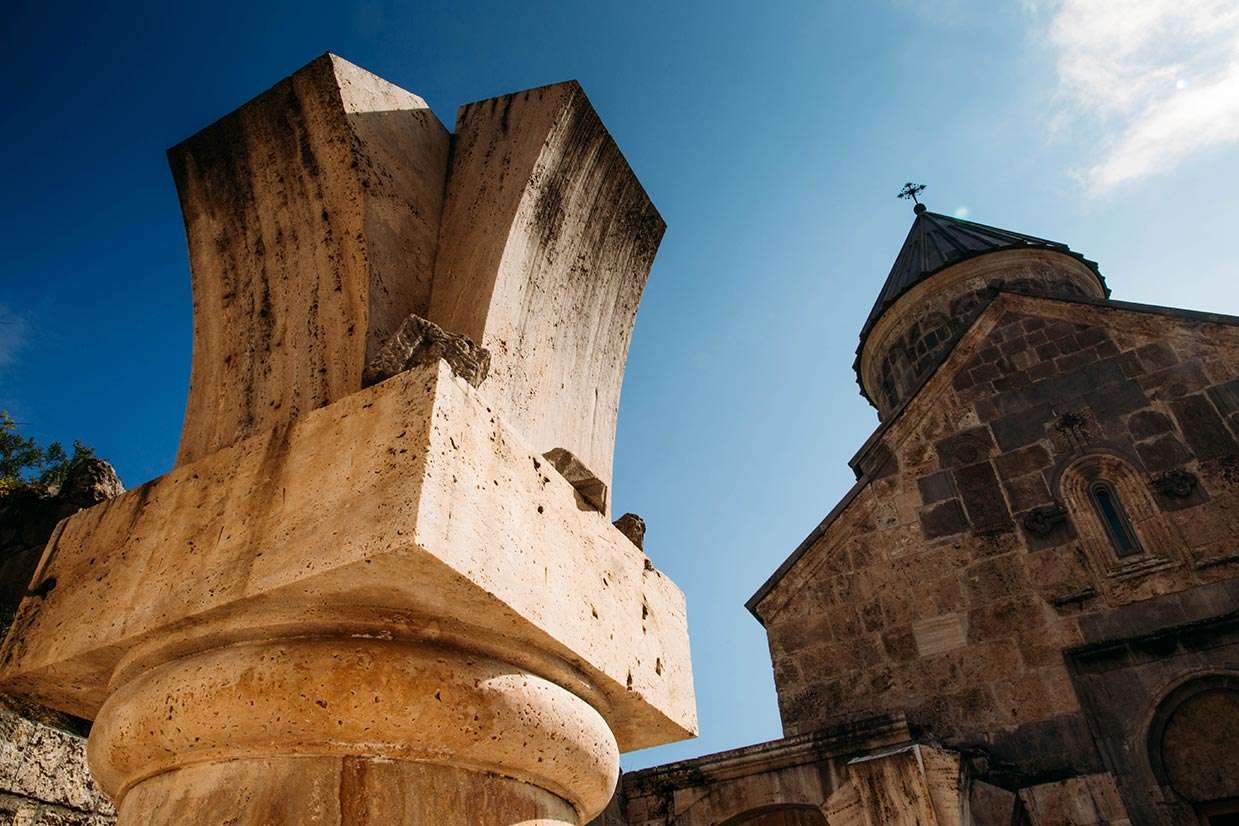 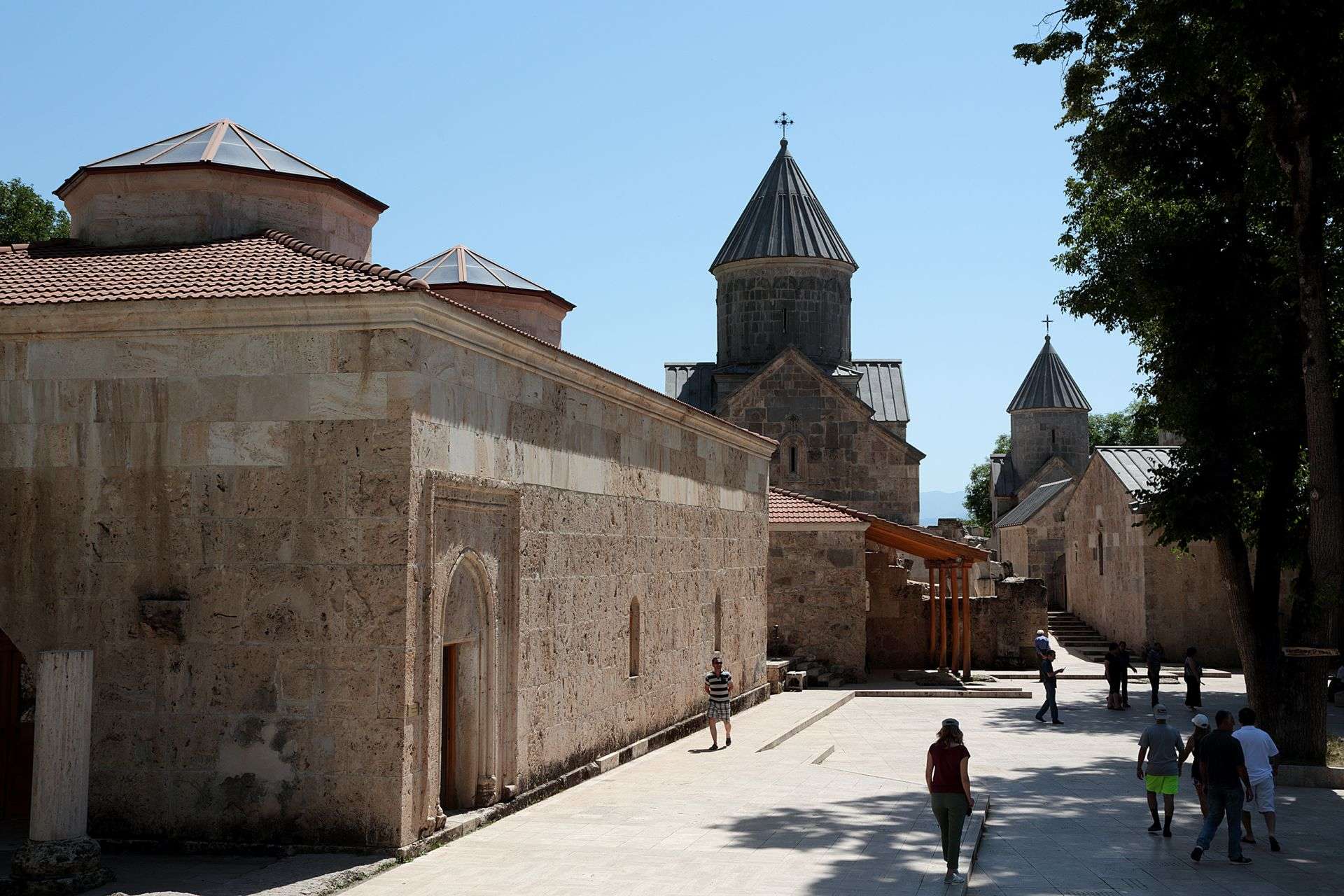 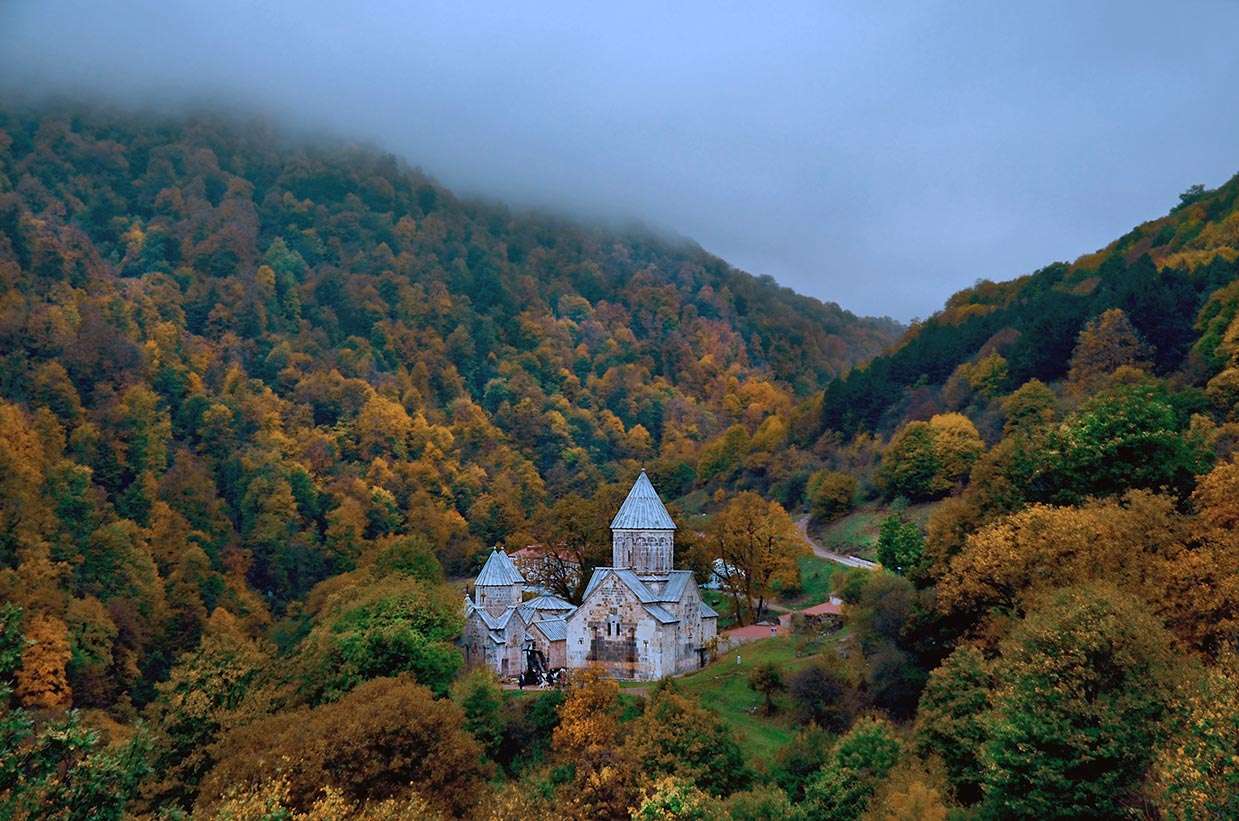 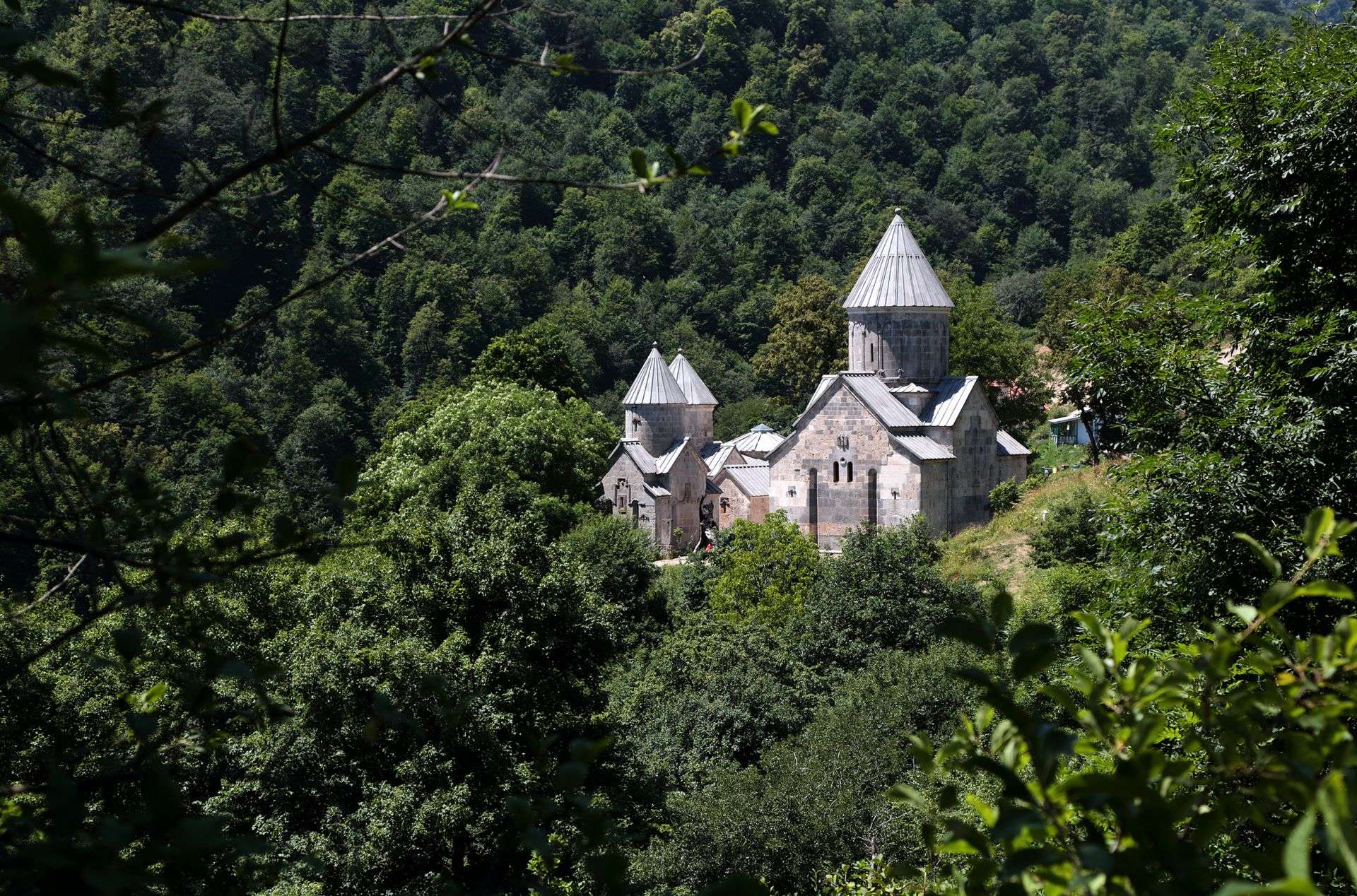 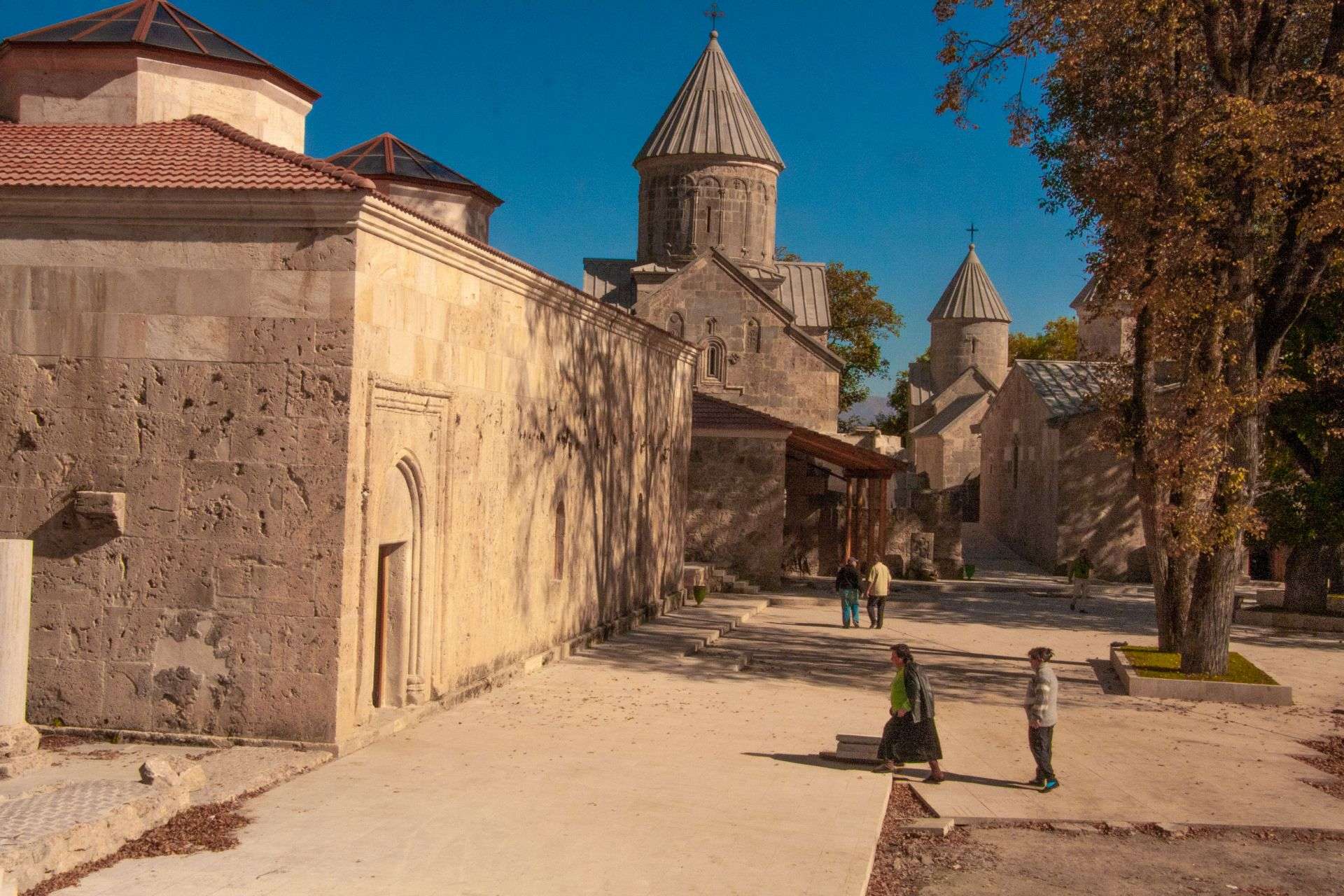 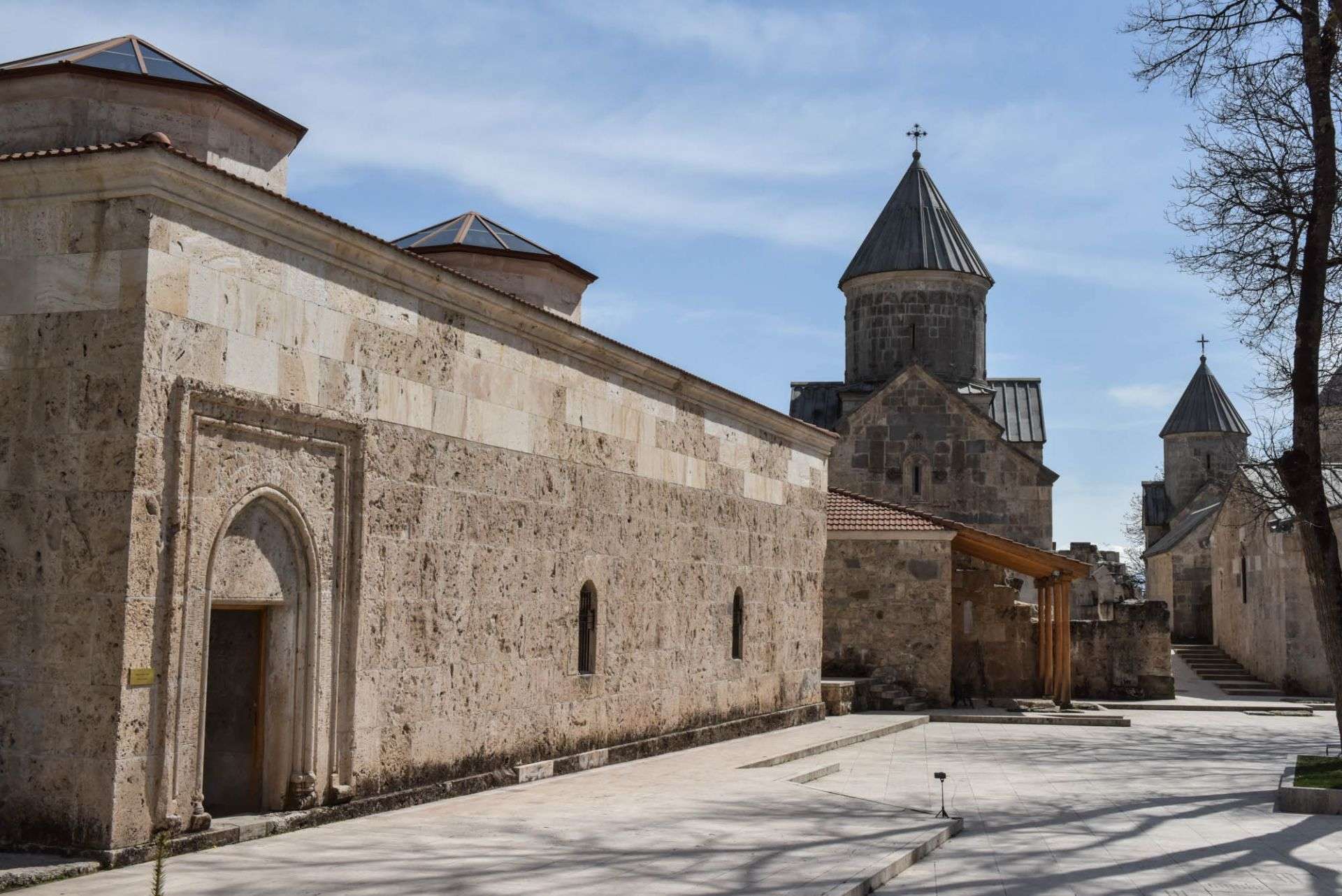 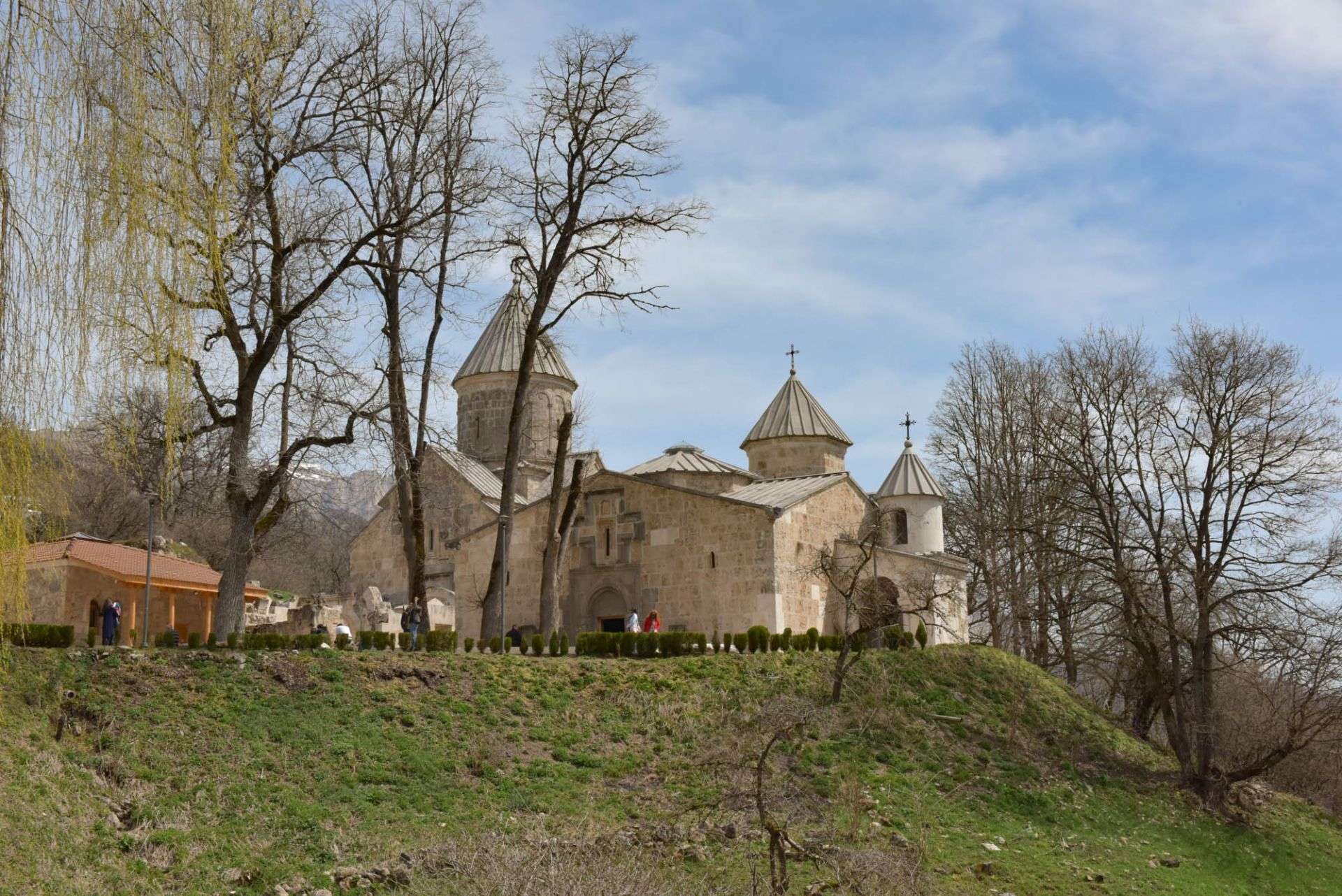 Leave the Lake Sevan behind, pass through the tunnel and after a while, unfold the green valleys of the resort Dilijan. A pearl among the monasteries of this area is Haghartsin, which is located in a hidden side valley, surrounded by lush beech forests. Haghartsin is a 10th-century monastery, not far from the town of Dilijan in the Tavush Province of Armenia. It was constructed between the 10th and 13th centuries (in the 12th under the guidance of Khachatur of Taron); the most part of it was built under the rule of the Bagratuni dynasty. Traditionally, an eagle hovered above the dome of the main building and became so widely known as the Monastery of the Playing or Soaring Eagle ("Hagh" means a game like "Artsin" (a form of "Artsiv" means Eagle in Armenian).

The oldest building of the complex is the church of St. Grigor (10th century) with a dome on the octagonal tambour, followed by the neighbouring church with the second rectangular vestibule (12th century). The Gavit has ornate corner pieces. These rosette-decorated pieces contain statues of human figures in monks' robes with crosses and birds. The frame of the central window is cross-shaped. Located directly above the portal of the main doorway, it accentuates the central part of the facade. One of the columns along the right wall has a big hollow space from behind. According to legend, it was opened and closed in the past, and during the wars and invasions, the monastery's wealth was hidden there.

The small church of St. Stephen, the copy of the main church of St. Gregory was constructed in 1244. St. Astvatsatsin Church in Haghartsin (1281) is the biggest structure and the dominant artistic masterpiece. The sixteen-cornered roof is ornated with arches, the bases of which are linked by triangular projections and balls with a belt around the lower part of the drum. This increases the optical height of the dome and gives the impression that the drum is very light. The plate of the architrave of the southern portal is framed with rows of shamrocks. The style of the group of sculptures on the eastern façade of the church is different from the similar bas-reliefs of Sanahin, Haghpat and Harich monasteries. It shows two men in a cowl, pointing with their hands towards a church and a dove with half-opened wings between them. The domed roof of the church represents the original appearance of the dome of Our Lady's Church. The figures are shown in various dresses - the one on the right is more impressive than the engravings on the left. The faces with long and nicely combed beards and big almond-shaped eyes are also represented in different ways. These are believed to be the founders of the church, Father Superior and his servant.

Haghartsin Monastery is located ten kilometres east of Dilijan and it takes 15 minutes to reach the monastery on foot. Behind the entrance, there are old chapels and many cross-stones. After a short time, the church was demolished by the Seljuk Turks and rebuilt several decades later by the Zakarian princes. The large Gavit of the Grigor Church and the vault of the Kyurikyan also served as a music academy. A north-south axis divides the complex into two parts, the four churches are located in the eastern part. In 1248, the architect Minas built the refectory of Haghartsin, which is divided by columns into two square parts and covered with intersecting arches. The monastery of Haghartsin, together with that of Goshavank are under preservation of Dilijan National Park, which is an important forest in the northeast of Armenia.