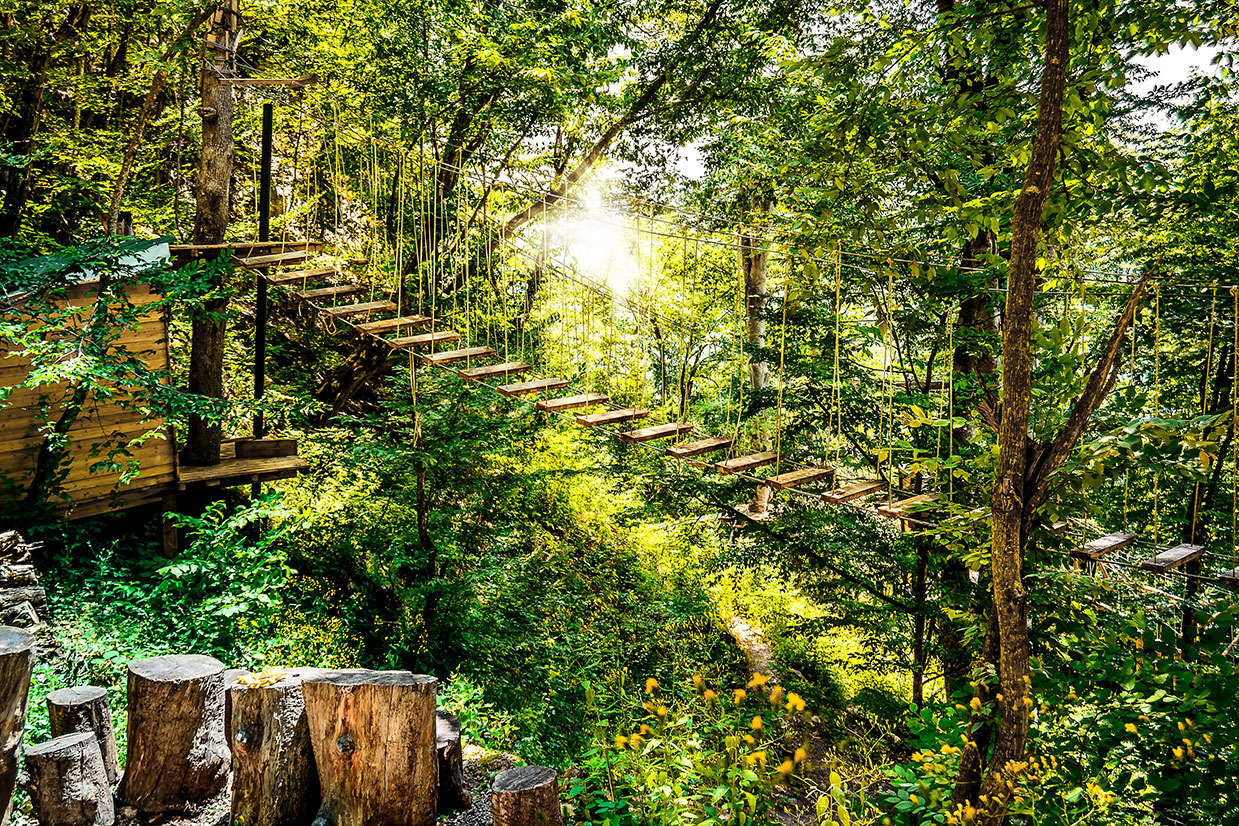 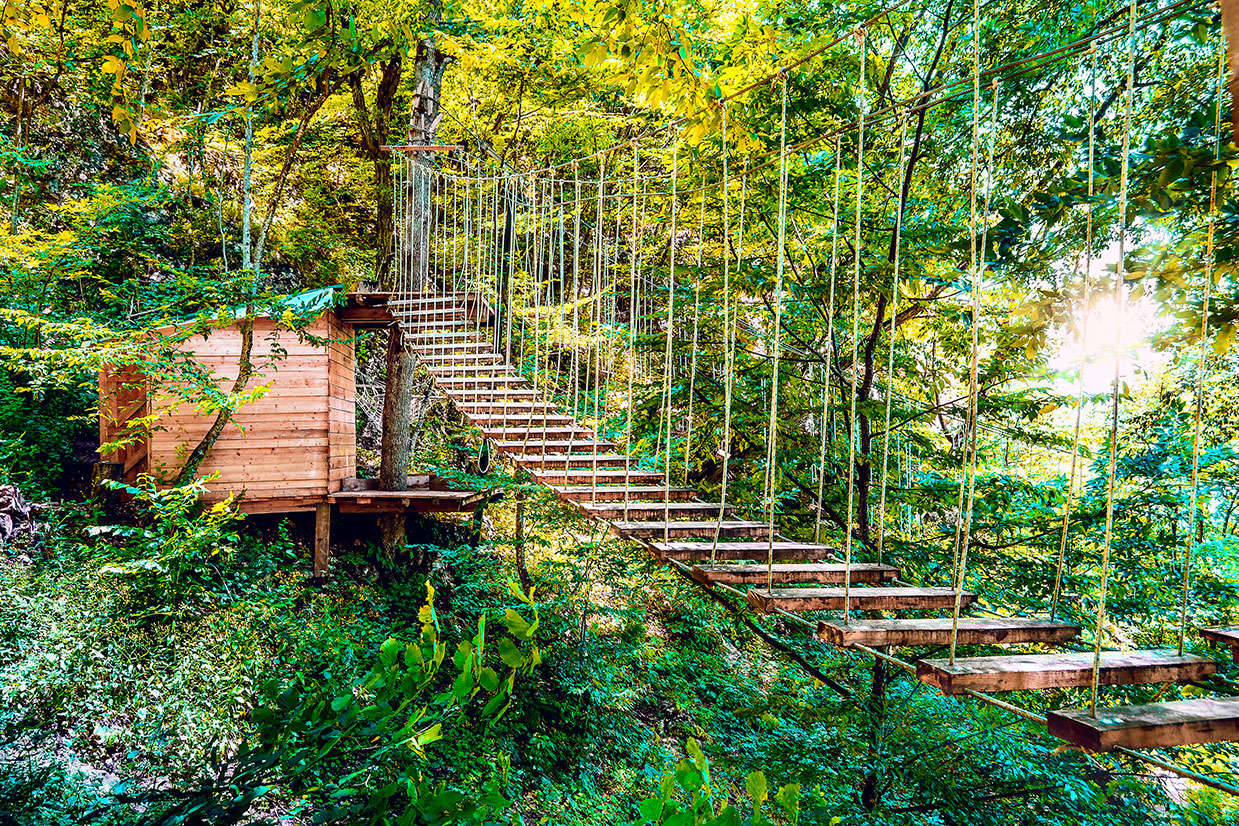 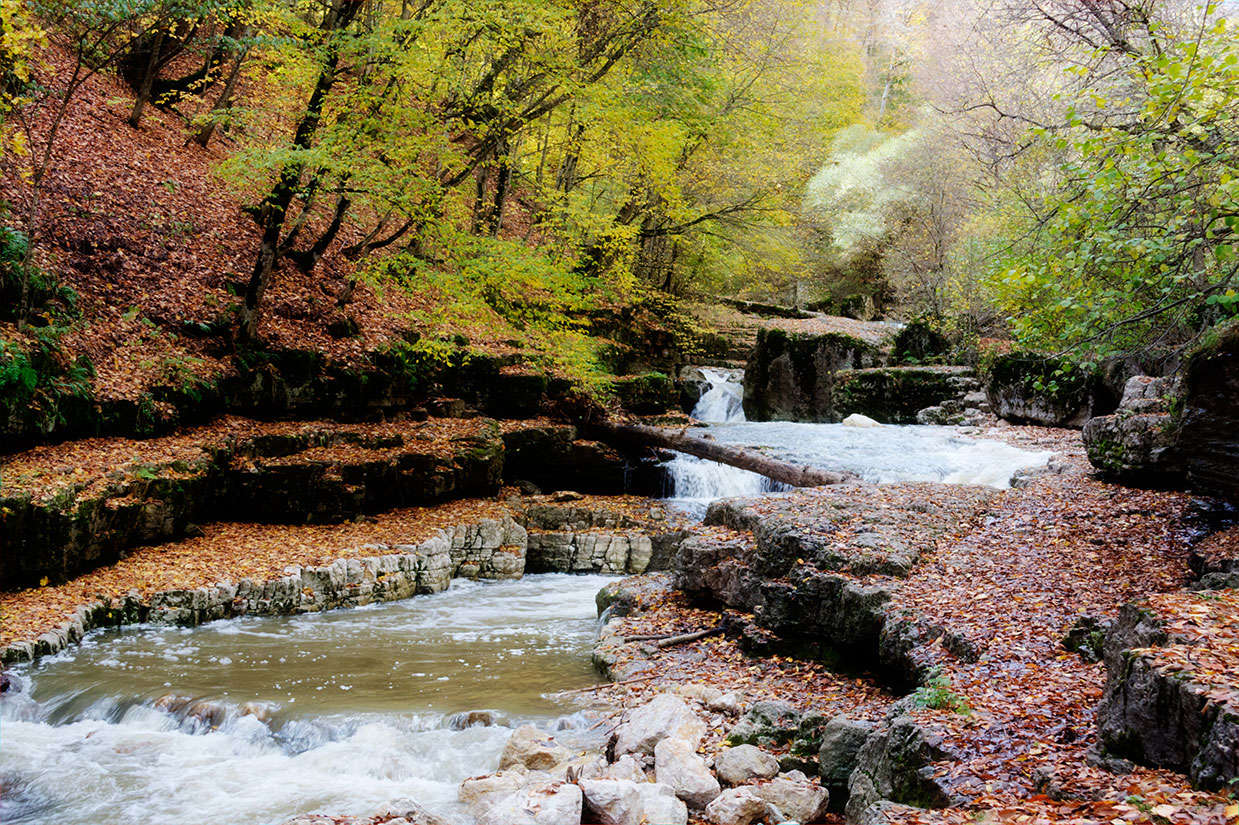 If you are looking for a place that is far from civilization, place where you will reveal a deep gorge, a jungle, mountainous waterfalls, mysterious caves, picturesque cliffs, and cold springs, then you are in the right place.The area called Lastiver is located in the north-east of Armenia, in the province of Tavush, 3km away from the village Yenokavan. Being a suitable location for ecotourism, this place became a popular destination with the travellers since 2000. Since 2000, the lovers of ecotourism organise regular campaigns to Lastiver. Now Lastiver has become a very popular campsite with the foreign tourists as well.Here, the two beautiful waterfalls flow to the River Khachaghbyur and are the inseparable part of the area. This place is another reality, where huge forested rocks rise high to the sky. The road between Lastiver and Yenokavan is not very long, it will take about one and a half hour walk. Tourists will be granted an opportunity to spend their rest in the picturesque forest meadow, which is a unique museum of fairytale wooden huts.

The main tourist attraction of Lastiver is the cave called Lastiver Desert. Although there are other several small caves, Anapat (meaning Desert) is the most popular one. The less accessible cave is located on the vertical side of the gorge. In earlier times, people needed stairs made of wooden beams on top of one another to climb into the cave. These stairs resembled a raft, for this reason, the cave got the name 'Lastiver' (up the raft). According to another version, people climbed the cave on a rope-bound raft and shouted: 'Rise up the raft'! and the people who were already in the cave pulled the rope to the entrance of the cave.

The Lastiver desert which is a unique example in Armenia has a thousand-year history and carries several undiscovered secrets itself. The cave is two-storey and consists of 12 individual rooms. The entrance of the ancient site is just on the front of the rock. It is known that the cave was originally a place of worship in the pagan times. For centuries, this place has been inhabited, the evidence of this factis based on the findingsfrom ancient times.The cave is still used as an accommodation today and tourists may come here to stay overnight. According to widespread opinion, the microclimate of the cave has healing and refreshing properties. It is also known that in 13-14 centuries during the Mongol invasions the locals found their shelter in the cave. Then, for years, the hermits prayed here, for this reason, the cave was called as 'deserted place'. Several engravings decorate the walls of the rooms. These engravings are typical of pagan and Christian periods, although they were created by Soviet sculptor Benik Petrosyan in 1970s. The images of women differ from other engravings with their peculiarities that are the dominant decoration of the cave. According to one opinion, one of the engravings represents a wedding scene, but this is only a hypothesis.

The caves in the picturesque valley of the River Khachaghbyur, in the province of Tavush, are a testimony to the first architectural attempts of mankind: bumbling but yet powerful. The "small Anapat", located in a lush, jungle-like forest, contains both natural and human-created hollowed out caves dating back to the Middle Ages. Several years ago, two hospitable brothers built a forest camp where you can relax and recharge your energy in the midst of unspoiled nature.This is Lastiver, one of the beautiful places of Armenia, where you can try to discover the secrets of centuries-old history.Imposing landscapes – rocks and caves, forests and waterfalls, beautiful walks, campfires, wooden huts and exchange of ideas: these all are the main activities in fairy Lastiver.