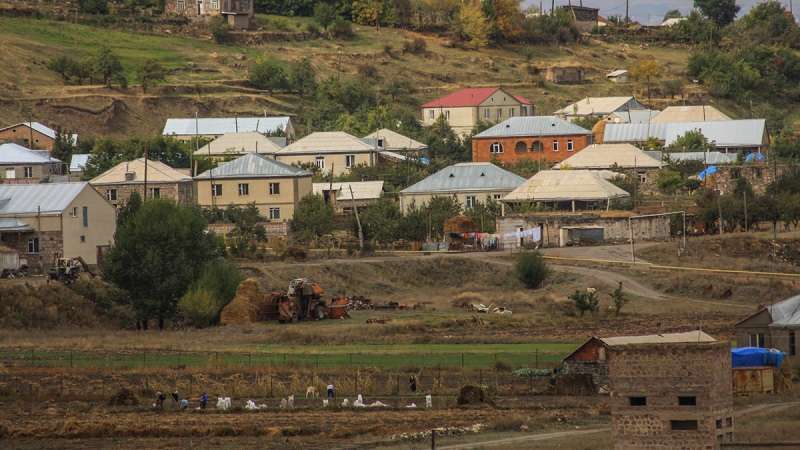 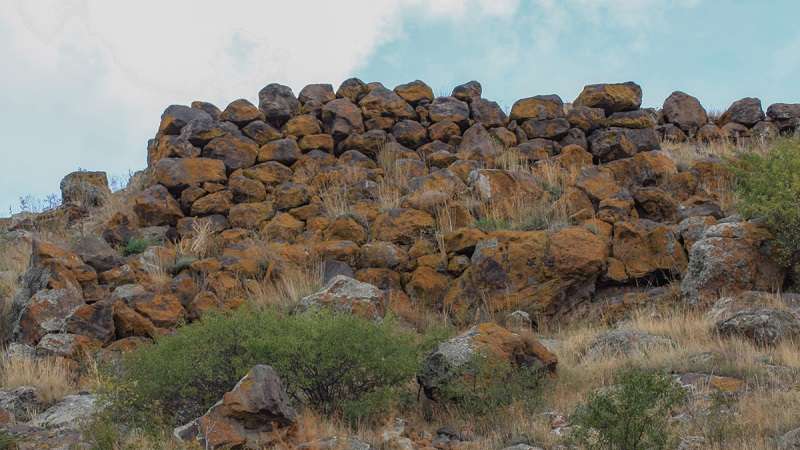 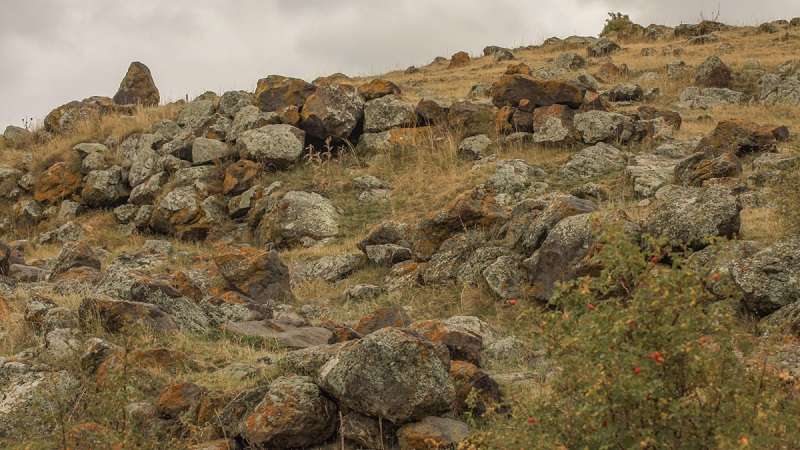 Odzaberd, the "Serpent Fortress" or "Fortress of the Princes", is located in Gegharkunik Province, on the southeastern shore of Lake Sevan. Odzaberd lies at an altitude of 1,921 meters. It is an important archaeological site, as it was once a fortified city of the Urartian Kingdom dating back to 735-713 BC which was founded by Rusa I. It is considered the best preserved Urartian fortress in the Sevan Basin. Between the remains of the fortress, the stone foundations, parts of the city wall and gates can be unveiled. There is also an entry to a small cave on the western side of the hill within the ruins of Teysheba. On the rock wall, on a low cliff of the hill, one may find an old cuneiform engraved by Rusa I. It reports that the city was dedicated to the god Teysheba and states about the conquest of the twenty-three nations by Rusa I. The etymology of Sevan was also discovered in the carving and is known to be the first such mention of the word, which now tells about the lake Sevan, where the ruins are located.

The legend tells that Lake Sevan had very high level during this time and that the city of Teysheba was founded along its coast. The cuneiform inscription was engraved on the rock face, for preventing it from becoming unreadable. Since the water level was much higher during that period, the place of the inscription was practically inaccessible. It is also said that during Urartian times, today's cemetery was an island with a small village, which was destroyed by lava, that came out from the lower part of the lake. The locals tell that ancient coins and bones were explored during excavations of new graves in the cemetery. During the Middle Ages, one of the lords of the country reconstructed the fortress in the same place and called Ishkhanaberd "Fortress of the Lord". Local legend tells that the Lord of Karmrashen had a wife and that the Lord of Ishkanaberd tried to make her his wife, even though he was already married. The conflict burst between the two, and it soon was discovered by the Lord of Karmrashen, making him angry. The ruler declared that he would destroy Iskanaberd which was considered impenetrable because of its very thick defensive walls. The Lord’s wife had also learned of the affair, and while he was asleep, she tied him so that he could not run away and left to let her husband's rival into the walled fortress. The wife of the Lord of Karmrashen learned what had happened and came to free her lover. She succeeded to help him and the two of them escaped that night from Ishkanaberd on a horse, riding through a cave and a tunnel located near the fortress. The cave can still be seen today, with its quite large entrance.

Ishkanaberd was demolished by the other Lord who declared, "Now nothing shall live in this land except snakes and scorpions!" Therefore, the name was henceforth referred to as Odzaberd, which means "Serpent Fortress". In ancient Karmrashen, which is located in the mountains near Lake Sevan, you can still explore the foundations of stone buildings, church walls, large tombs, and a medieval cemetery. There is also a late 14th-century monument called Yot Verk Matur (Seven Wounds Chapel) dedicated to seven lords of seven villages who were killed during the invasions of Lenk Timur. Folklore from the village Tsovinar also tells that there was an underground ceramic pipe leading from the slopes nearby to Ishkanaberd. In the Middle Ages, conquests in and around the villages were a threat and did not allow the shepherds to provide the villages with milk. Instead, the milk from the mountains was delivered to the village through the pottery pipes. 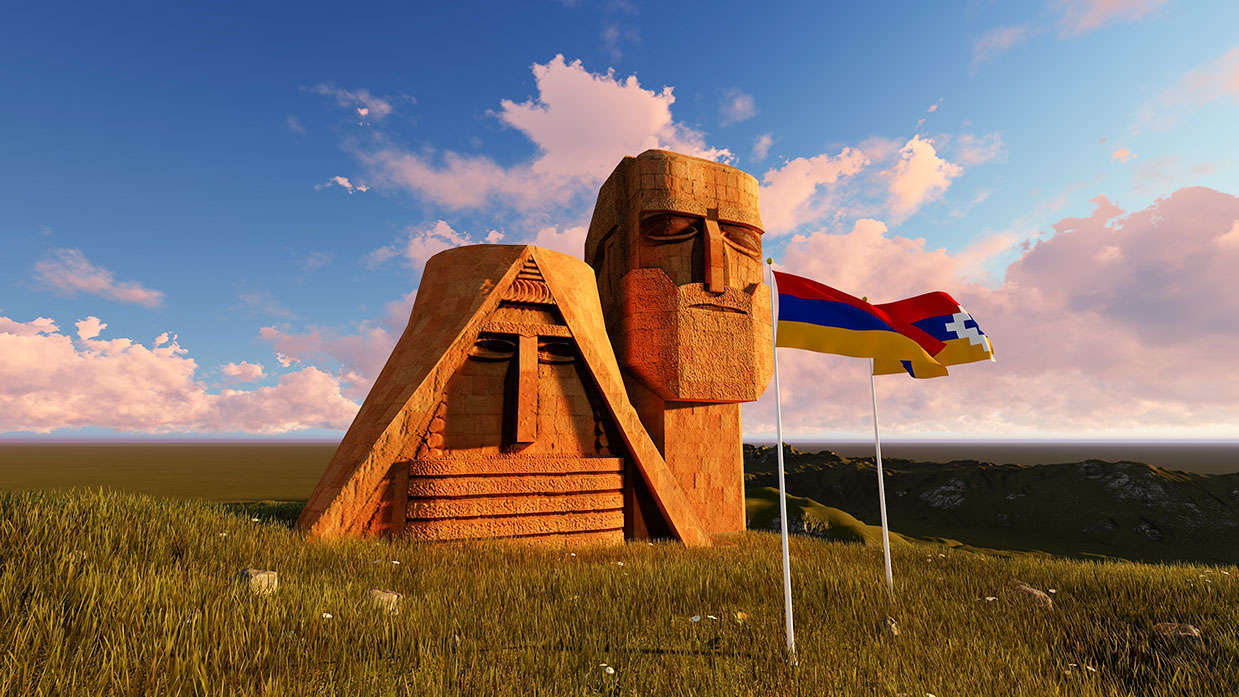 Combined Hiking and Cultural Tour in Armenia and Artsakh 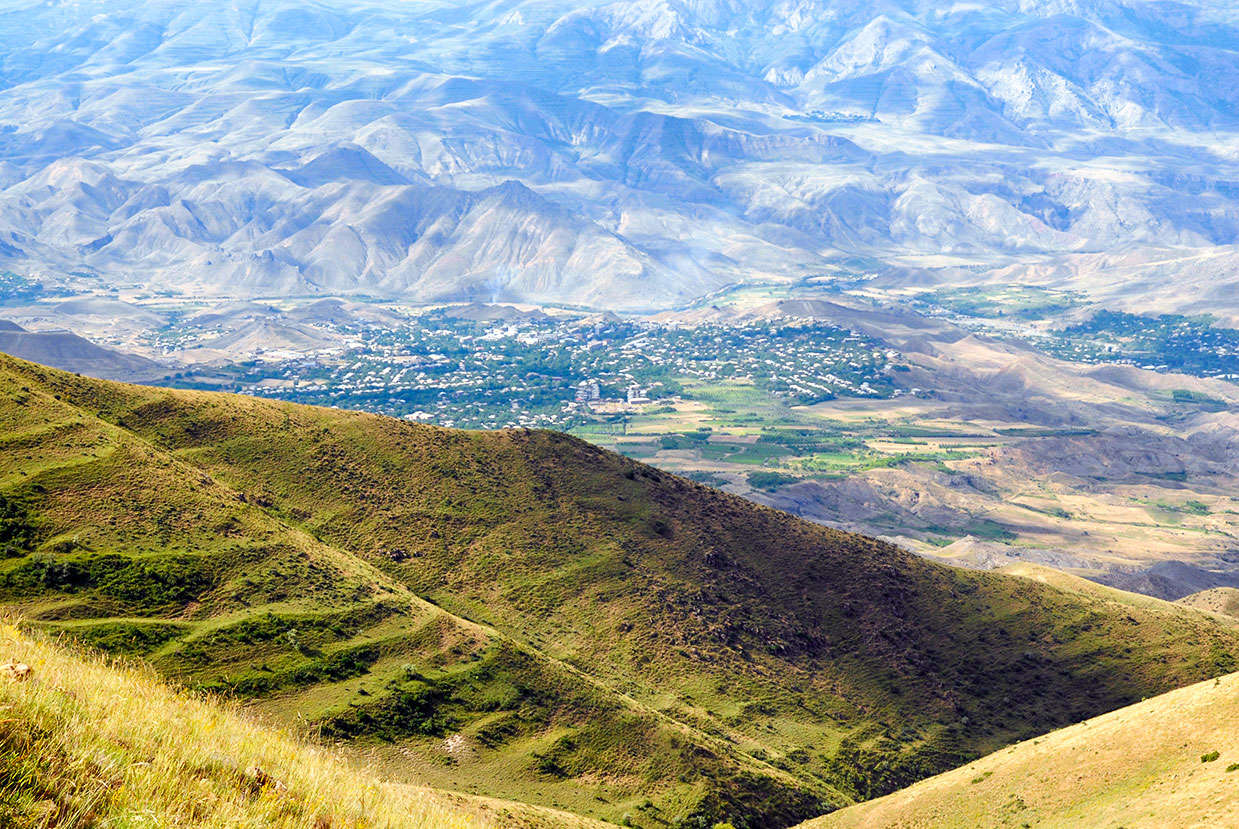