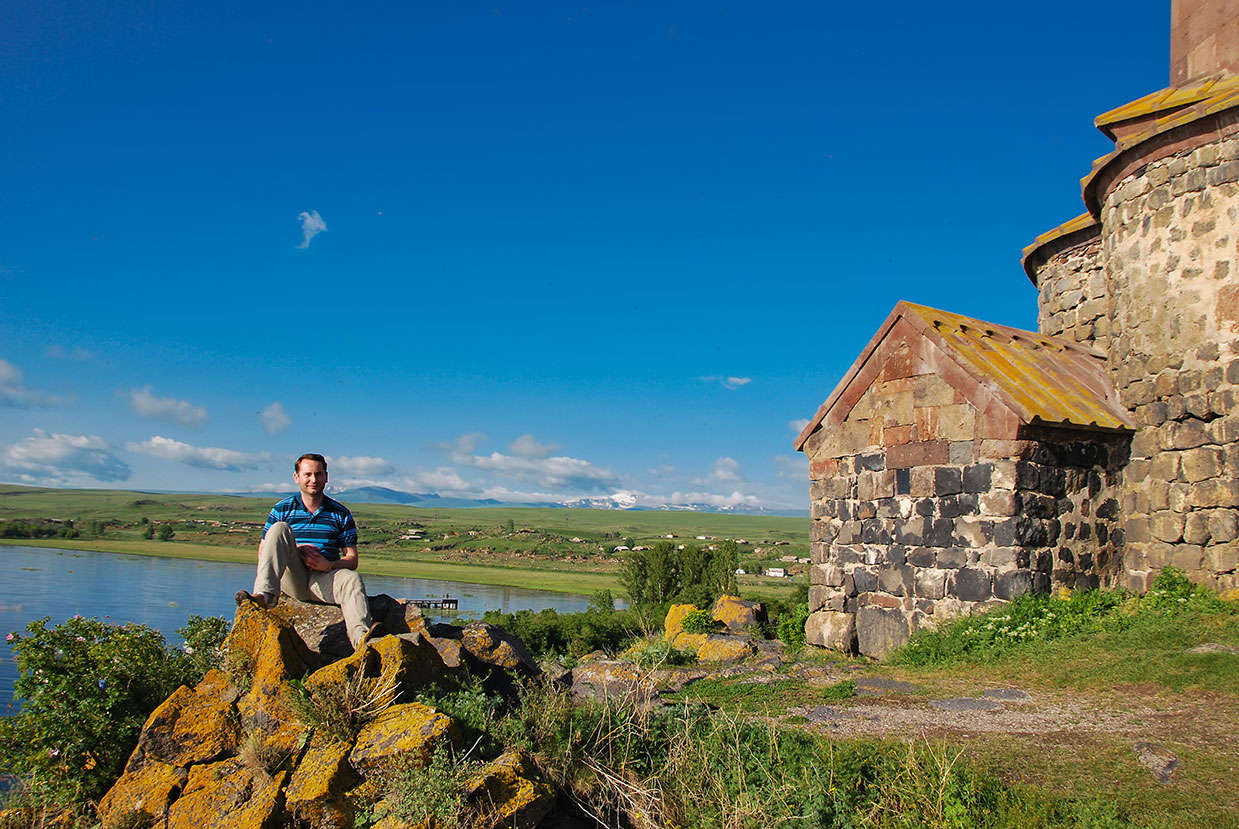 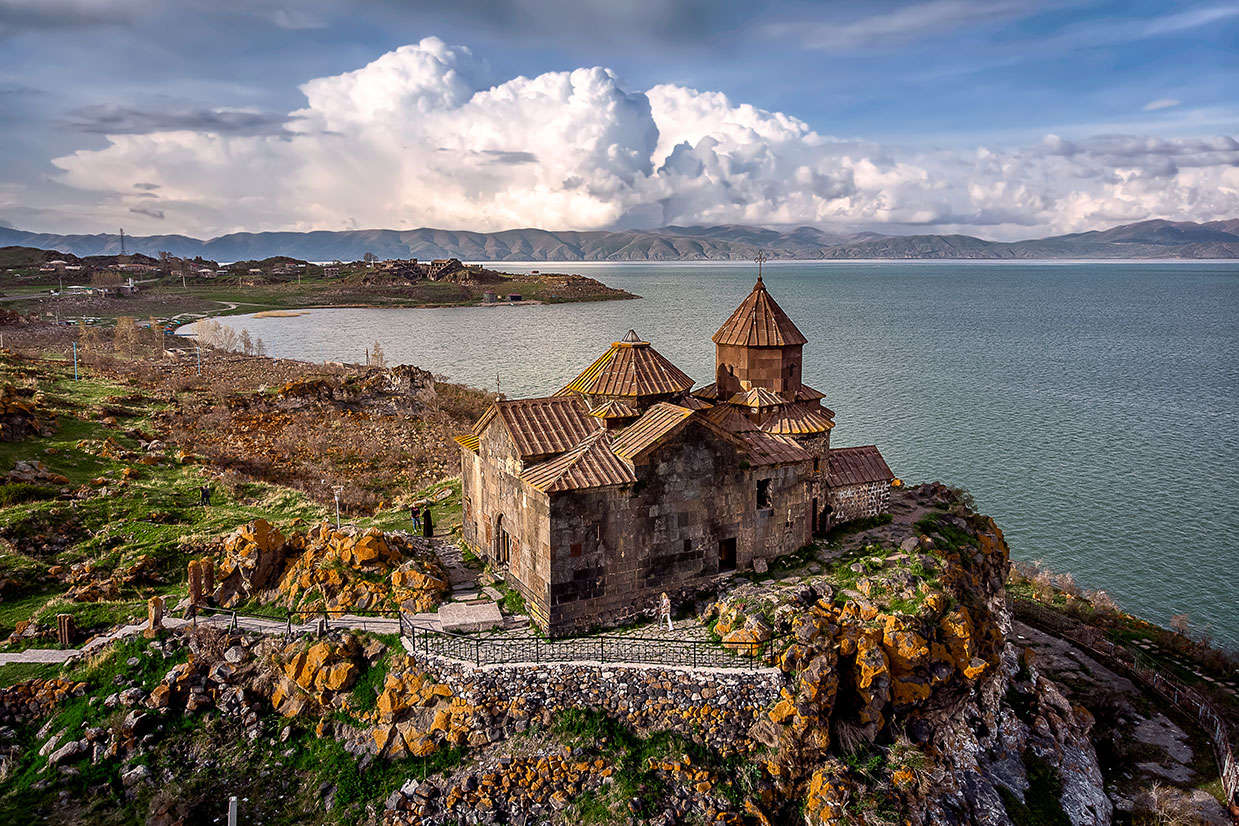 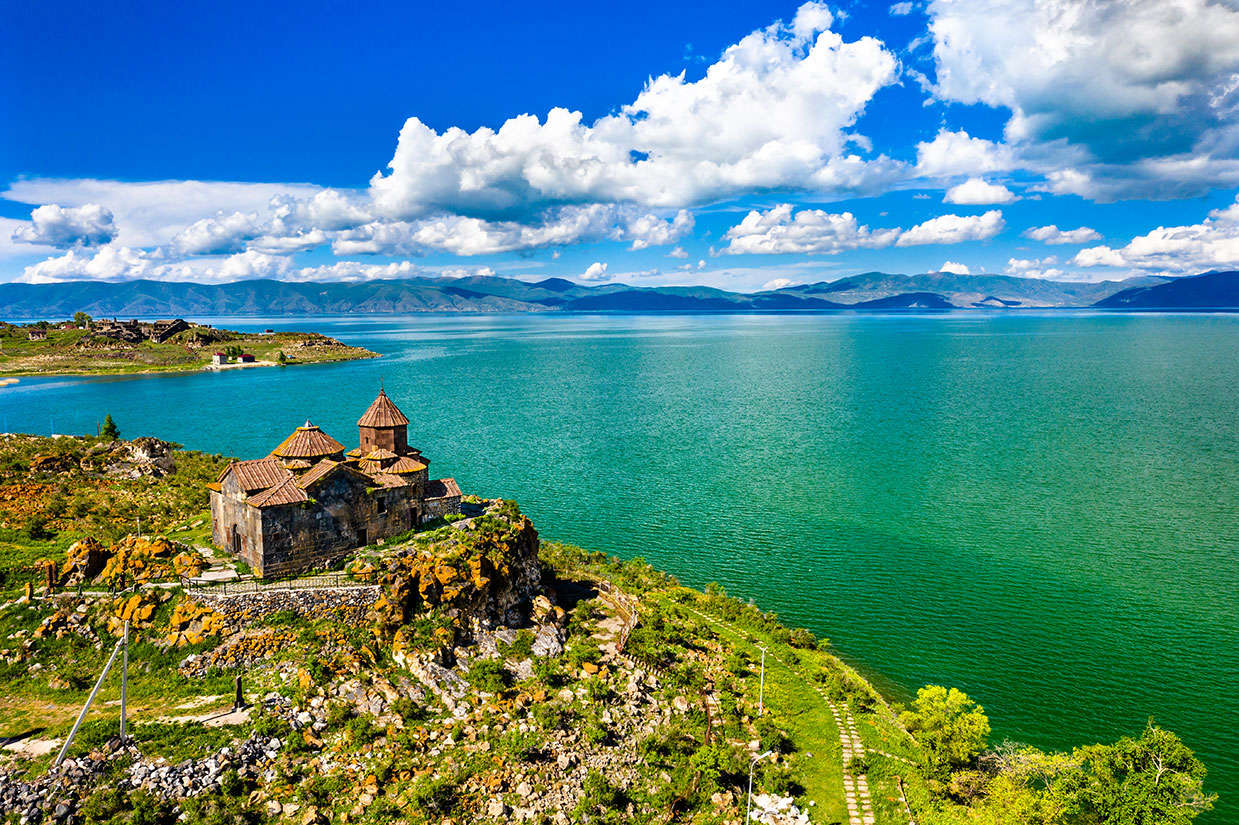 Hayravank Monastery (also called Ayrivank, Hayrivank) is located in Gegharkunik Region, on the shores of Lake Sevan, not far from Hayravank Village. It dates back tothe 9th-12th centuries. The complex consists of the church, the chapel and a Gavit. The main church, called St. Stepanos, has the shape of a square cross, which was built in the 9th century. The chapel was added in the 10th century. The Gavit was the last construction of the monastery that was built in the 12th century, thus completing the construction of the entire monastery. Throughout history, the dome of the main church has been almost completely destroyed. After the renovations, the church became functional again. The walls of the exterior are covered with masonry, making the interior design unique.

The gavit can be reached through two doorways from the western and southern walls of the main church. The dome represents the earliest patterns of masonry with red and grey tufa. This style was later practised by the majority of Armenian churches. The oldest engraving of the monastery dates back to 1211 and tells of the first reconstruction works of the complex. The most recent appearance of the monastery, which is preserved to this day, has remained from the restorations in the 1980s. There are two entries to the church, from the southern and western walls of the building. From the beginning, there was only the southern entrance, the western one was added much later. The interior of the church is quite simple, but it becomes very beautiful when the sun passes through the narrow windows of the church. The sunbeams cover the interior and create a spiritual sense of holiness for every single visitor.

As a truly ancient church, Hayravank Monastery has a legend connected with its name. During that period Armenians fought against the disrespectful Turkish ruler Timur who invaded Armenia. He demolished the monastery and left only dead bodies and ruins behind. The priest who served in the monastery could not bear it and threw himself from the rock to Sevan. Although, he managed to survive and swam to the surface. Timur was shocked by this scene, and as a respect for such a godlike act, he promised to realize one wish of the priest. The priest asked Timur to let the villagers enter the church and the church square without hurting them. The church was very small. Timur agreed as he was confident that the priest would not be able to save so many people. So the villagers began to go inside the church. After a while, nobody was outside anymore. Timur was annoyed because he thought the priest was cheating. He ran into the building and found out that nobody was inside. He also revealed how the priest turned the last person into a dove that flew out of the church window. The name of the priest was Hovhan, and the church was called Hovhanavank, later Hayravank ("Hayr" means "father"). Interestingly, the legend was written by His Holiness Ghazar Jahketsi. According to him, the priest turned his people into doves with the help of a relic of the cross of Christ, which was later taken to Sevanavank Monastery.

Another legend explains the alternative name of the church, Ayrivank ("Ayr" meaning "cave"). The White Fortress is 1 km from the Hayravank Monastery. Although there was a long distance between the buildings, there was an underground tunnel that linked these two complexes. As a classical Armenian church, the Hayravank Monastery holds many splendid cross-stones. These cross-stones are exhibited by the tombstones of the small cemetery. Hayravank is located close to the lake and thus gains a magical atmosphere and a strong connection with the beloved lake of all Armenians.