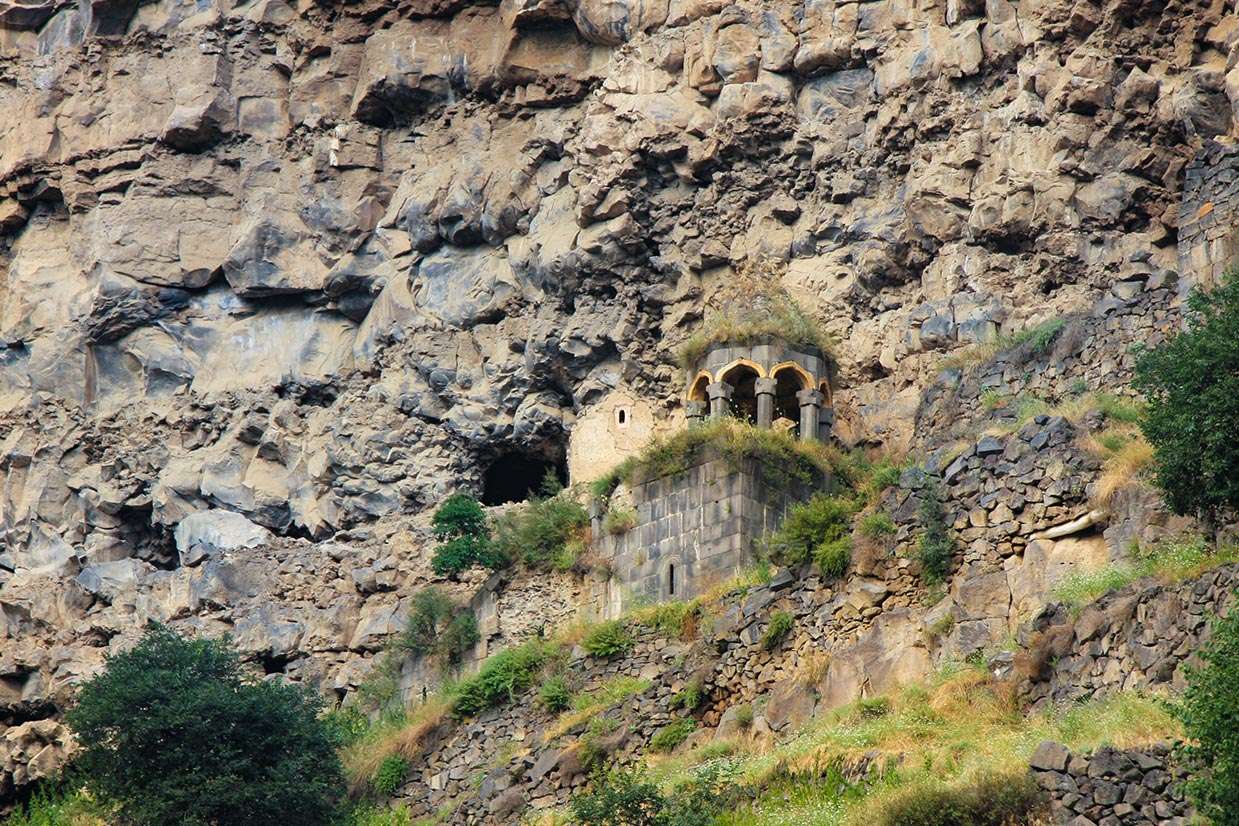 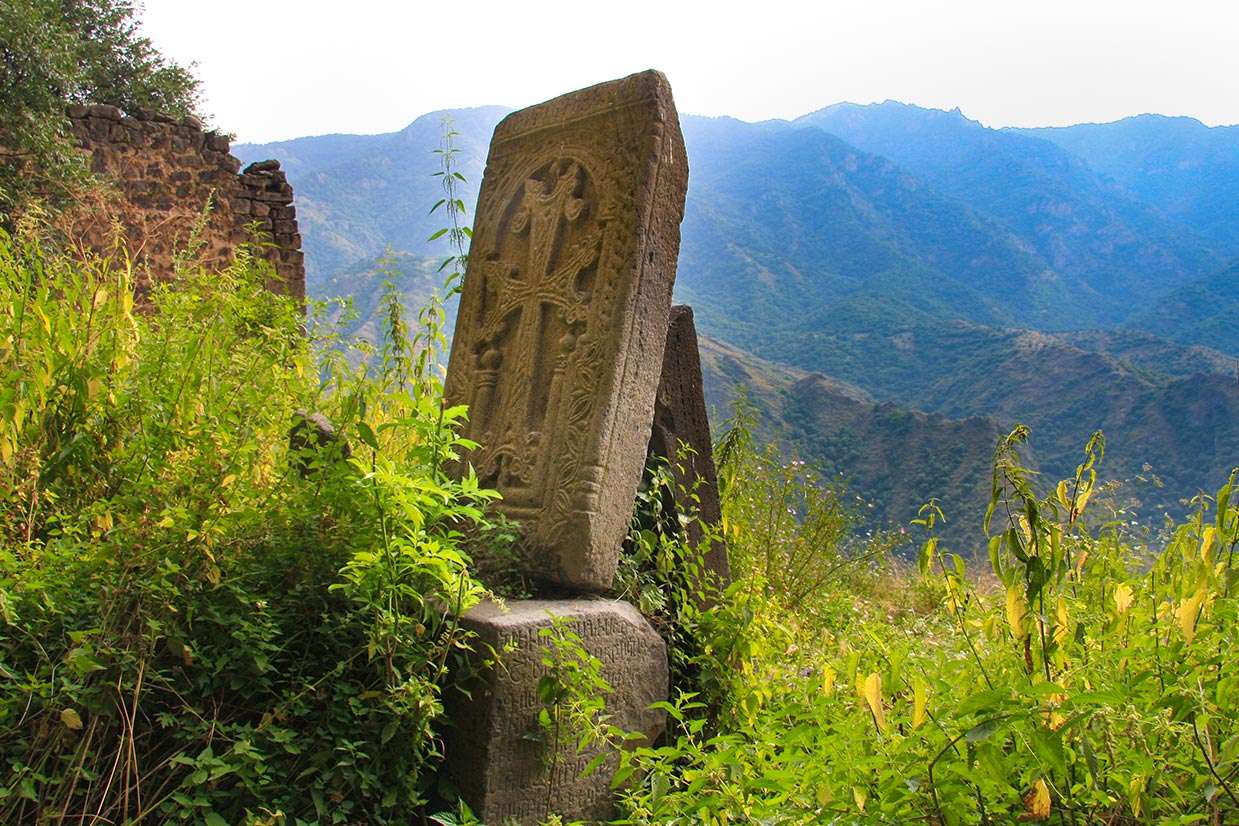 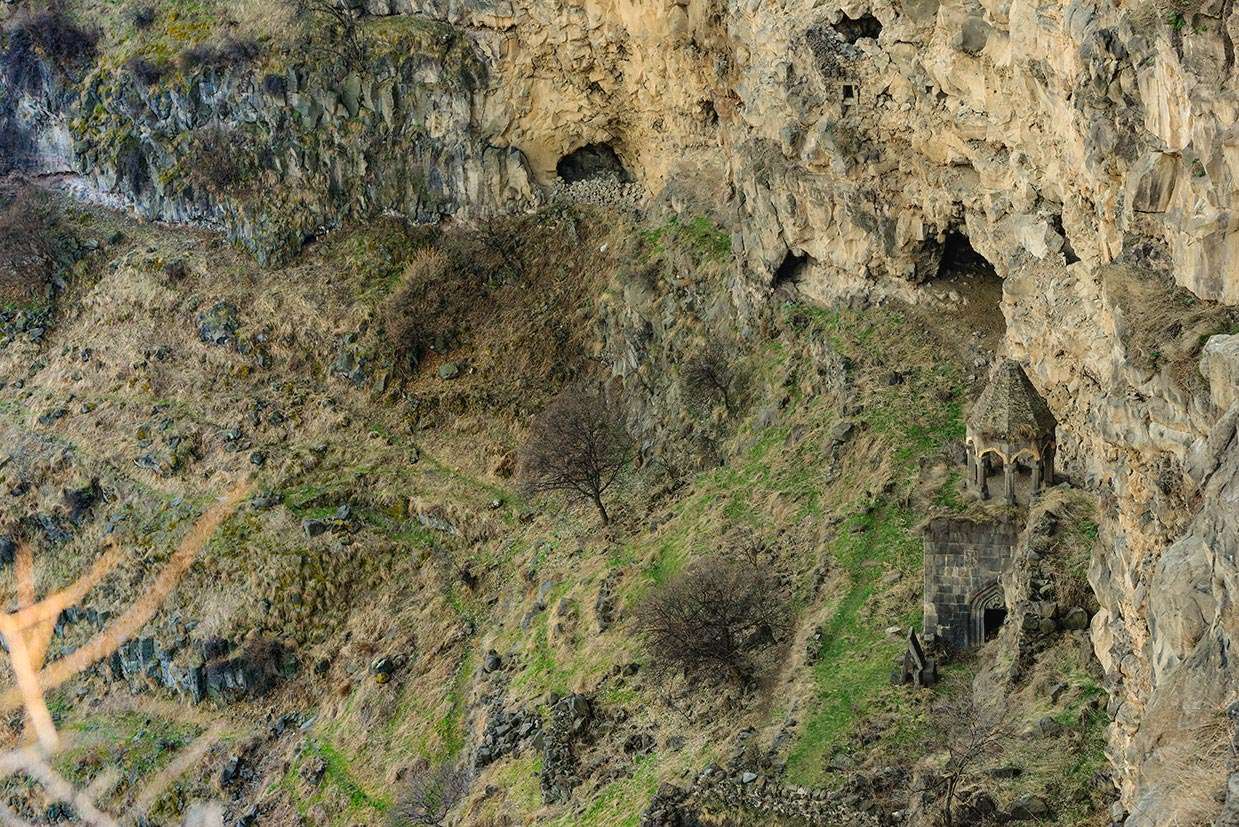 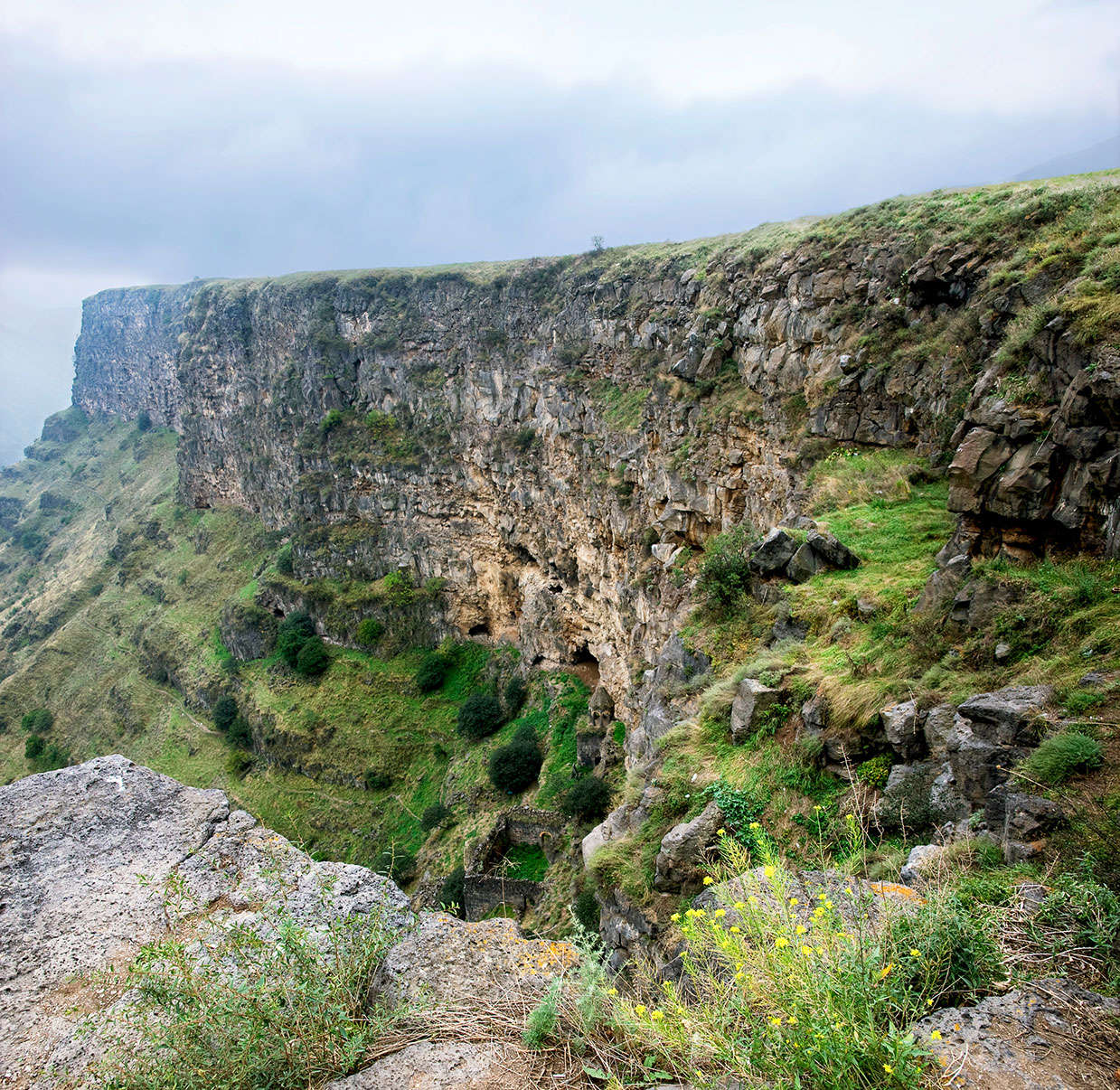 Horomayr is a monastery in the northern province of Lori, about 1 km south of the village of Odzun. The first time this monastery was mentioned in the 7th century. It represents a medieval architectural complex. The monastery lies in the valley of the Debed at an altitude of 810 m. The top of the monastery offers an indescribably beautiful view. Unfortunately, today the monastery is half-destroyed abandoned, and surrounded by overgrown flora. The monastery consists of two parts − upper part, and a lower part that are located on the bank of the River Debed. Near the monastery, there are caves from the 1st to 8th centuries, where monks used to live. According to popular belief, the monastery was built here for that reason.

These two churches later turned into a monastic complex, and a gavit (narthex) that is situated in the middle of the complex, was used for the funerals. As in many Armenian churches, there is a bell tower between the churches and a cemetery nearby. The church, which can be unfolded in the south, was built of basalt stone in 1206. The architect of this church was Grigor Kargortsi, whose patron was the Abbot Samuel. It is a single-nave church with a hall, a vault, and a pitched roof. The church has a passage in the north. There are large windows In eastern, western and southern walls. The walls are beautifully decorated with ornaments, bas-reliefs of doves and other figures. The gavit serves as a lobby for both churches. The entrance hall is built from a square yellow rock and has 4.35m length and 4.1m width. The vault within the complex has crossing arches. There is an entrance on the western part. The two churches are connected to the gavit (narthex) which does not have windows. There are also decorations with three cross reliefs on the eastern wall that are typical of the 13th-century architecture. As in many Armenian churches, there are also many burials with tombstones and cross-stones (khachkars). The gavit and the northern church probably date back to the 13th century, although the southern church is much older. The church in the northern part of the gavit, resembles the southern church in its style. The church has an entrance in the south, and there are windows in the east and west walls of the church. In the western and eastern parts of the monastery, there is a cemetery without cross-stones.

The main church was built of basalt stone in 1187 by Prince Zakare and Prince Ivane and is situated on the river. This monastery is called Surp Nshan (Holy Sign). The main church also has an entrance decorated with reliefs of Mary and the infant Jesus. It also has a bell tower which was built in 1290. The main church also has a chapel daing bak to 1201. Not far from the monastery, in the northern part, there is still a square bell tower built in 1301. In 1216, a chapel called Surp Arakyal was built, the remains of which can be uncovered today. Nearby, there is a cemetery with some cross-stones (khachkars). The monastery is a perfect destination for hikers, although it cannot be accessed easily. For all those lucky ones who can reach the top, breathtaking, imposing and picturesque views will be a real gift.