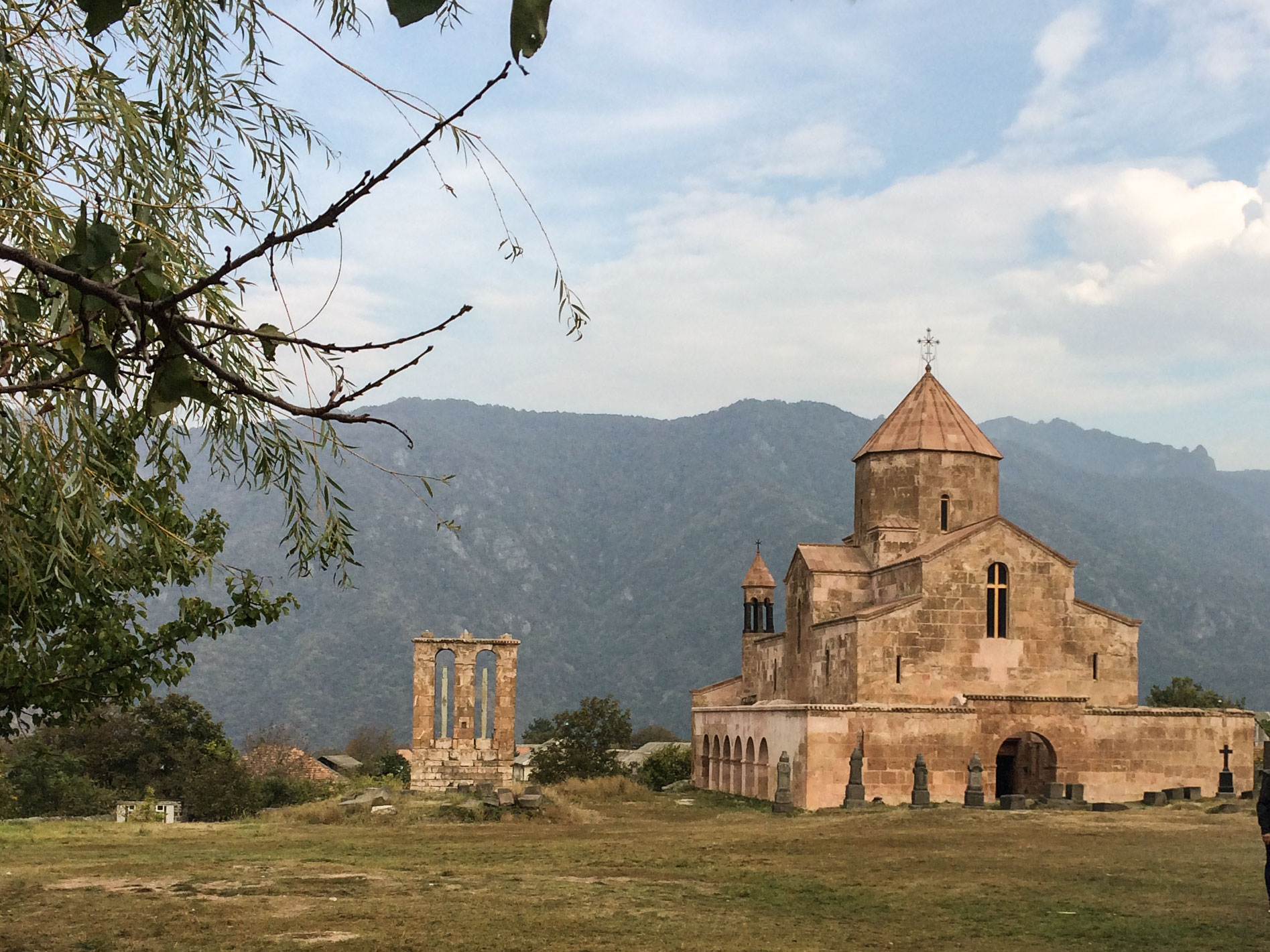 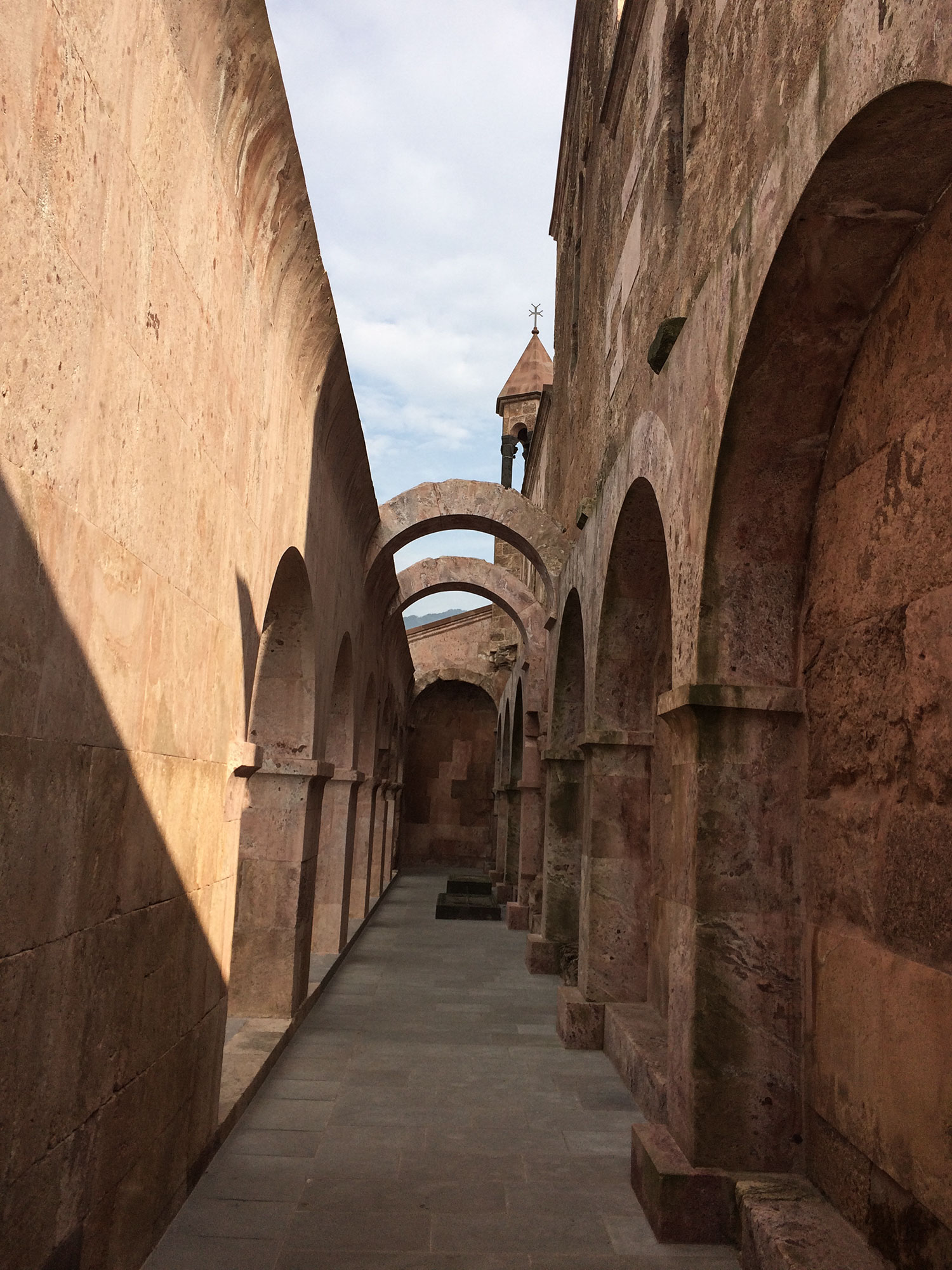 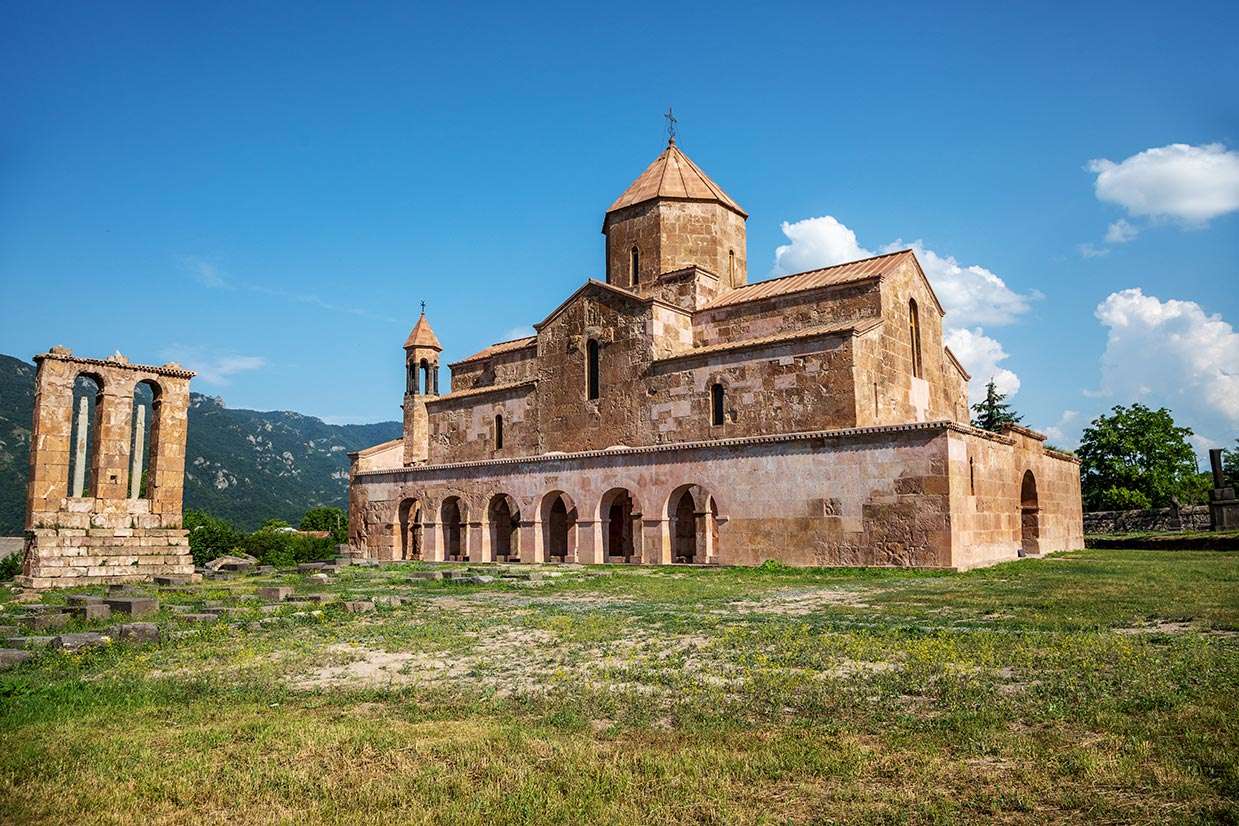 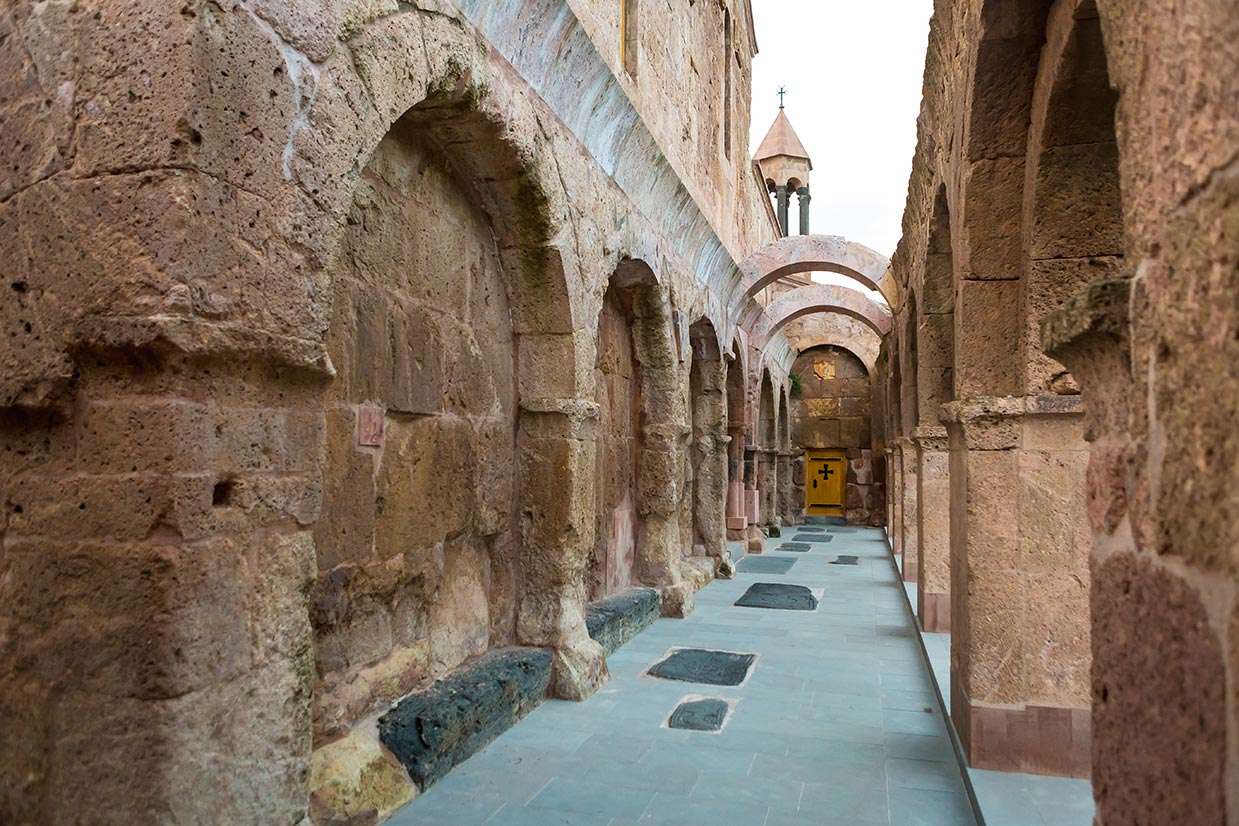 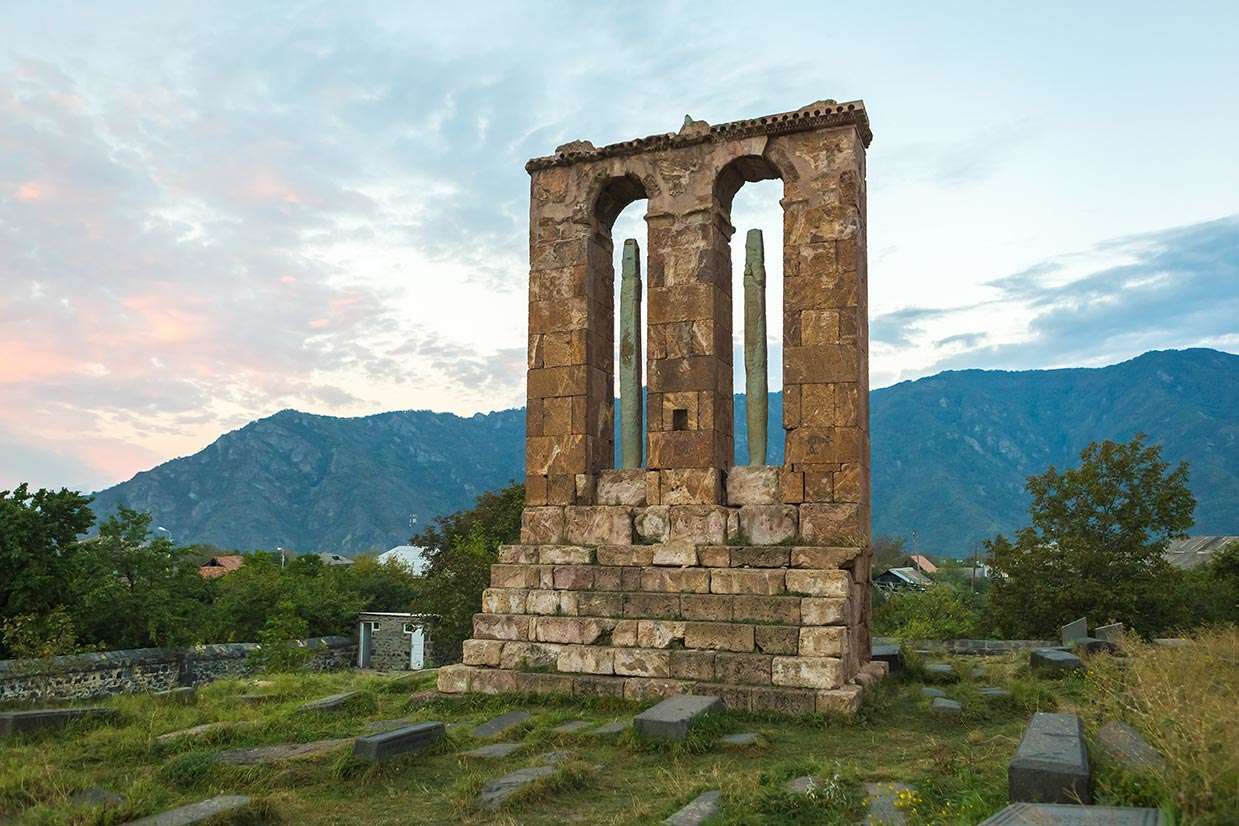 Odzun is one of the largest and wealthiest villages in Armenia. It is located in one of the most beautiful provinces of Armenia, Lori. The church was built by King Tridates III in 303-313 and then blessed by Grigor the Illuminator (the first Armenian Catholicos). Odzun is an Armenian basilica. The name of the church comes from the Armenian word "otsel" (meaning "anoint"). It is believed that one of the twelve disciples of Jesus Christ came to Armenia in the first century. This disciple was Thomas, who anointed a number of priests and bishops on the site of the church. Before he travelled to India, the apostle buried the swaddling clothes of Jesus Christ on the site of the sanctuary of today's Mother of God Church. An inscription found in the upper part of the southern door of the church provides this information. The inscription dates back to the sixth century.

Later, doubts arose regarding the veracity of the existence of the swaddling clothes, and one of the sanctuary stones was removed to see whether it was true or not, and it came to be true. The opened hole was closed with three big stones. The church was rebuilt by the Catholicos Hovhannes of Odzun (717 - 728) in his home village. As a result, the church acquired a new form. It turned into a three-aisled pink basilica, which has arched cloisters on the north and south sides, while the west cloister is a blind wall, which is broken in the middle by an arched entrance. The carving of Jesus Christ can be found on the east facade. The engraving represents Jesus with the Gospel of John and two angels below. The church has three entrances. In ancient times, there also used to be an underground passage connecting the church of Odzun with the church of Tsiranavor. The latter is built directly on a cliff. The corridor continues to this day, but the stairwell of the church entrance is filled with earth. To the northeast of Odzun church, there is a funerary monument dating back to the 5th-6th centuries.

According to the Christian grave architecture, the main facade faces west. The monument shows various evangelical scenes. The monument was attributed to King Smbat I Bagratuni, who was murdered in Dvin in 914. It was therefore built after 914. The architecture of the monument is, however, in direct connection with the monuments of the 5th-6th centuries. This church is one of the churches that has not been much rebuilt despite its condition. In the 19th century, its tiled roof was replaced by a tuff roof. The two belfries were added in the same century. During the Soviet era, the church was listed under the danger of collapse. Reconstruction works started in the 1980s. For repair purposes, the three pillars of the bow row were ruined, a number of tombstones found in the territory of the church were moved. It was also planned to strengthen the community. However, this plan was stopped and coincided with the collapse of the Soviet Union. The church has a special place among the Armenian dome basilicas because of its extraordinary outline, wealth and splendour of its forms. The village of Odzun, significant for its beautiful basilica church, is a popular tourist destination in Armenia, offering beautiful nature, interesting architecture and typical Armenian hospitality.