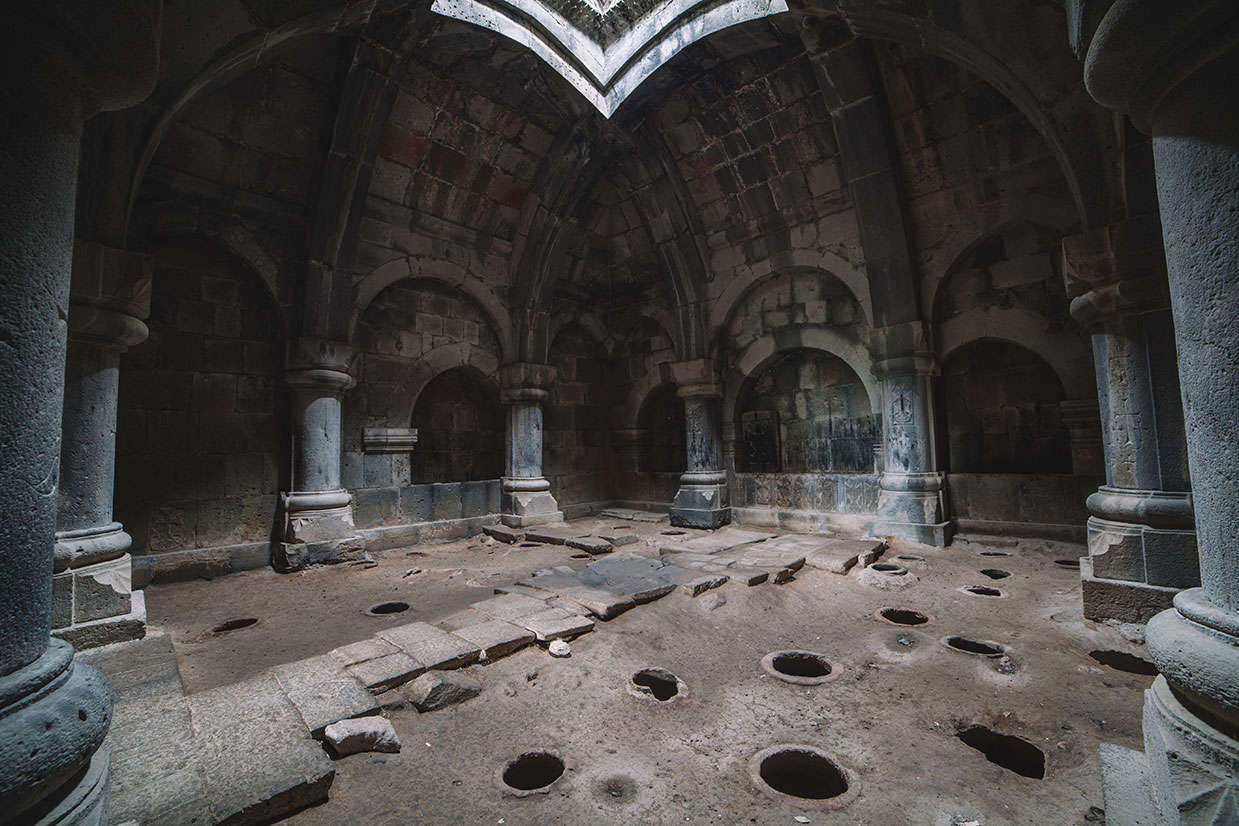 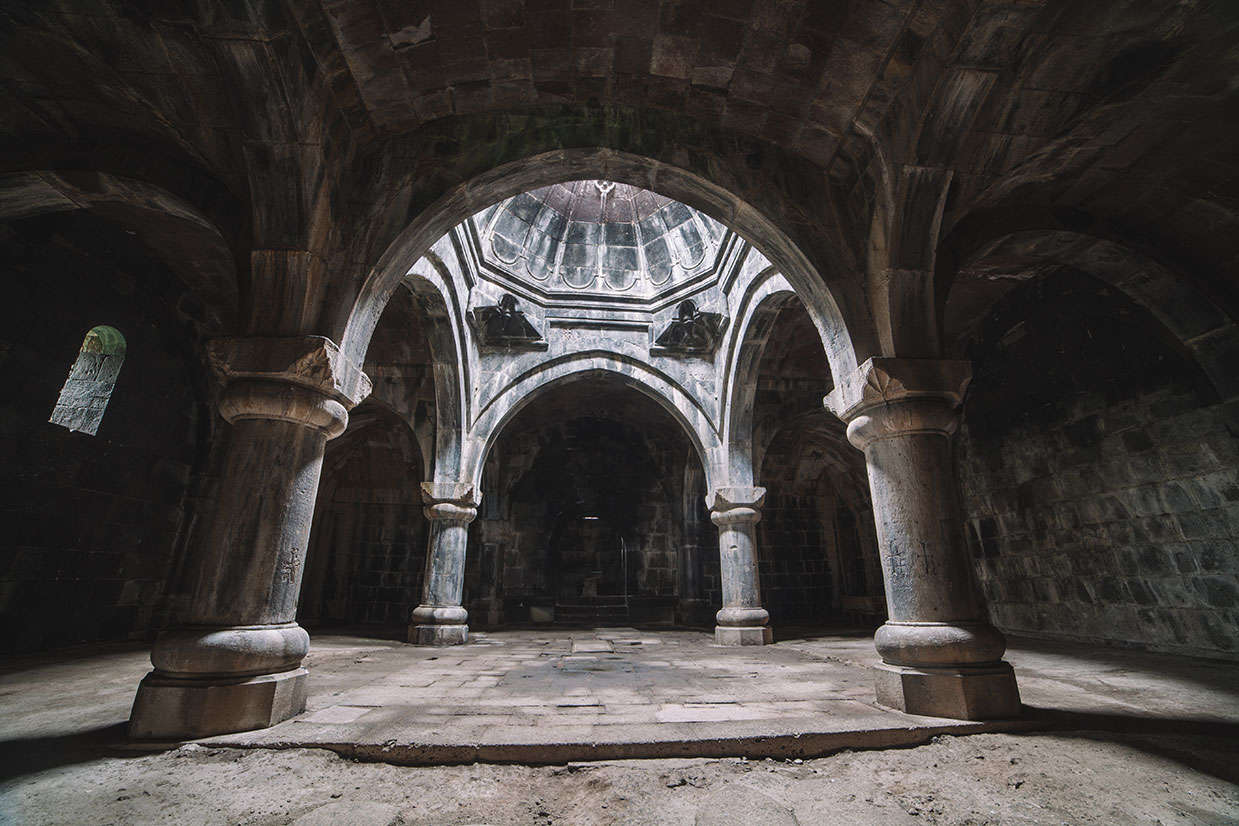 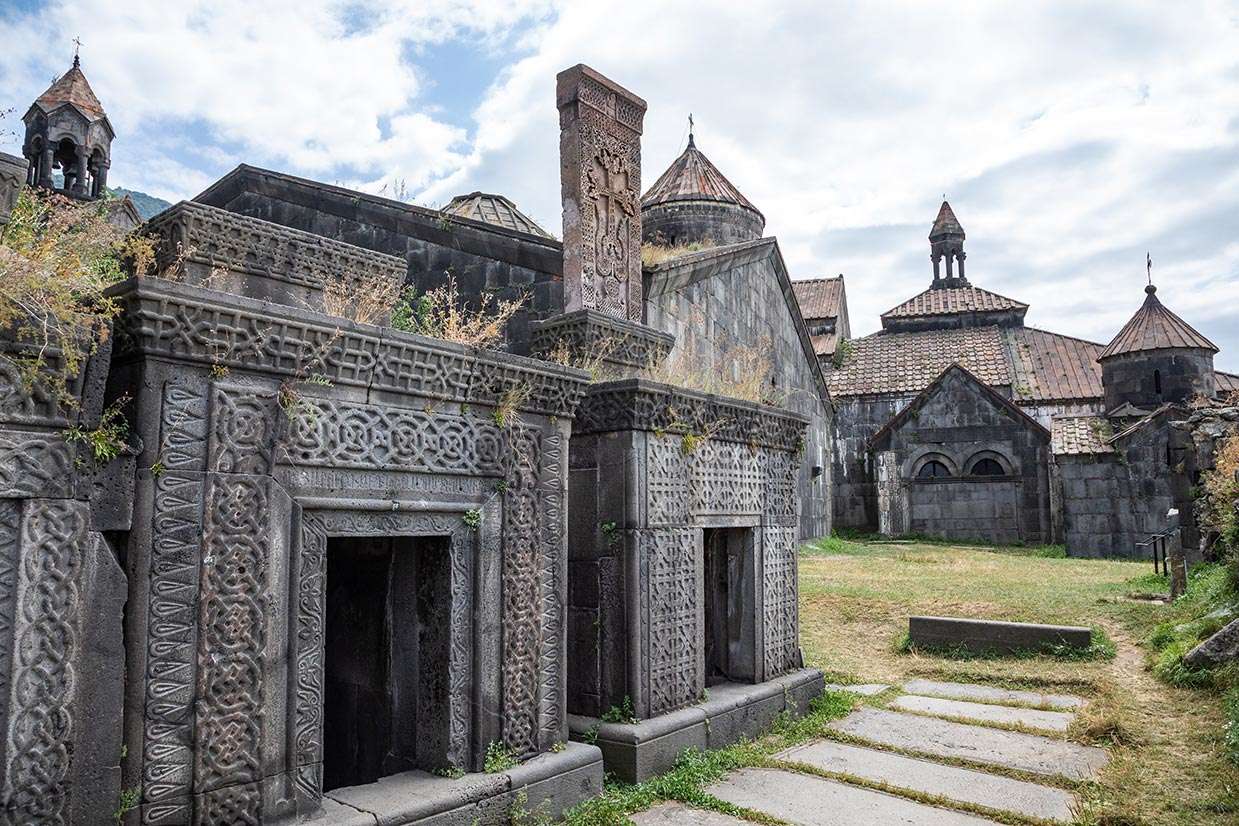 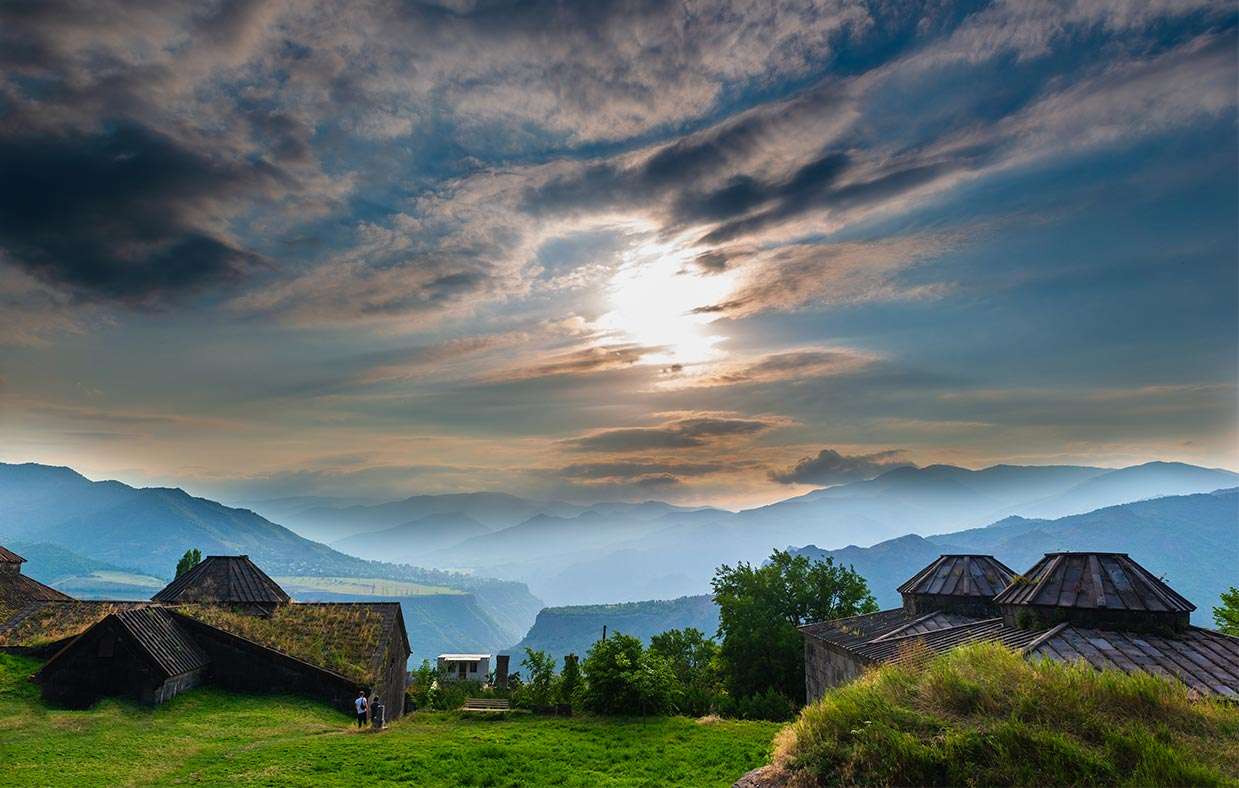 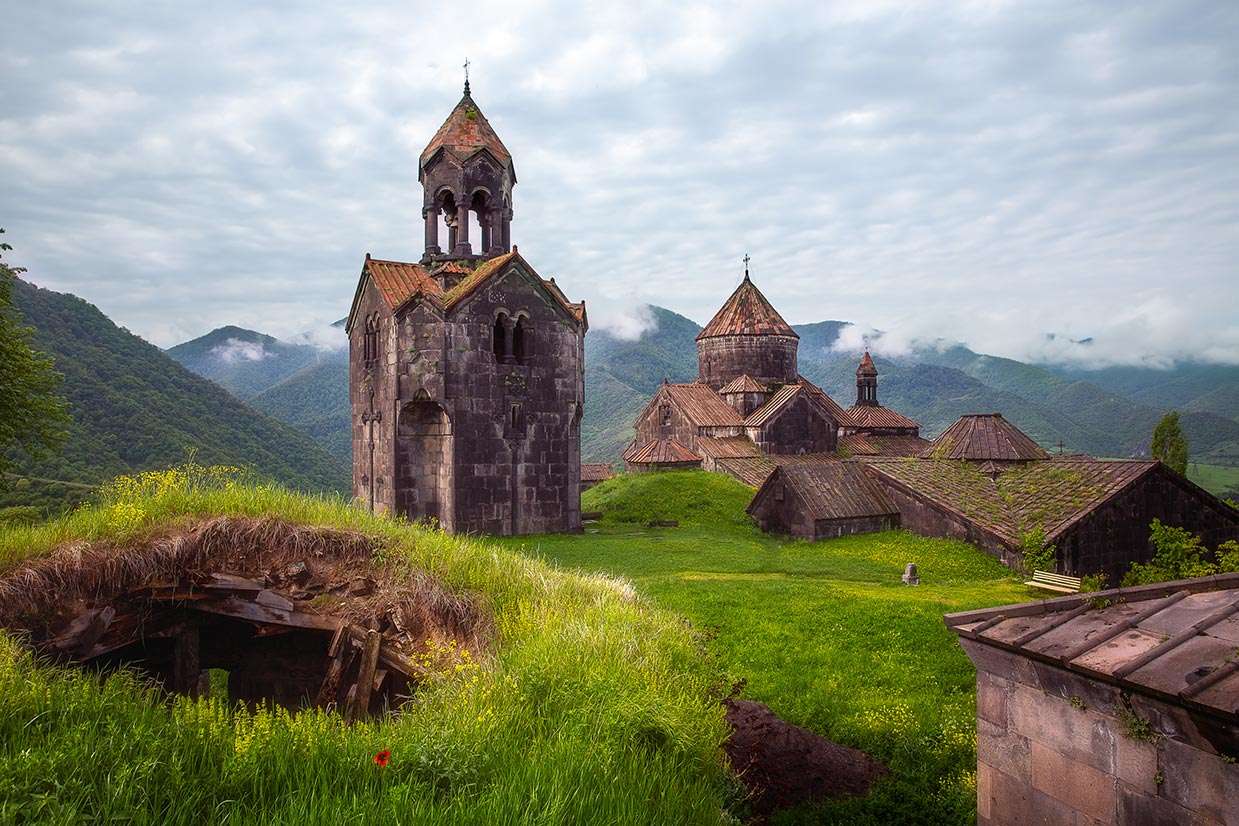 Haghpat Monastery, also known as Haghpatavank, is a medieval monastery complex in Haghpat, Armenia, located in Lori Province. It is situated in the north of the country and borders on Georgia. Vanadzor is the provincial capital and the largest city of the province. Other important cities are Stepanavan, Alaverdi, and Spitak. In 1988, the province was badly damaged during the earthquake. This region is known for its magnificent nature and historical, cultural monuments that make Lori a popular tourist destination in Armenia. It is one of the three Armenian structures that has been added to the UNESCO World Heritage List. The monastery was built about forty years after the construction of the monastery of Sanahin. Under the reign of Bagratunis, Sanahin was one of the country's largest spiritual and cultural centres.

In his film "The colour of pomegranate", Sergey Parajanov tells in vivid pictures the story of the minstrel Sayat Nova, who found refuge in Haghpat monastery in the 18th century. The monastery was founded by Queen Khosrovanush, the wife of Ashot the 3rd, presumably in 976. The nearby Monastery Sanahin was built around the same time. The location of Haghpat Monastery was chosen so that it overlooked the Debed River in the northern Armenian region of Lori. It was not built on a summit, but halfway up a hill in a place that was picked for protective purposes and concealment from prying eyes and also in a modest style which is typical of a monastery. It is built on a green promontory in the middle of a mountain outcrop, which is often covered in clouds. A peak on the opposite side of the river is over 2500 meters high. The monasteries of northern Armenia are not isolated, unlike other structures in the drylands of the country. They were built in around the villages. Haghpat is surrounded by many hamlets. The monastery was a centre of education and storage of books and manuscripts. Its library was famous, its manuscripts are legendary. The valuable book depository was stored in recessed and clay-sealed niches. Among the teachers of the monastery was Grigor Magistros and the famous thinker Hovhannes Sarkavag. In 1873, an Armenian historian discovered a cave with petrified manuscripts, which was believed to be the cave where Hovhannes studied and kept his library. His tombstone is located under the bell tower of Haghpat. At that time, several hundred monks lived in the Haghpat Monastery. The oldest surviving church in the monastery is St. Nshan's Church (Holy Sign). It is accessible via the gavit (narthex). It was constructed between 976-991 on behalf of Queen Khosrovanush in honour of her sons Gurgen and Smbat. St. Nshan is a cross-shaped church surrounded by a rectangular building. The building is crowned by a large dome, which was renovated in 1113. From the outside, it seems to be a rectangle, but inside it has a shape of the cross. The dome is spectacular.

The complex also includes a medieval learning centre, several churches, medieval walls, and other buildings. In the vicinity of the monastery, there are also a number of magnificent khachkars (cross-stones) from the 11th-13th centuries. The monastery was damaged several times during many centuries of its existence, but then it was rebuilt. Today, a large part of the complex is still intact and without significant changes. Haghpat is a masterpiece of Armenian architecture that always attracts many tourists as well as locals. The monastery in beauutiful surroundings is a popular destination in Armenia.