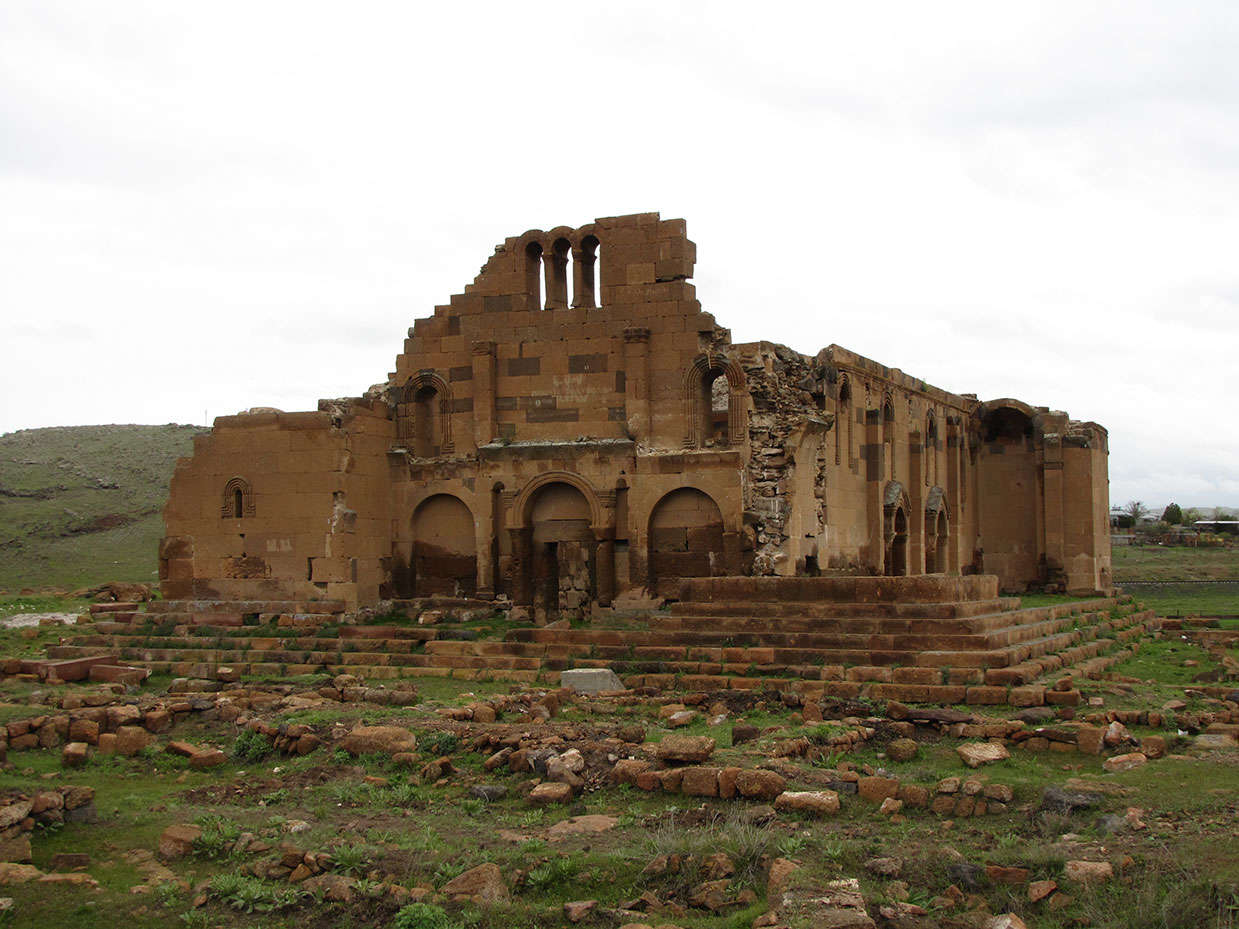 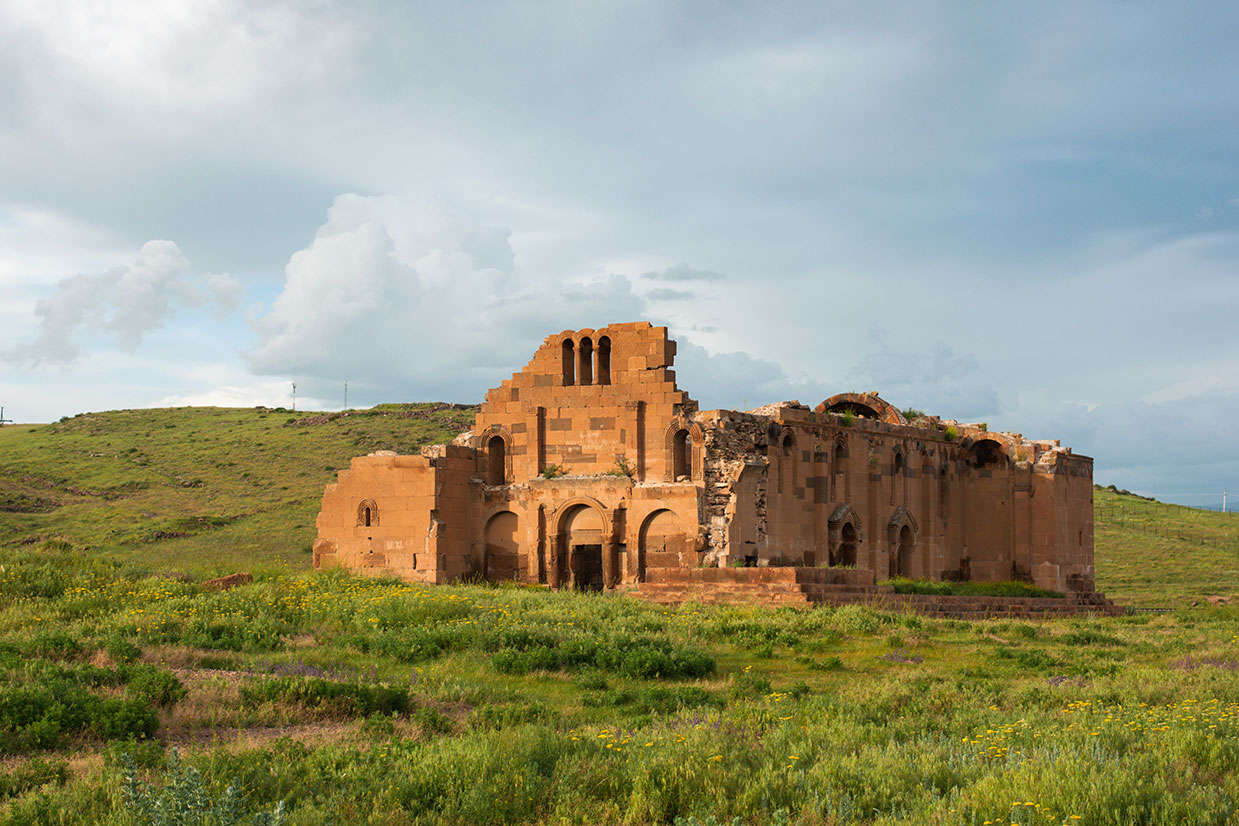 Yererouk is a former church building located in the northern Armenian province of Shirak near the Anipemza settlement. It is a three-nave basilica from the 5th to 6th century, built with a clearest Syrian influence. It was constructed on a plateau near the Akhuryan River. It was severely damaged by an earthquake in the 17th century and partly restored in the first half of the 20th century, except for the missing roof. Since 1995, the mighty ruin has been added to the UNESCO World Heritage Tentative List as the most important pre-Arab Armenian basilica. There is a grave from the 8th - 7th century BC near the church. The Urartian bronze girdle was revealed here, the design of which resembles Scythian and Assyrian grave finds. The basilica is considered one of the oldest examples of Armenian architecture in the early Christian era (4th-6th centuries). The construction began in the 4th century, then in the 5th century and finally ended in the 6th century. However, it is not mentioned in any source and the information is hypothetical. Most recent studies have compared the architectural features with the stratigraphic studies, the study of sculptural decoration and epigraphy, and have shown that similar churches can be found in Syria.

In the Armenian language the word "Yererouk" means "trembling." The name comes from the folk tradition and is derived from its unique architectural solution of the structure, which seems to tremble on its 6 columns for the viewer from afar. Yererouk is the most obvious and perhaps the earliest example of the basilica style of Armenian church buildings, that is built on pillars. The church was surrounded by thick walls. From the surrounding buildings, underground rooms and the water reservoir, it becomes clear that the church was the centre of a developed residential community. The three-aisled building with its thick sidewalls is one of the largest Armenian churches of the time. With arcades on the north, west and south sides, two small chapels near the apse and two abyssal niches at the end of the side arcades, at its origin the basilica could have been covered with wooden trusses. The northeast chapel mostly consists of two superimposed vaults, which are inclined to the superior part (near the higher nave).

The basilica Yereruk is similar to the architectural system of Syrian basilicas (high angular towers protruding on the west facade) and its sculptural decoration (decorative band on the windows). At the eastern end of the south façade, there is a Greek inscription similar to the 5th-century Syrian church of Qal'at Sem'an. Along the south and north sides, there is a tympanum portal, which is decorated with dentils that have a bow. The west facade is characterized by two windows reminiscent of the main façade, with various decorative elements and, in the upper part of the façade, there is a three-lobed window illuminating the nave. The sculptural ornaments emphasize the emblematic and apotropaic motif of the Maltese Cross (with 4 identical links) inscribed in a medallion, sometimes adorned with animals or trees. The central crossed medallion is often supplemented by two lateral medallions, which are designed like rosettes or daisies. The Basilica had to be decorated with a painted decoration but now we could only find them on the apse window and on a composition on the west portal architrave in the south facade. Thanks to interesting architecture and beautiful surroundings, Yererouk is a popular tourist destination in Armenia.