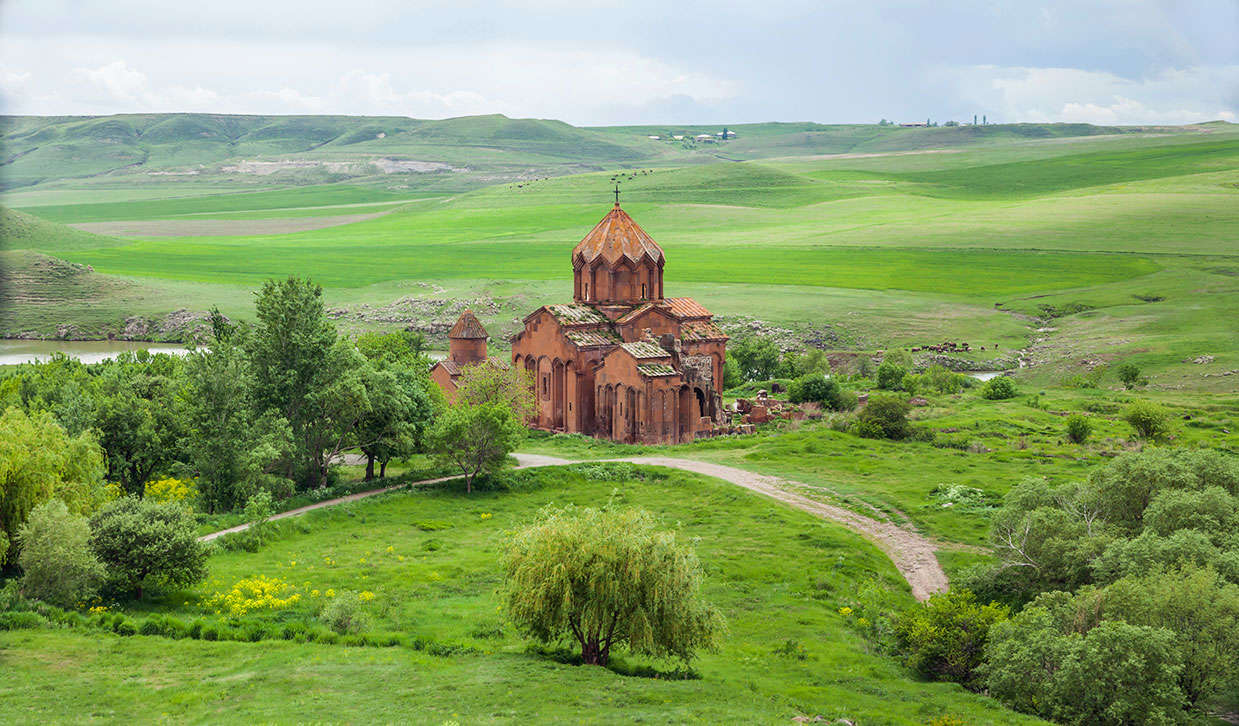 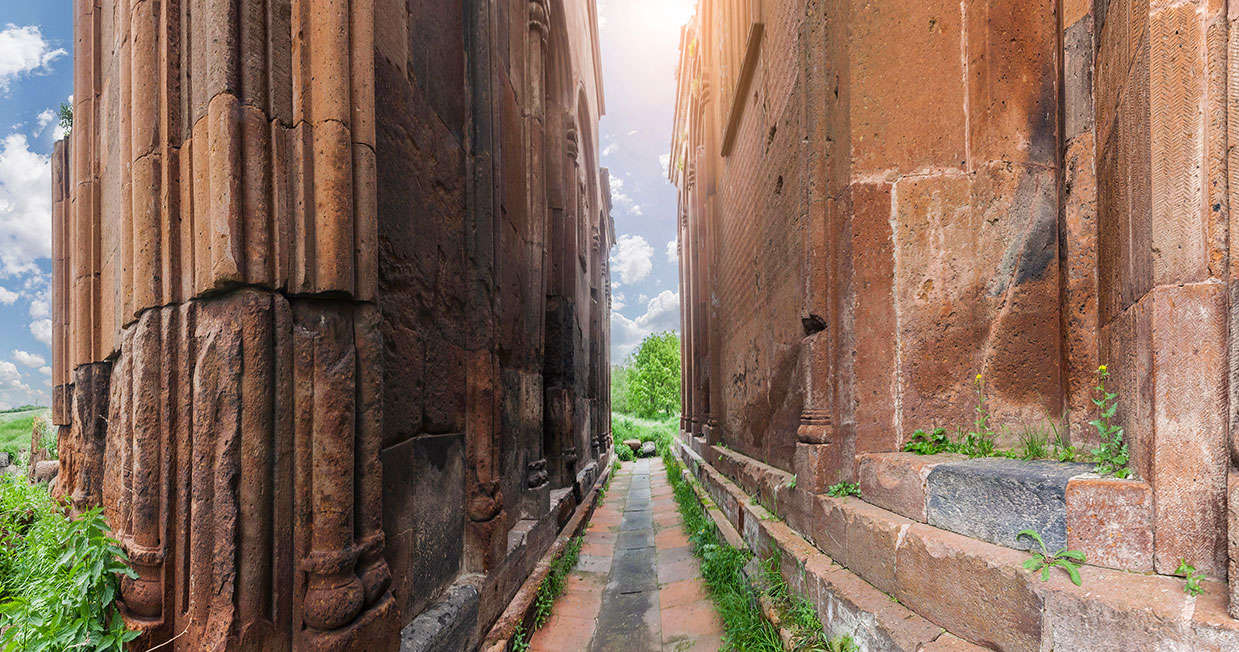 The magnificent Marmashen Monastery is located on the left bank of the Achuryan River, about 2 km from the village of Marmashen in the Shirak Province. According to inscriptions on walls, the patron of this monastery is Vahram Pahlavuni, who built Marmashen between 988 - 1029. The new name commemorates the most important ruler of this region, Vahram Pahlavuni. Marmashen served as one of the most significant spiritual centres of medieval Armenia and has a great architectural value. The monastery consists of four churches and the ruins of Gavit. The main church is called Katoghike or St. Astvatsamayr (Holy Mother of God), the second church is constructed very close to Katoghike. It is believed that the smaller church was the imitation of the main church, as it has the same style and class.

The architecture of the Katoghike Church includes the most typical Armenian patterns and structures. Although the inner and outer walls are made of tuff, which gives the building its reddish undertone of the churches, basalt is used for the foundations. The third church is also small. Nearby, the ruins of the Gavit can still be discovered today. Unfortunately, only the lower parts of the walls survived. Interestingly, the Gavit rises directly on the tomb of Vahram Pahlavuni. The grave belongs to medieval times, but the tombstone is quite new. It dates back to the 19th century. Katoghike and the third church were destroyed during the invasion of the Seljuk Turks. The buildings were later renovated in 1225 by the descendants of Pahlavuni. This resulted in slight changes to the original design. One of these noteworthy changes is the Holy Altar, which was decorated similarly to the Ani Cathedral. The latter was in the city of Ani, which at that time was a prominent centre of all spheres of life. The fourth church was later discovered during excavations, which were carried out in the 1950s. These were only the beginnings of archaeological projects, that was resumed in the 1970s and lasted about 10 years. The exterior of this church used to be in the shape of a circle. The remains found during excavations can be observed today.

Life and human activity existed in this area long before Christianity. The place is very popular with excavations and archaeological finds. Together with household items, weapons, and tonidolen from the Bronze and Iron Age, cuneiform writing was also found. According to the inscription, King Argishti collected taxes, slaves and various treasures and left the territory without taking it into his kingdom. These words are the evidence that Urartian forts or structures had never been constructed in the area. On the other hand, excavations were not carried out under the existing construction. So there is still little opportunity to discover buildings older than Marmashen Monastery.

Vahram Pahlavuni was an avid master builder in the Shirak region, who was honoured by the king of his dynasty. He probably ruined older buildings to start building new constructions. Some records indicate that even his gardens were full of small buildings. One thing is certain, Marmashen is one of the oldest churches in Armenia and a perfect reminder of the traditions used in the architectural schools of Ani and Shirak. This is one of the features that make this monastery so unique, as there are currently not many churches typical of Ani school in the present-day territory of the Republic of Armenia.