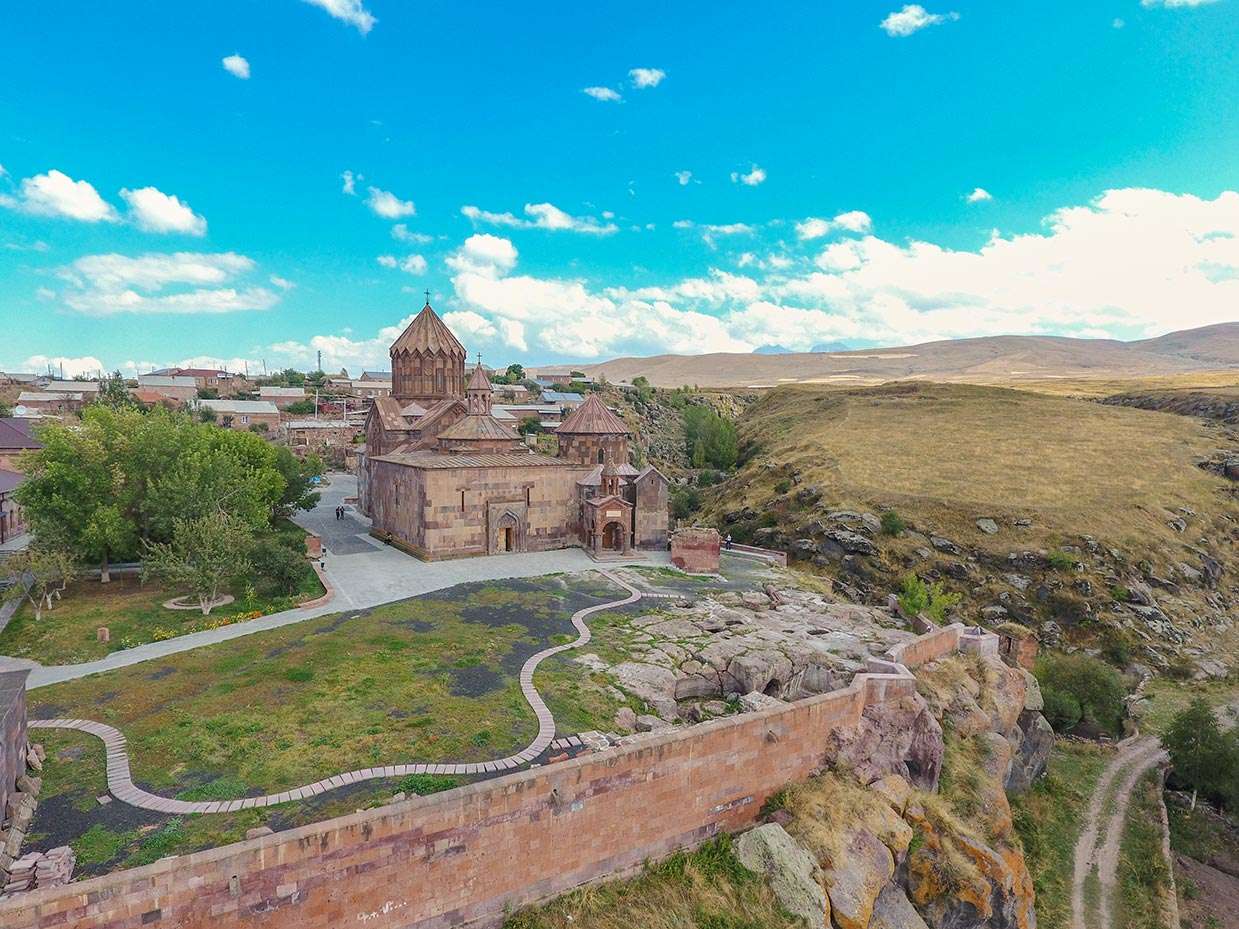 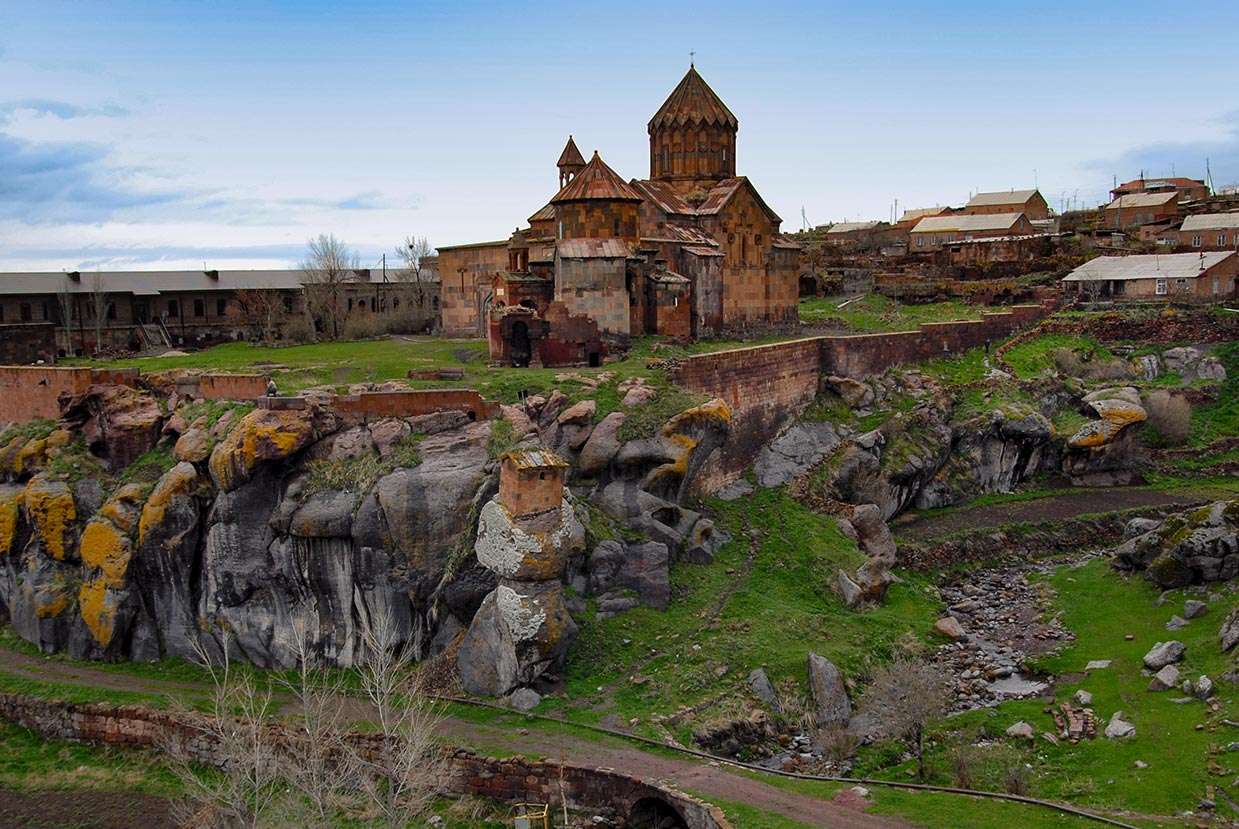 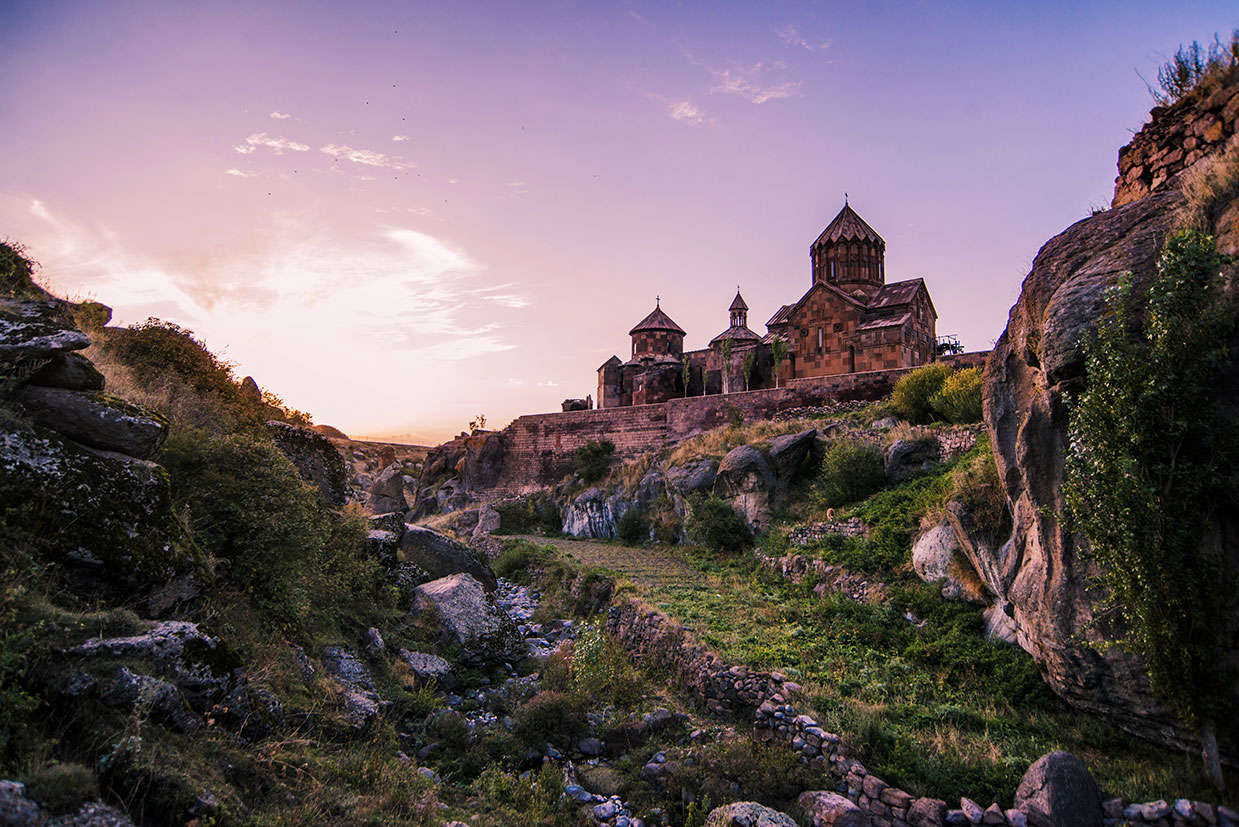 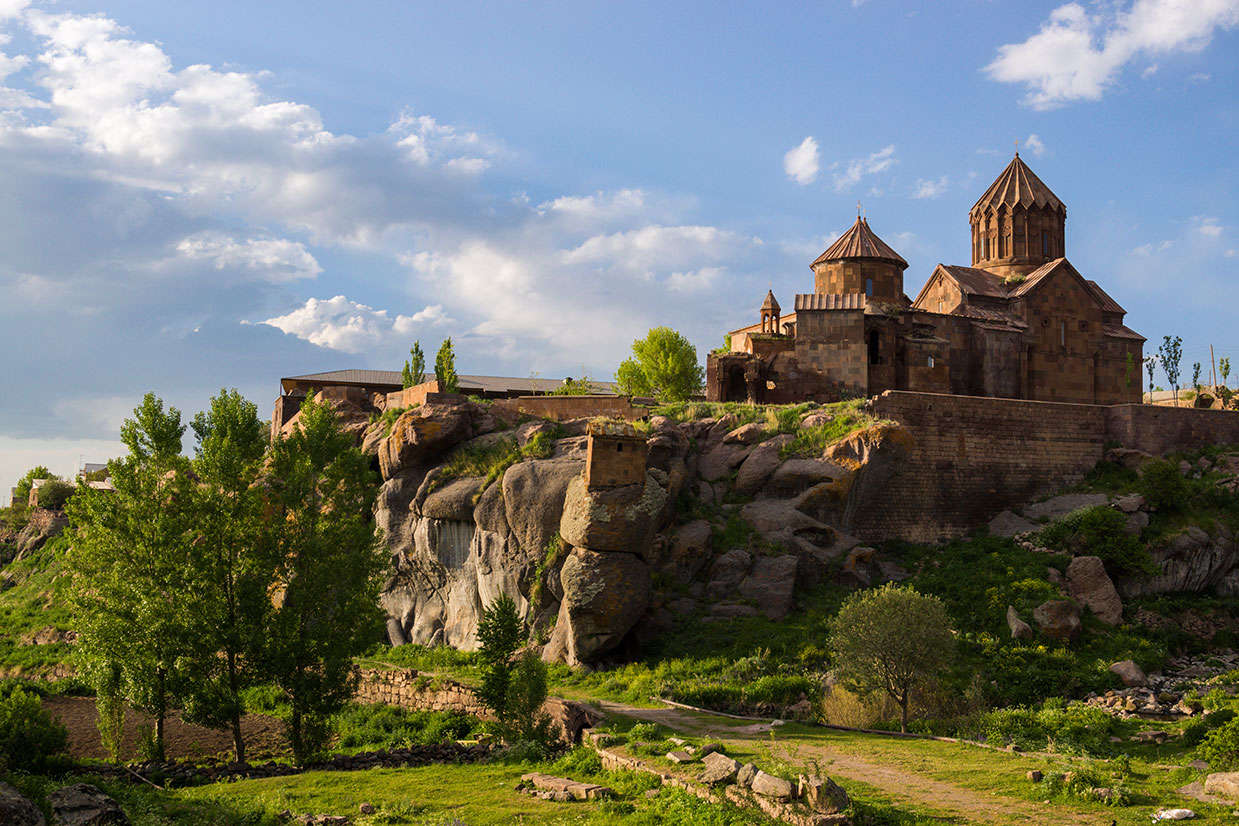 The name of the village Harich has been known since the 2nd century BC, but it gained its significance after the founding of the monastery of the same name in the 7th century. Harich is the last major settlement on the slope of the Aragats. The Church of St. Gregory the Illuminator was the first one to be built here. Only at the beginning of the 13th century, the ruling family of the Zakaryans built today’s main church, the Church of the Holy Mother of God. The other buildings were built in the 19th century: the monastery museum and other small buildings essential for monastery management. Formerly, the complex was used as the summer residence of the Catholicos. Many famous Armenian writers of the 20th century studied in the monastery school of Harichavank, among them Avetik Isahakyan (1887-1889). Also today, as there are many students studying at the seminary of Harichavanak, the monastery continues to be a significant spiritual centre.

This monastery was a scientific centre of Armenia. Today, one of the oldest bibles, written in the Harichavank Monastery in 1291 is held at the Matenadaran. The ruins of a small single-nave basilica from the 5th-6th centuries with extended altar apse and interesting tombstones with ornate panels can be discovered in the nearby cemetery. The founding date of the monastery is unknown, probably it was built in the 7th century when its first church was built. At the end of the 12th century, princes Ivane and Zakare (Zakharians) bought Harich from Prince Pahlavuni and built a new church, fortress walls and some service buildings. The privileges granted to the monastery by the princes contributed to its becoming a major cultural and educational centre of medieval Armenia. At the end of the 12th and the beginning of the 13th century, two monumental gavits (narthex, vestibule) were built of large stones, one of which was 3.5 meters long.

Over 800 years, the monastery was rebuilt and restored several times. At different times, small outbuildings and chapels were added. The first church of St. Gregory had the style of a winged dome and dates back to the 7th century. The second main church of Astvatsatsin (Mother of God) was built in 1201. From the outside, the church has rectangular and inwardly angled domed buildings with two-storey outbuildings in all four corners. The inner sidewalls of the western extensions, which are supported by cantilever stone steps, are built as three-aisled colonnades that are unique in the history of the Armenian architecture. The interior is characterized by its strict architecture. The only furnishing is a carved ornament on the front wall made up of traditional 13th-century motifs. Different parts of the facades are decorated with rosettes, sundials, reliefs of a siren bird with a woman's head and a crown, pigeons and other birds - these are widely used in Armenian engravings.

An inscription on the cornice of the left part of the eastern facade says: “God, show mercy to those who have done their work. Amen." This is a rare phenomenon in Armenian epigraphy when the builders cut a stylized inscription in relief instead of a geometric ornament that is usually made on all other cornices. The ruins of a sacristy are to the south of the Grigory Church. Judging from the surviving northern half of the building and the peculiarities of its architectural details, it was a four-column sacral chapel from the early period, probably from the late 12th century. In the southwestern corner of the monastery, on the edge of a rocky ridge, rises a small vaulted chapel from the 12th century. As a result of an earthquake, part of the rock with the chapel separated from the main area of the monastery. Therefore, it is now impossible to get into the chapel without climbing.