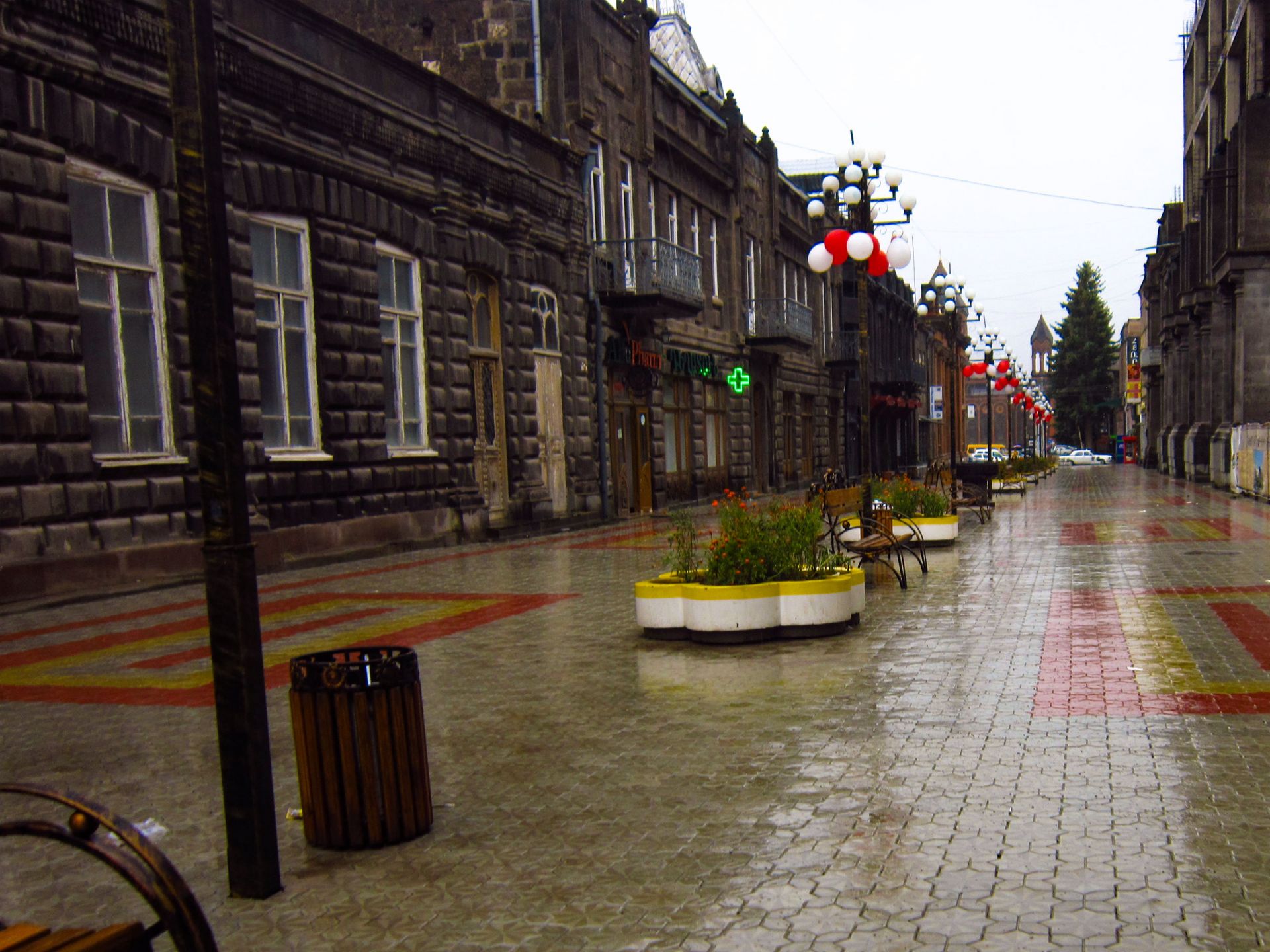 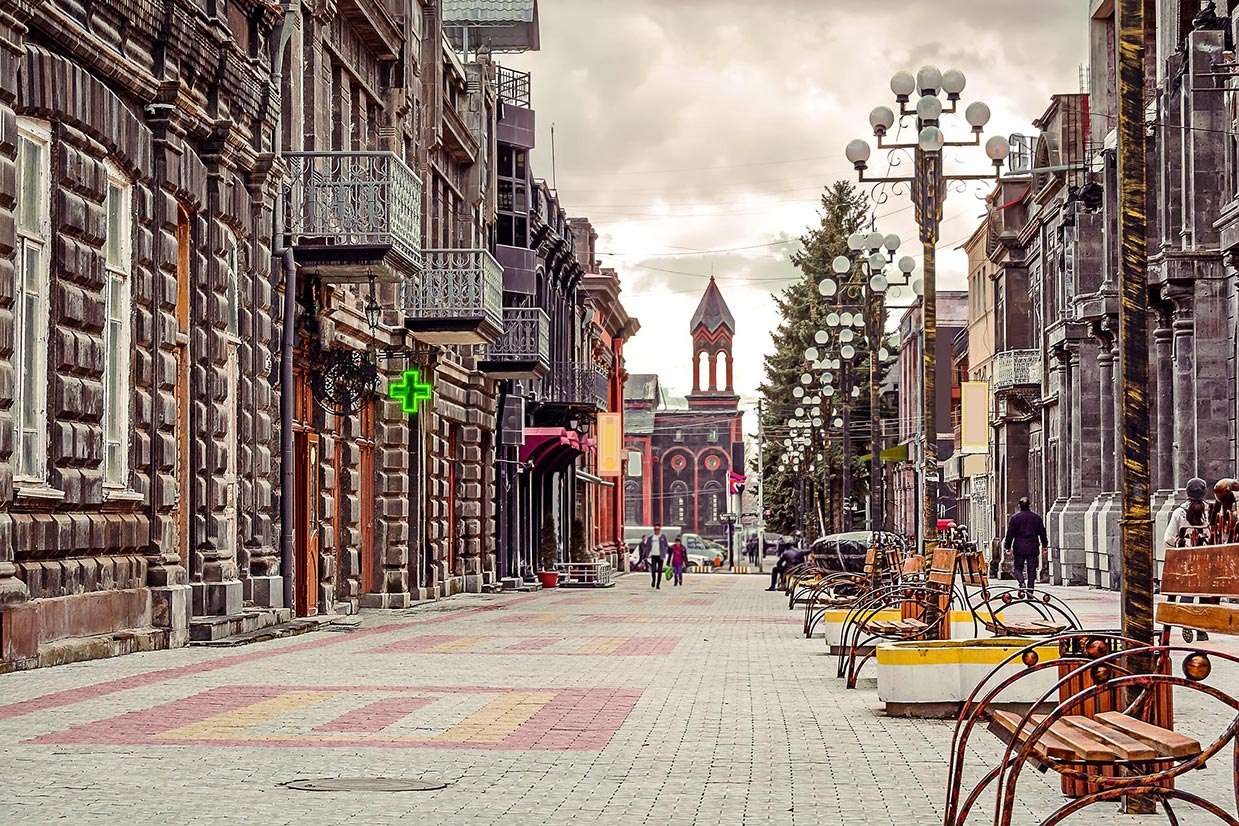 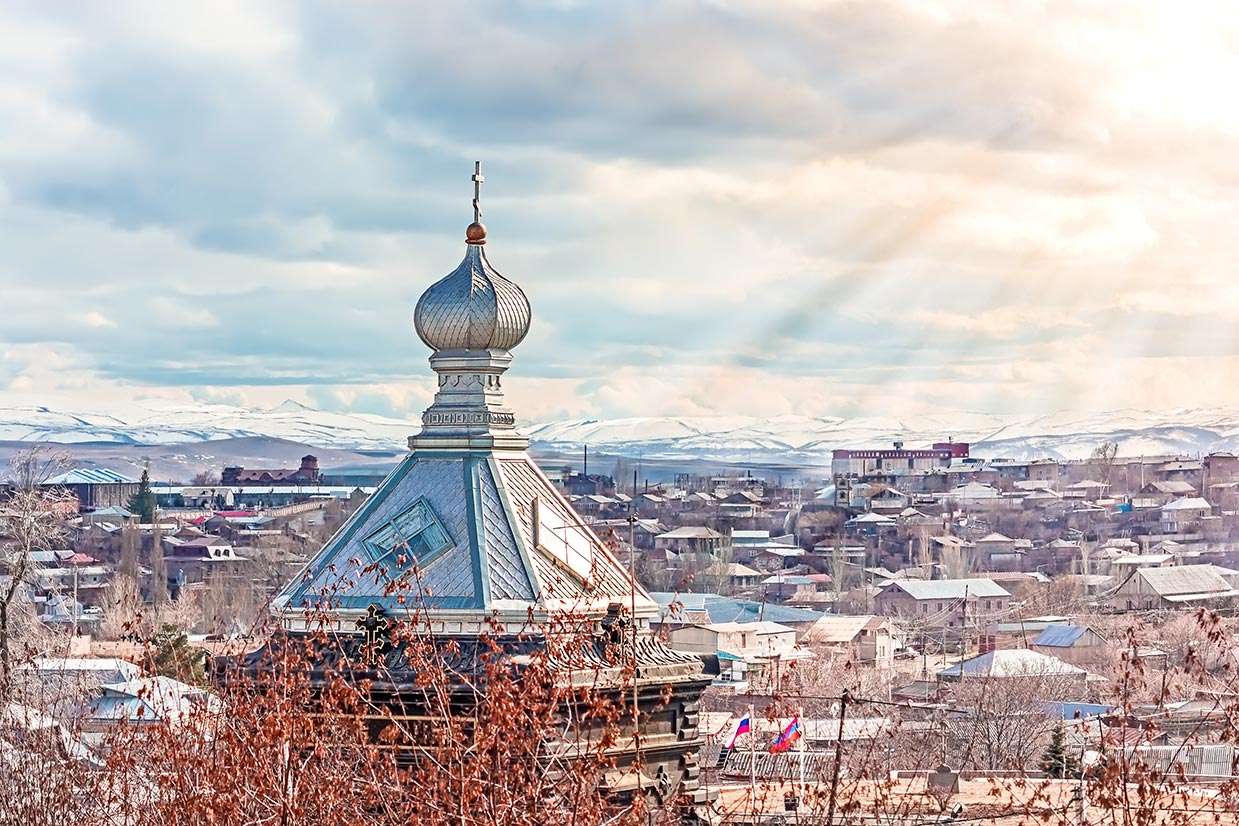 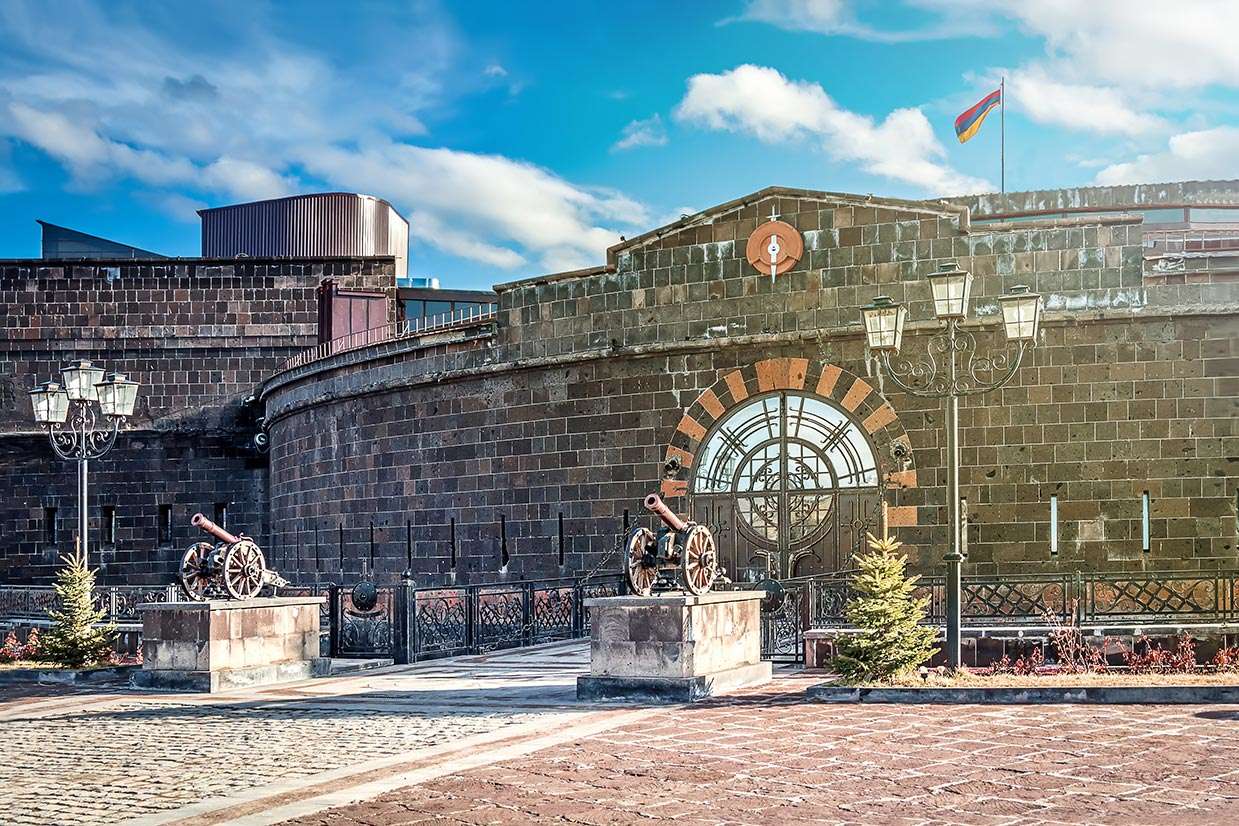 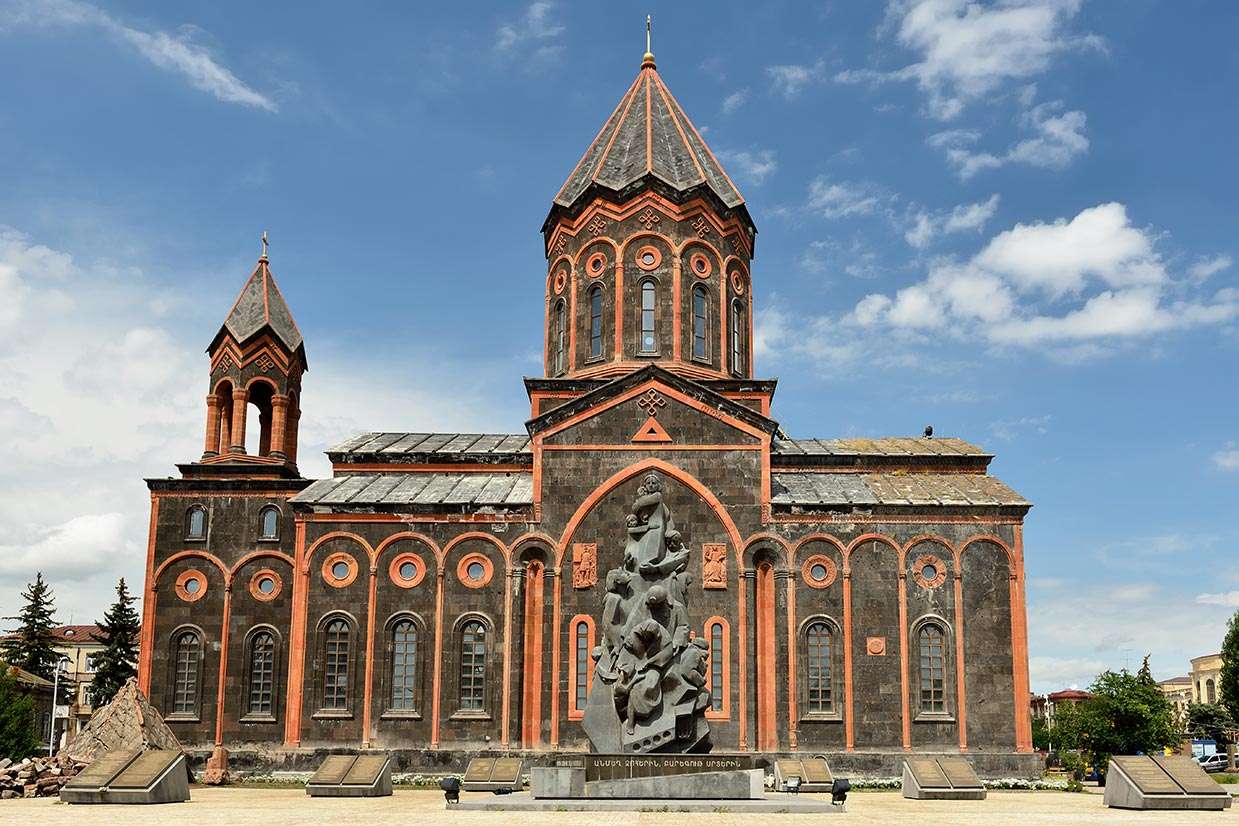 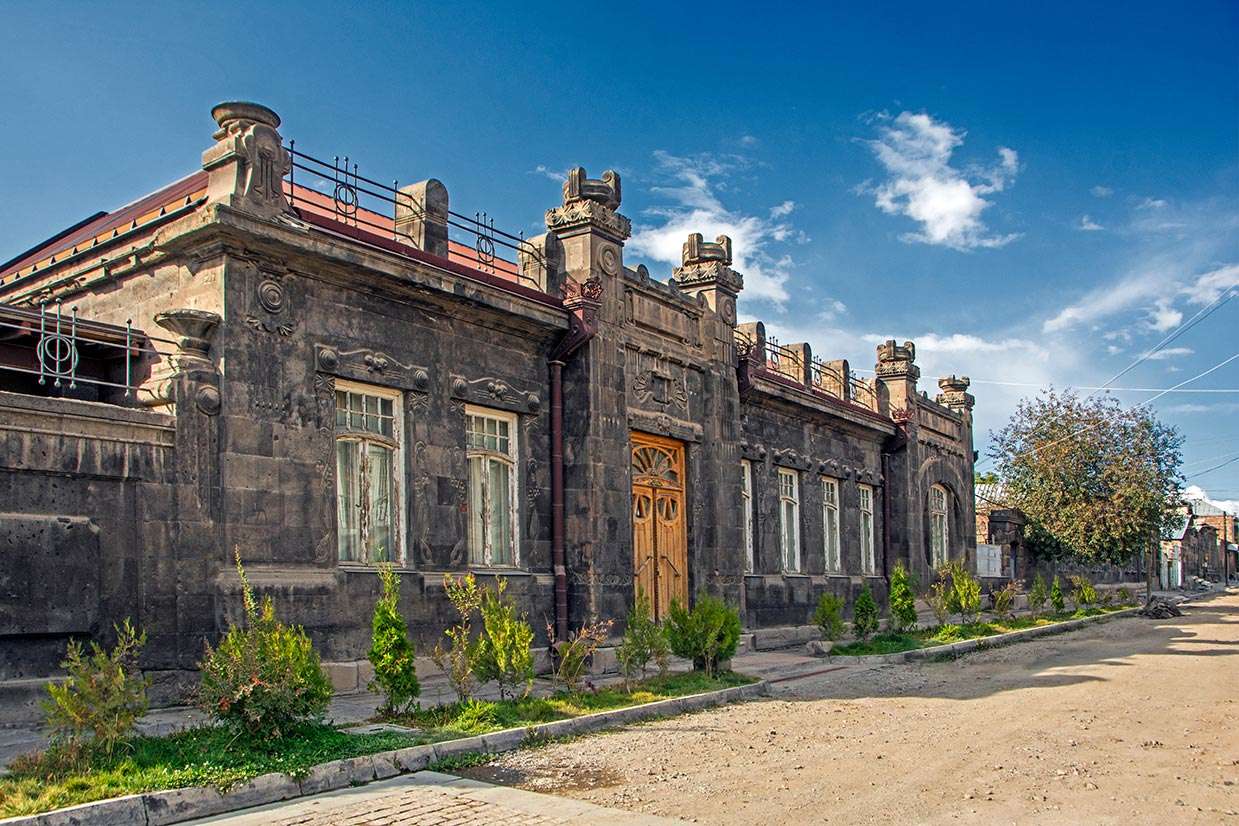 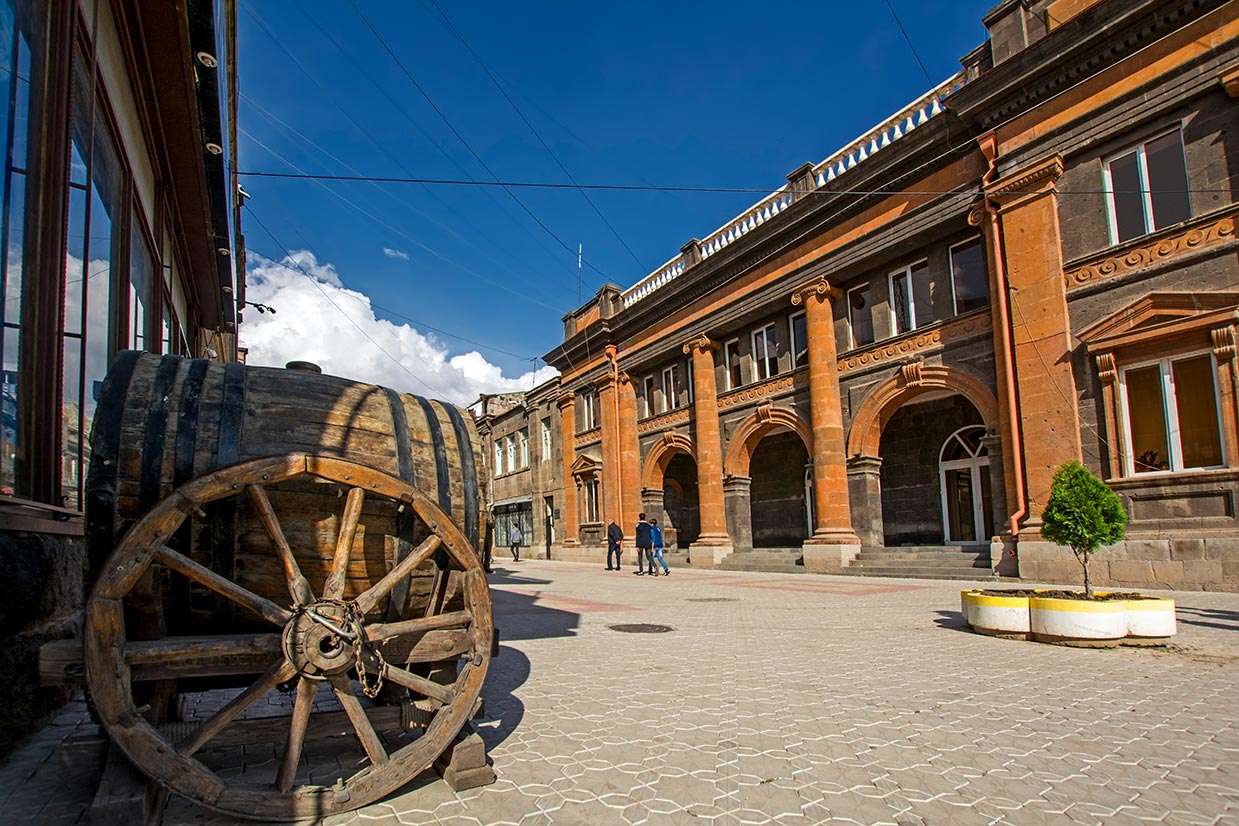 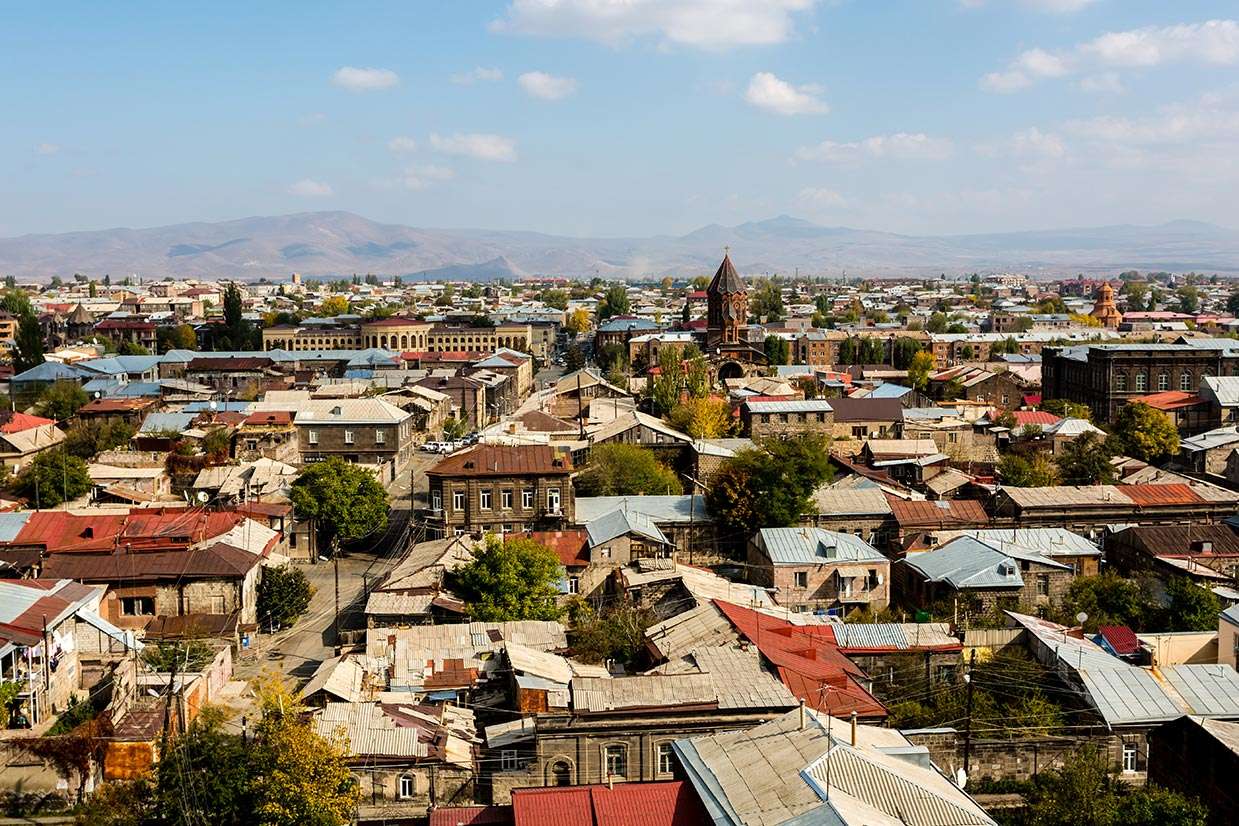 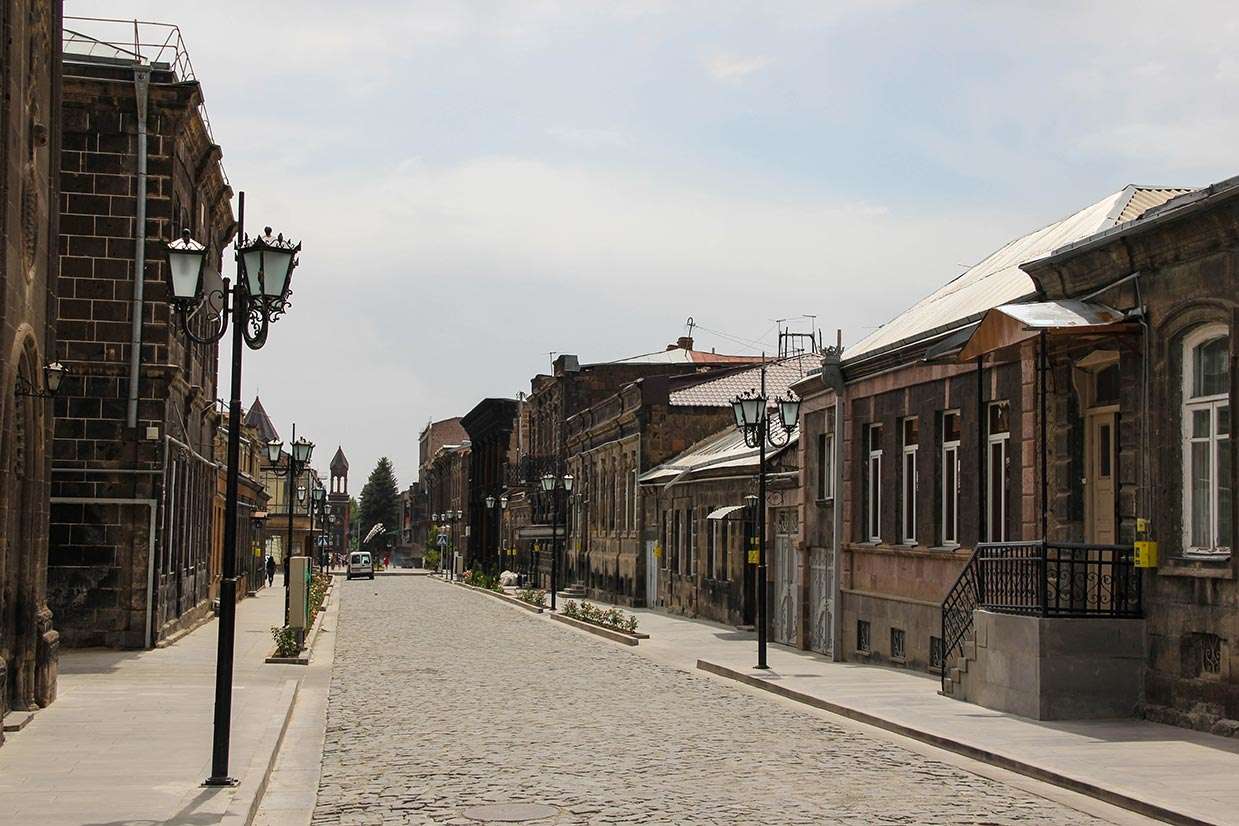 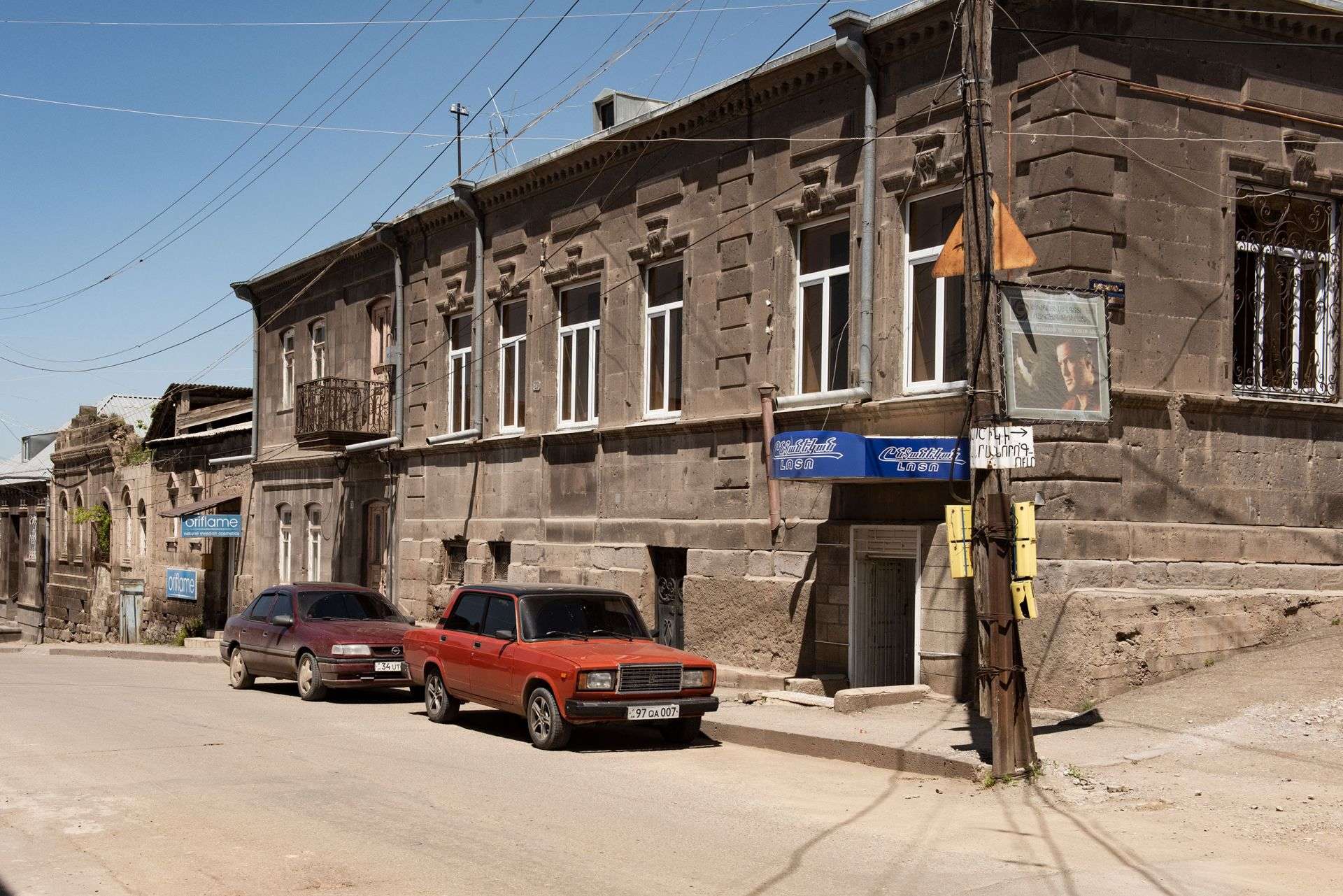 Gyumri - art, culture and tradition, hospitality, humour and unbridled zest for life - all under one roof. Gyumri is the second largest city in Armenia (after Yerevan) serving as the administrative centre of the province of Shirak in the northwestern part of the country. Gyumri was first known under the name Kumairi and recognized only in the 19th century. In 1837, the city was renamed Alexandropol under Russian Tsarist rule and in 1924, during the Soviet period, it was called Leninakan. After the independence of Armenia in 1991, the city got the name Gyumri back. The city suffered greatly during the horrible earthquake of 1988. But it has courageously got on its feet again.

Archaeological excavations carried out during the Soviet era have shown that the area of today's Gumri was inhabited at least since the 3rd millennium BC. In the year 331 BC the entire area joined the province of Ayrarat of the ancient Armenian kingdom as part of the Shirak Canton. Between 190 BC and 1 AD Kumairi was under the rule of the Artaxid dynasty of Armenia. In the 1st century AD, Shirak was granted to the Kamsarakan family, who ruled Kumairi during the Arsacid Empire of Armenia. Kumairi was a significant and fairly developed urban settlement in the Middle Ages. Alexandropol quickly became one of the main centres of Russian troops during the Russian-Turkish War of 1877-78. After building a station in 1899, Alexandropol experienced considerable growth and became the largest city in Eastern Armenia. At the end of the 19th century, there were 430 shops in Alexandropol as well as several workshops and cultural centres. The newly formed Republic of Armenia proclaimed its independence on May 28, 1918, which also included the city of Alexandropol.

Under Soviet rule, the city received the name Leninakan in 1924 after the Soviet leader Vladimir Lenin. The city suffered an earthquake in 1926 and many of its remarkable buildings were destroyed. Leninakan became a significant industrial centre in the Armenian Soviet Socialist Republic and the second largest city after the capital Yerevan. The city was severely damaged during the earthquake in 1988, which insulted many parts of the country. The earthquake left catastrophic effects on the city, as many buildings were unrepeatable. According to some sources, approximately 4,000 and 5,000 residents of Gyumri have become homeless. Gyumri is located 126 kilometres north of the capital Yerevan, in the central part of the Shirak Plateau. The Akhuryan River flows through the western suburbs. The Shirak Plateau is surrounded by the Pambak Mountains from the east and the Aragats volcanic area from the south. The city of Gyumri is 196 kilometres from the Black Sea. The surrounding lands near the town are rich in tufa, basalt and clay. Gyumri has a humid continental climate characterized by cold and snowy winters and hot summers.

The majority of the population in Gyumri belongs to the Armenian Apostolic Church. The Cathedral of the Holy Mother of Gyumri - also known as the Cathedral of the Seven Wounds of the Holy Mother of God - is the seat of the Diocese of Shirak of the Armenian Church. Gyumri is home to many well-known museums in Armenia, including the house museums of the sculptor Sergei Merkurov, the poets Avetik Isahakyan and Hovhannes Shiraz, and the actor Mher Mkrtchyan. The Aslamazyan sisters' house museum, built in the 1880s, houses more than 700 drawings, paintings and other works of Soviet artists "Aslamazyan sisters". The Dzitoghtsyan Museum of Social Life and National Architecture of Gyumri is an old manor house representing collections of Gyumri's history and everyday life, as well as paintings and other works of art. Over the centuries, Kumairi-Gyumri has been called the "City of Arts and Crafts", famous for its schools, theatres, and gusans (creative and performing artists - singers, instrumentalists, dancers, storytellers and professional folk actors in medieval Armenia). In 1923, the first Armenian opera theatre was opened in Gyumri. The first printing company of Gyumri was founded in 1876 by G. Sanoyan and operated until 1918. Gyumri is the home of the Gyumri Biennale. It was officially declared the cultural capital of the Commonwealth of Independent States (CIS) in 2013. The city of Gyumri has a great contribution to Armenian folk music. The city has given many famous musicians to the country.

Gyumri has many unique attractions, such as Kumairi historical quarter, the ancient part of Kumairi with its unique architecture, Sev Berd (Black Fortress), which is an abandoned Russian imperial fortress in Gyumri, Gyumri’s Central Park, the monumental statue of Mother Armenia, Vardanants Square - the central square of Gyumri, Independence Square, Aznavour Square and Nzhdeh Square. There is much to tell about this historic city, which attracts many tourists every year. 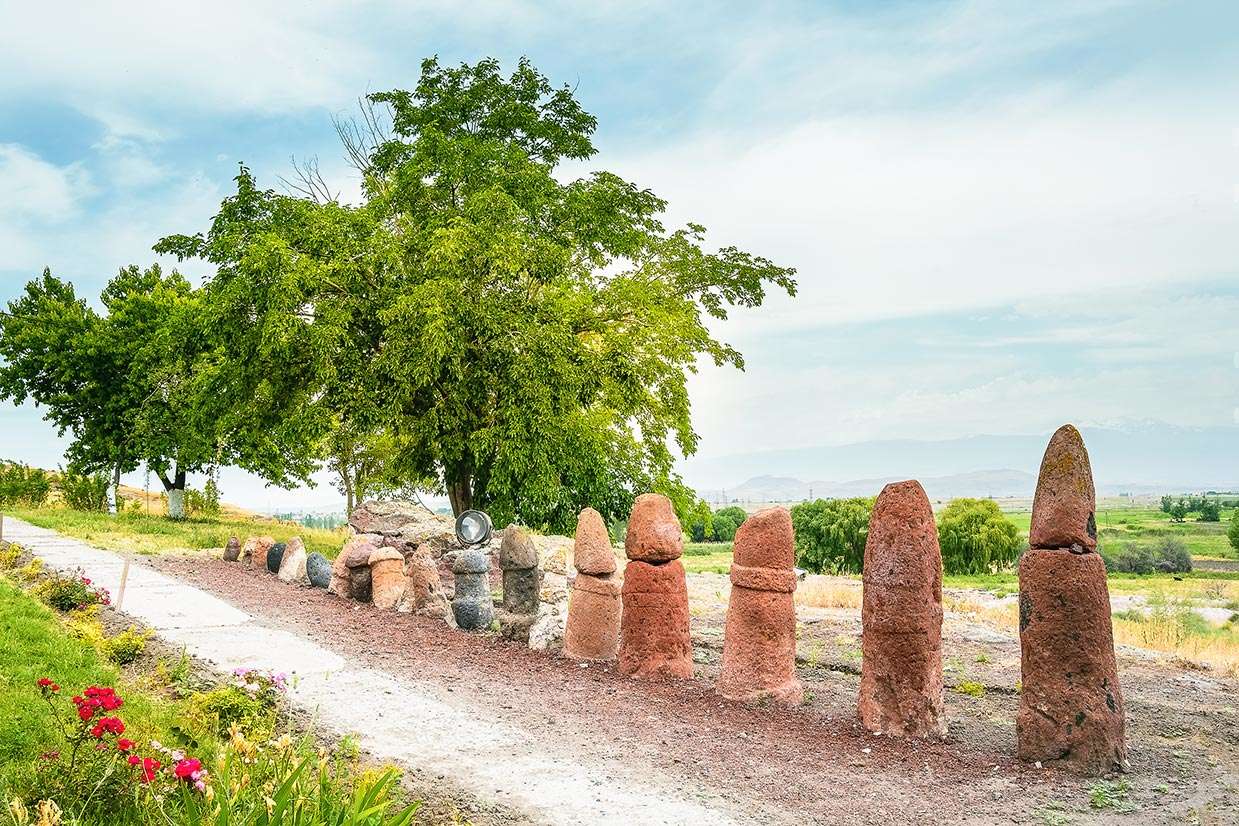