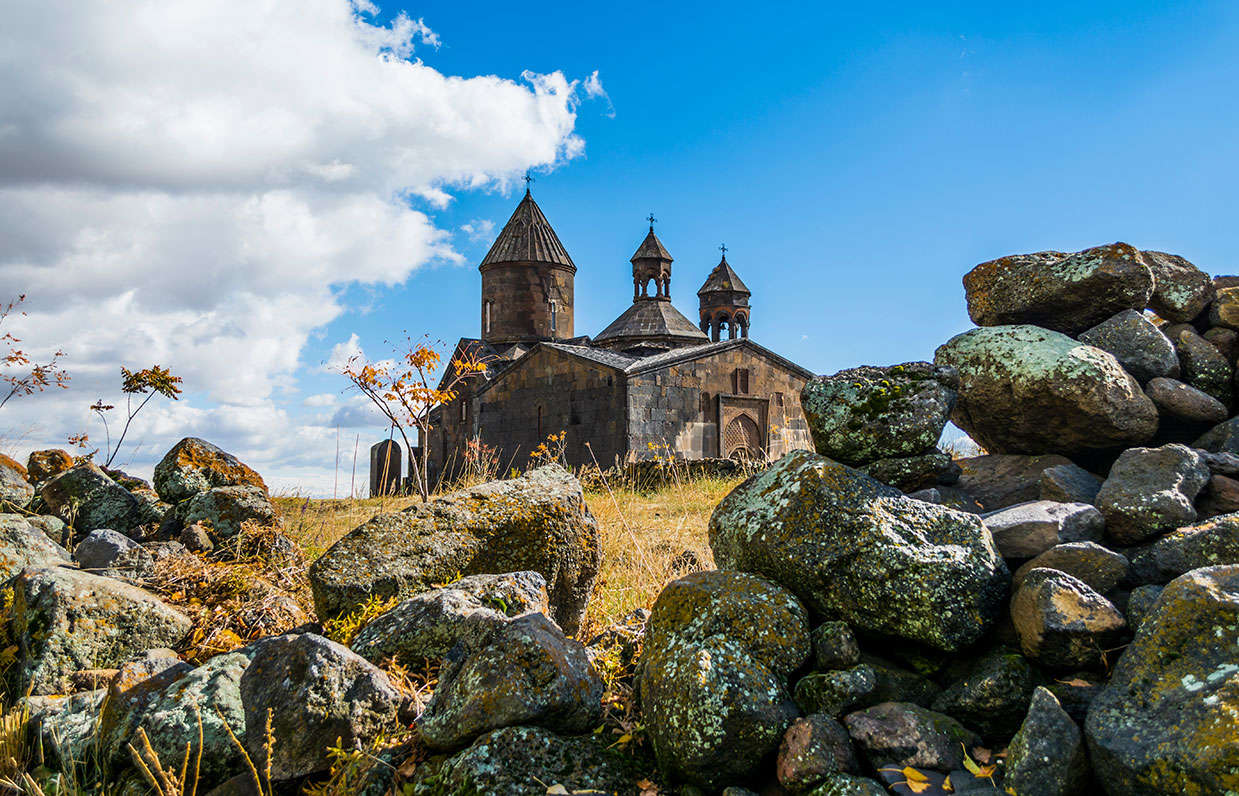 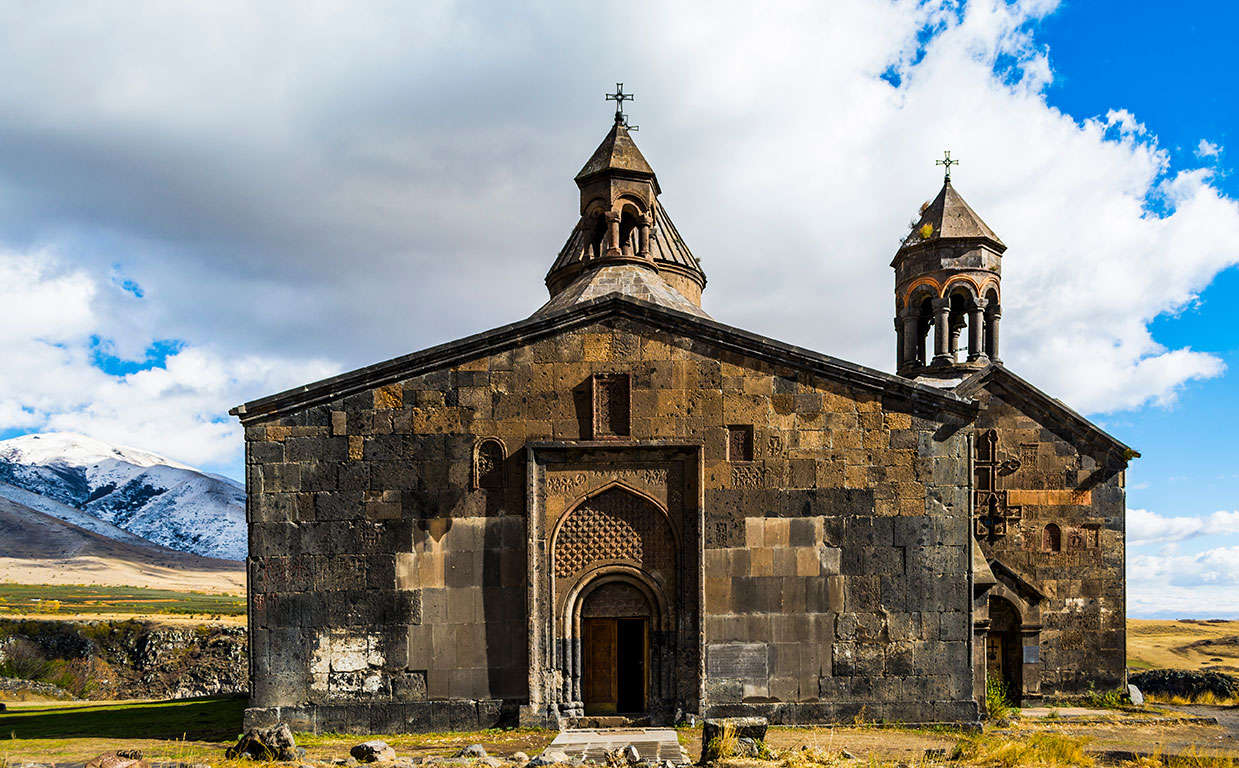 Saghmosavank is one of the numerous monasteries that are the result of the tireless construction of the princely Vachutian family. The monastery is very popular as very important manuscripts were written and kept there. It is located south of the Mughni Church in the province of Aragatsotn and was built in the village of Saghmosavan near the deep gorge of the River Kasagh. Its superb location gives the monastery even more charm and grace. Aragatsotn is a province in Armenia. It is located in the western part of the country. The capital and the largest city of the province is Ashtarak. In this region the highest mountain of Armenia, Aragats (4090) is located, as well as Amberd Fortress and other attractions that are popular tourist destinations in Armenia. The monastery was built in 1215 by the princely family of the Vachutians. The overall construction of the complex was completed in 1250. Since the 13th century, a medieval high school operated in the monastery. Remarkably, Armenian philosophers, educators and church figures taught in the school of this monastery. Saghmosavank was also a major centre for calligraphy. Several manuscripts which were written and copied there have been preserved until today.

The monastery complex consists of two churches, a zhamatun (a kind of gavit (narthex), a porch, which is not directly connected to the church building) and a library. Holy Sion Church was built in 1215 by Prince Vache Vachutian. After the church was built, he passed it to the village. The church is cruciform from the inside and rectangular from the outside. The Gavit of St. Sion Church was built in the second quarter of the 13th century. It is located west of the church with its four pillars. The central part of the gavit ceiling consists of a tent-like roof and a skylight with a six-column rotunda. The other parts of the gavit roof contain interesting and extraordinary solutions (mirror, barrel, cross vault, etc.). The roof construction is a unique selection of Armenian architecture. The depot of the manuscripts was built in 1255 by Prince Kurd Vachutian and his wife in memory of their daughter, who had died too early. It was built between the St. Sion Church and the gavit. The roof of the repository, with its intersecting arches, has a complicated structure. The eight-pillared rotunda built on it lets Saghmosavank appear with a three-domed silhouette. The Mother Church was built in 1235 and was renovated in 1669. There is only one way to get to the church and it is through the repository. It is believed that the church acted as a depot for the valuable plate of the church. On the territory of the monastery, there are various tombstones, some of which are preserved in the form of carved khachkars (cross-stones). The monastery was damaged due to the earthquake (1988) and restored in 2000. There is a legend associated with this monastery. There was a powerful conqueror called Tamerlan. When he and his army reached Armenia, they wanted to destroy everything - the houses were burned, people were killed. Even the valuable parchment manuscripts were not spared. During that time Tamerlan was seriously ill. He was afraid of death and promised to fulfil a wish of anyone who would heal him. The priest from Saghmosavank came to him and said that he can heal him. Tamerlan had to return the stolen Armenian parchment manuscripts and books and free as many captive people, as could fit inside the monastery. The final condition was that Tamerlan and his army should leave Armenia and never return. Tamerlan agreed. The priest healed him with prayers and herbs. After recovering, he returned the stolen parchments and organized the return of the prisoners. Thousands of prisoners went to the monastery one after another and there was still enough place for more people. Tamerlan got angry. He could not understand how such a small monastery can accommodate so many people. He was scared and decided to leave the country as soon as possible. About 70,000 captived went into the monastery. It is believed that the priest from the monastery turned them into doves, who then flew through a narrow window. The pigeons then flew to their native lands, returned to their homes and turned into human beings again. The monastery is surrounded by a splendid landscape and attracts more and more tourists to visit Armenia.