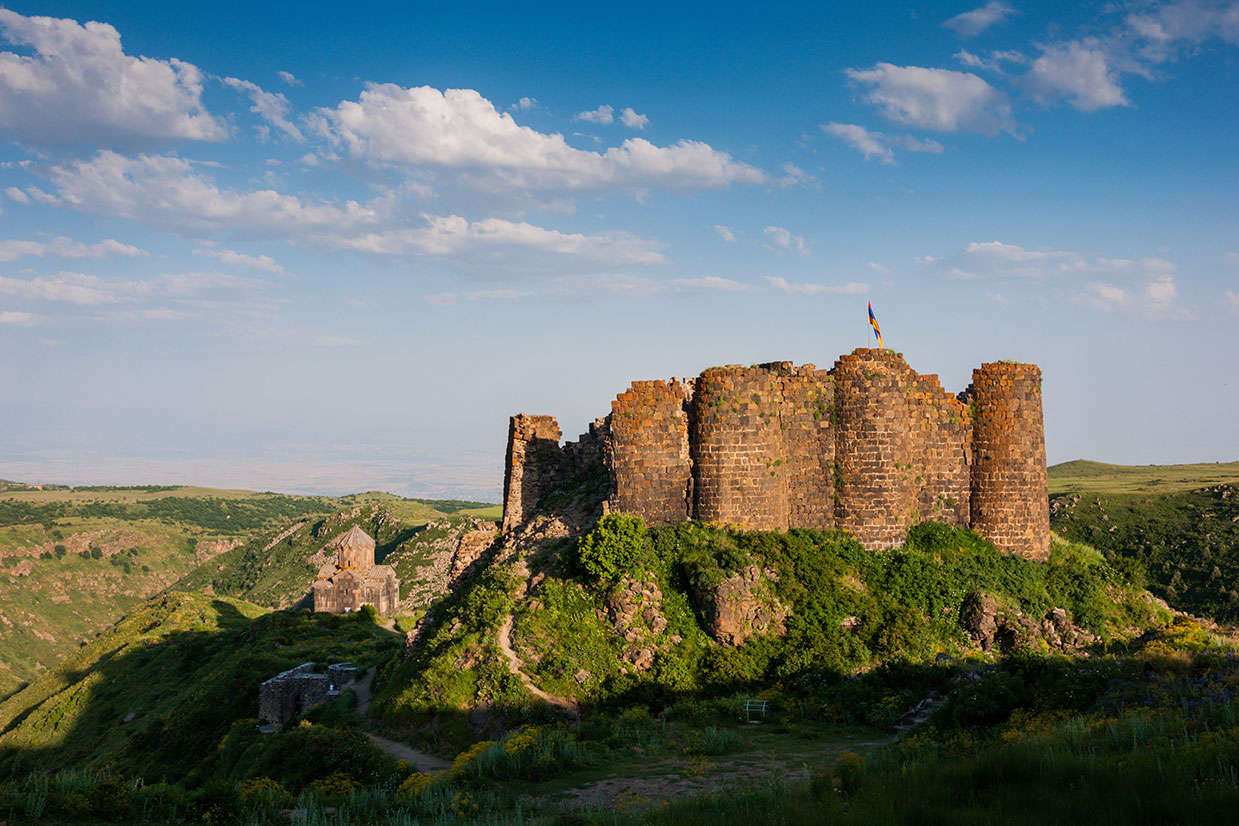 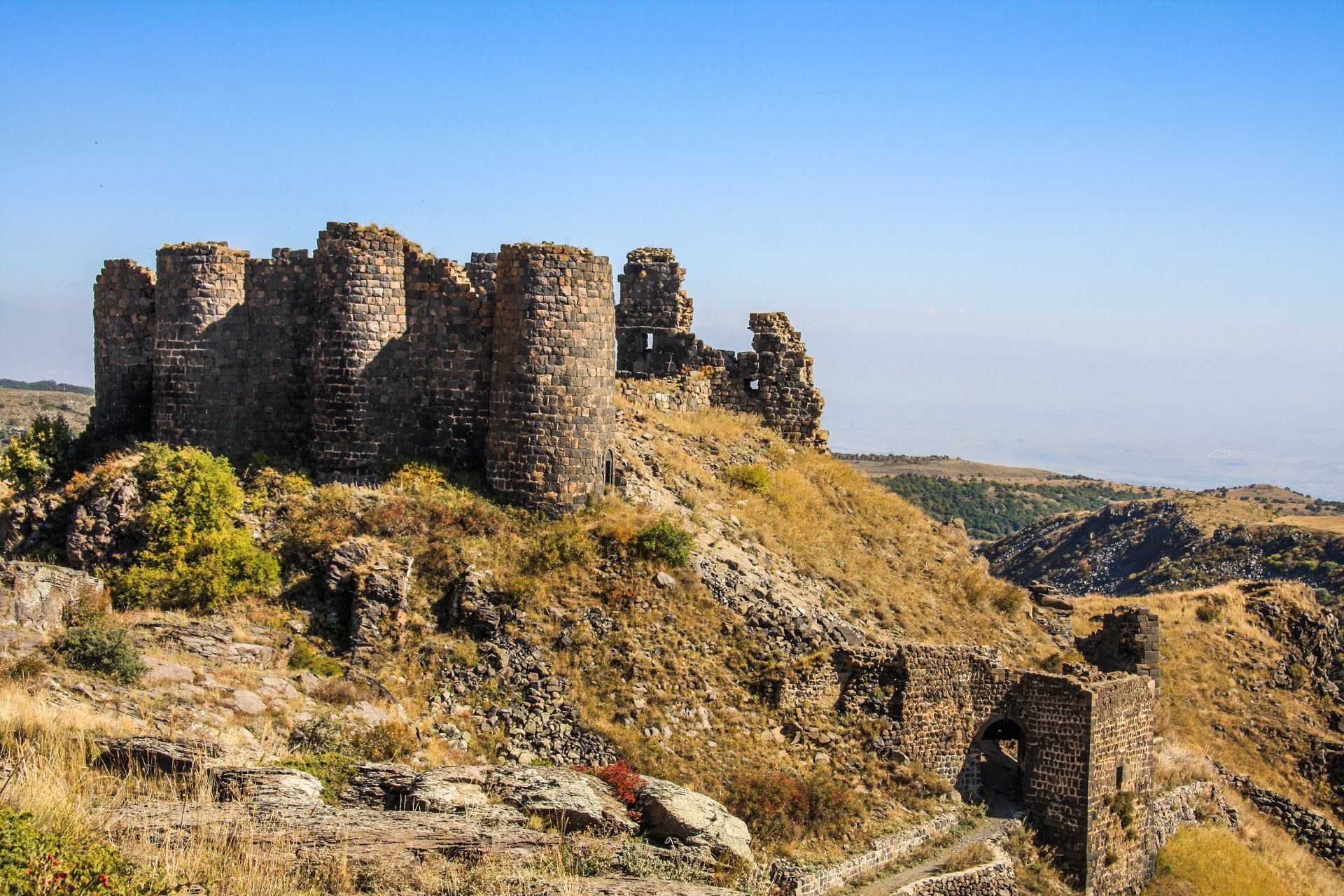 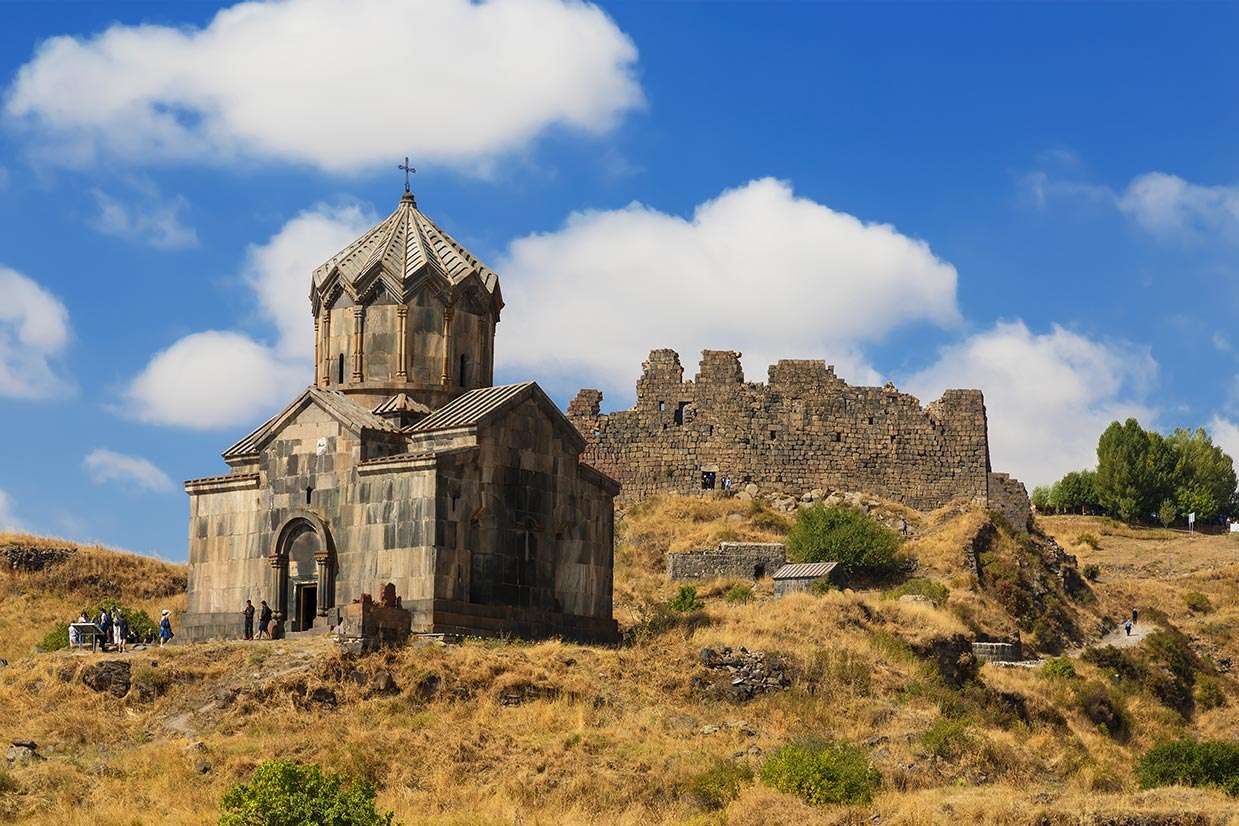 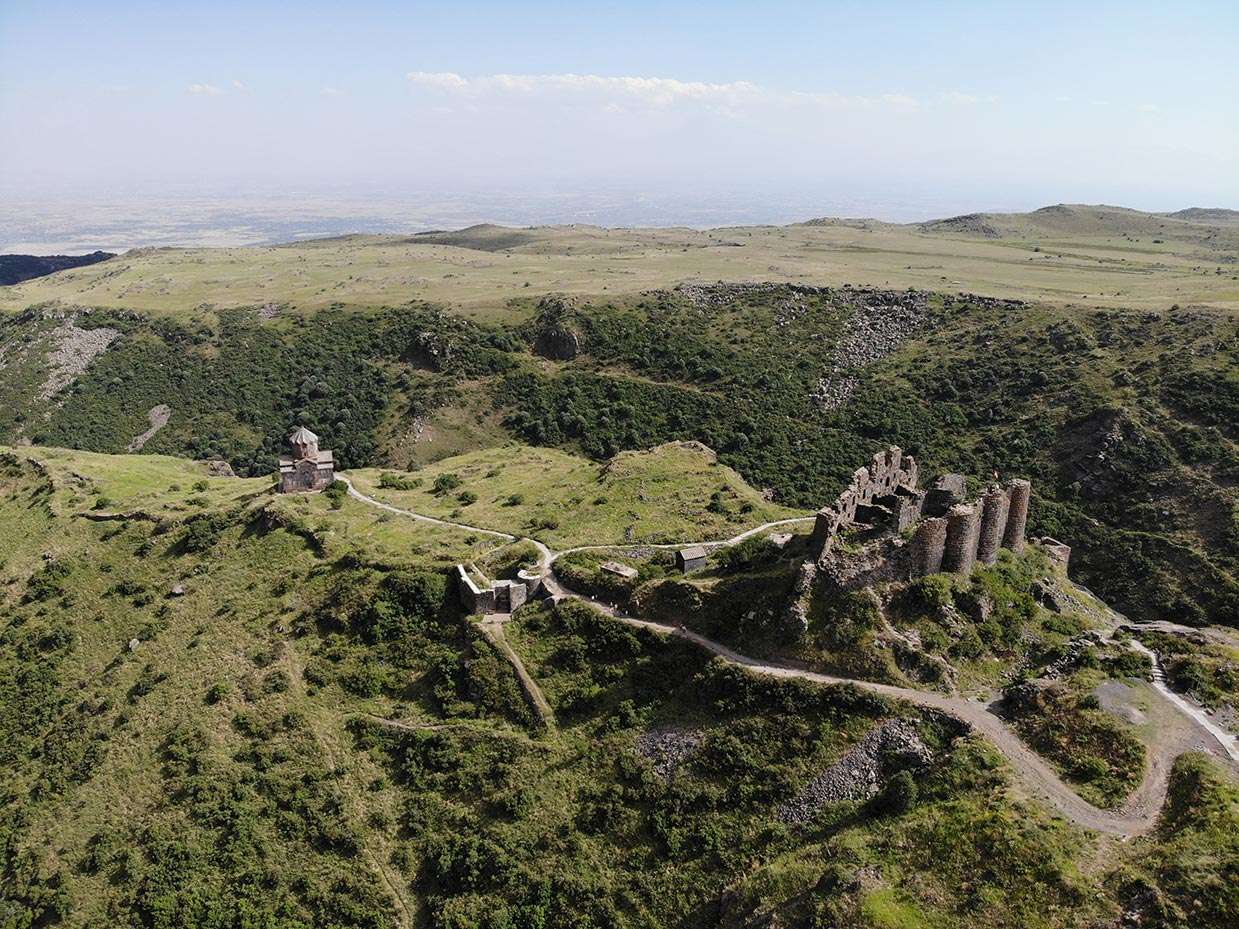 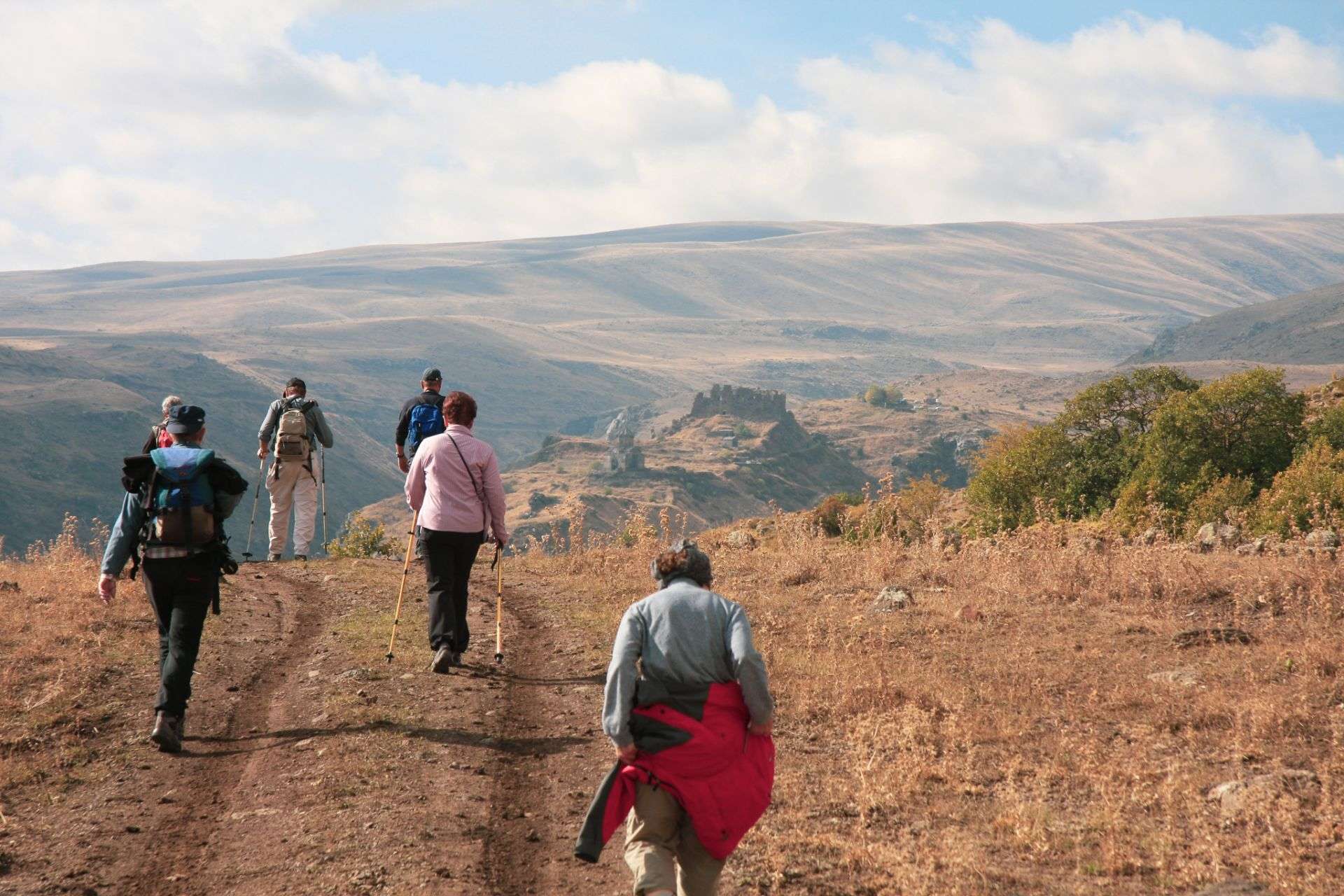 An impenetrable fortress of Amberd rises on a high rock, which is a remarkable landmark of medieval Armenia dating back from 11th to the 13th century. Amberd is located in the province of Aragatsotn. As the weather is cold in this area, the breathing may get shallow here. The fortress was also known as the fortress of Ashot the Iron. It was used for protective purposes, especially during the Roman and Christian eras. The construction of the fortress lasted several centuries, because of its impregnable position on a rocky outcrop, overlooking the confluence of the Amberd and Arkhashen rivers. The bank of the Amberd is impassable, requiring protective walls in the lowest part of the fortress. The slope that leads down to the river Arkashen is steep but passable. Along the entire ridge, there are complete defensive walls. A northern part closes the walls and blocks the entrance from the Mount Aragats (4090).

Some sources say that Amberd was a summer residence of kings and that the castle (along with some parts of the wall) was built in the 7th century for the Kamsarakan family. Four centuries later the fortress and its surrounding lands were purchased by the House of Pahlavuni and rebuilt by Prince Vahram Vachutian Pahlavuni, which has been recorded in the works of Grigor Magistros Pahlavuni. In 1196, Amberd was liberated by the joint Armenian-Georgian army led by General Zakaria, who renovated the outer buildings. The Zakaryans liberated most of Armenia and promoted a new golden age. The noble Vache Vachutian purchased Amberd in 1215, making it a key defensive site in the region. In 1236 the Mongols captured and destroyed the fortress. The fortress was abandoned and remained untouched until the 20th century before the reconstruction began. Despite the ongoing research and restoration work, the site, especially the fortress and the castle, are classified as a highly endangered monuments.

In the 1970s, the church near the fortress was restored. The beautiful umbrella roof and reliefs have been redesigned. The south portal is particularly beautiful with its slender columns. This is a masterpiece of stonemasonry. The complex includes fortifications, a castle, a bath, and a church, as well as outer defensive positions and a covered walkway to the river below. The landmark is under the renovation process, the outer walls are being reconstructed with a new route into a complex built over a rocky gorge with a stairway leading to the main gate. The princely chateau is a three-storey building with a wide, magnificent staircase surrounded by walls. The thermal baths were added in the 13th century and are located outside the castle. The highest peak of the country, called Aragats (4090 m), is also located near the Fortress Amberd. Four peaks of Aragats from the volcano crater: the eastern summit (3650 m), the south summit (3879 m), the west summit (4080 m) and the north summit (4090 m).

Aragats is a very popular mount among hikers and tourists. A magnificent view opens up from the summit of Aragats. From its top Lesser and Greater, the Caucasus can be revealed. Even the highest mountain in Europe, Elbrus (5642), can be unfolded from here. The mountain has played a big role in Armenian history and culture. Numerous Armenian poets praised this mountain. The artists often depict this mount in their works. Some of these pictures can be uncovered in the National Gallery of Armenia.