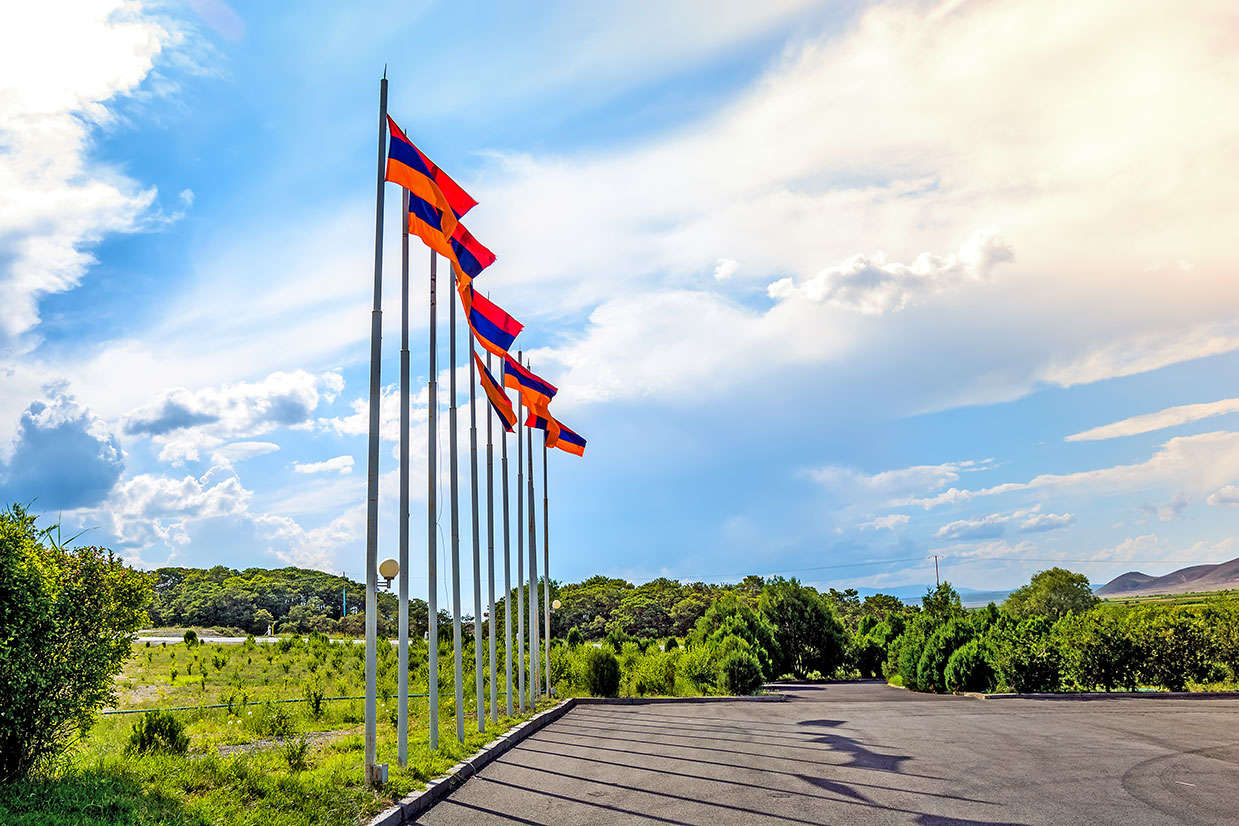 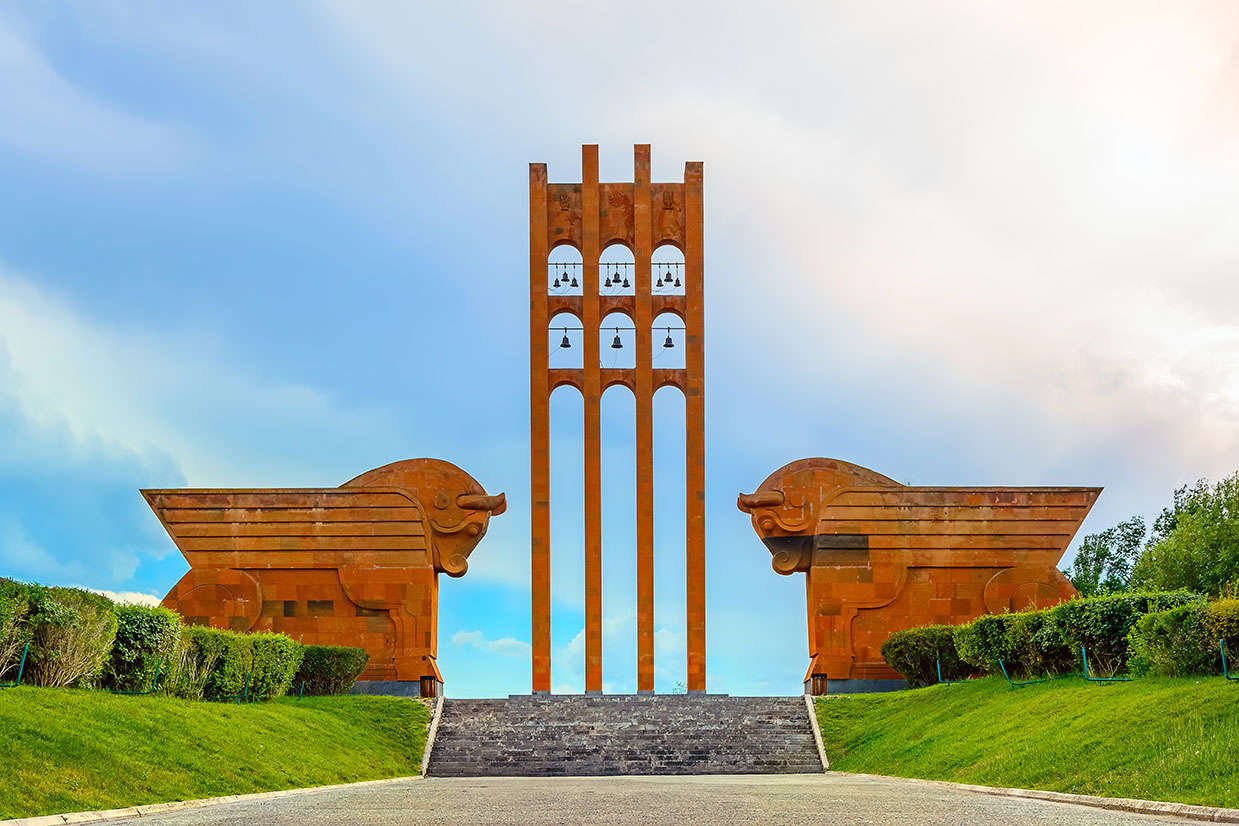 May has always been a significant month for the Armenians. It is the month when the Armenians celebrated some of their most important victories, including the Avarayr and Shushi heroic battles. Another victory of the greatest importance was the Battle of Sardarapat. There is a memorial complex constructed just in the same place of the battlefield. The Sardarapat Memorial is located in the province of Armavir, 10 km away from the town of Hoktemberyan. This architectural complex was built in 1968 for the commemoration of the 50th anniversary of the Battle of Sardarapat (1918). The entire complex is made of red tufa. The architect of this amazing monumental complex is Raphael Israyelyan and the sculptors are Ara Harutyunyan, Samvel Manasyan, and Assam Shahinyan. In the middle of the complex, rises the 25-meter high bell tower with three rows of bells, These bells seem to be ready to ring and warn of approaching enemy. Today they ring to remind everyone of the resounding victory. "Today these nine bells announce the victory, and if necessary, they will ring again," said Israyelyan.

To the left and right of the bell tower, you may reveal two winged bulls. These giant creatures symbolize strength, power, and loyalty. According to architect Raphael Israyelyan, they guard the resting place of the heroes. The location of the bell tower is where the eagle’s alley starts. These eagles embody the heroes of the battle. As you pass the eagle alley, you will unfold the parabolic "Victory" wall, where scenes from the battle are carved. In 1970, the refectory "Vardavar" was built. It represents typical medieval Armenian architecture and includes ethnographic elements. The museum of Sardarapat memorial is located not far from the refectory. It can appeal to anyone who is not only interested in the modern history of the Armenians but also would like to uncover the astonishing items from the antique period. The building of the museum looks like a fortress and comprises two narrow windows, one of which overlooks Ararat and the other one unveils Aragats. The Battle of Sardarapat took place from 21 to 29 May 1918 between Armenian regular military units and the Turkish troops. On May 21, 1918, the Turkish troops invaded the Ararat plain, the railway station and the village of Sardarapat. Later, they conquered the village Gechrlu and approached Ghamshla. On the command of General Movses Silikyan, an attack was committed against the Turkish troops, which broke their resistance and made them escape. On May 25, Colonel Poghos Bek Pirumyan endeavoured to move the enemy out of the conquered positions. His efforts were in vain. But that did not break the spirit of the Armenian fighters. On May 27, the enemy was defeated again. From 22 to 26 May, the Turks already had 3,500 victims. After great losses, the Turks escaped to Aleksandrapol. The battle finally ended with the glorious victory of the Armenians, with the help of the Generals Tovmas Nazarbekyan and Movses Silikyan, the Colonels Daniel Bek-Pirumyan, Poghos Bek-Pirumyan and Alex Sneur. The Soviet Marshal Hovhannes Baghramyan, who also participated in the battle, later expressses his highest appreciation to Silikjan's military professionalism and techniques. The essence of the victory of the Battle of Sardarapat is in the prevention of the destruction of the Armenian nation.