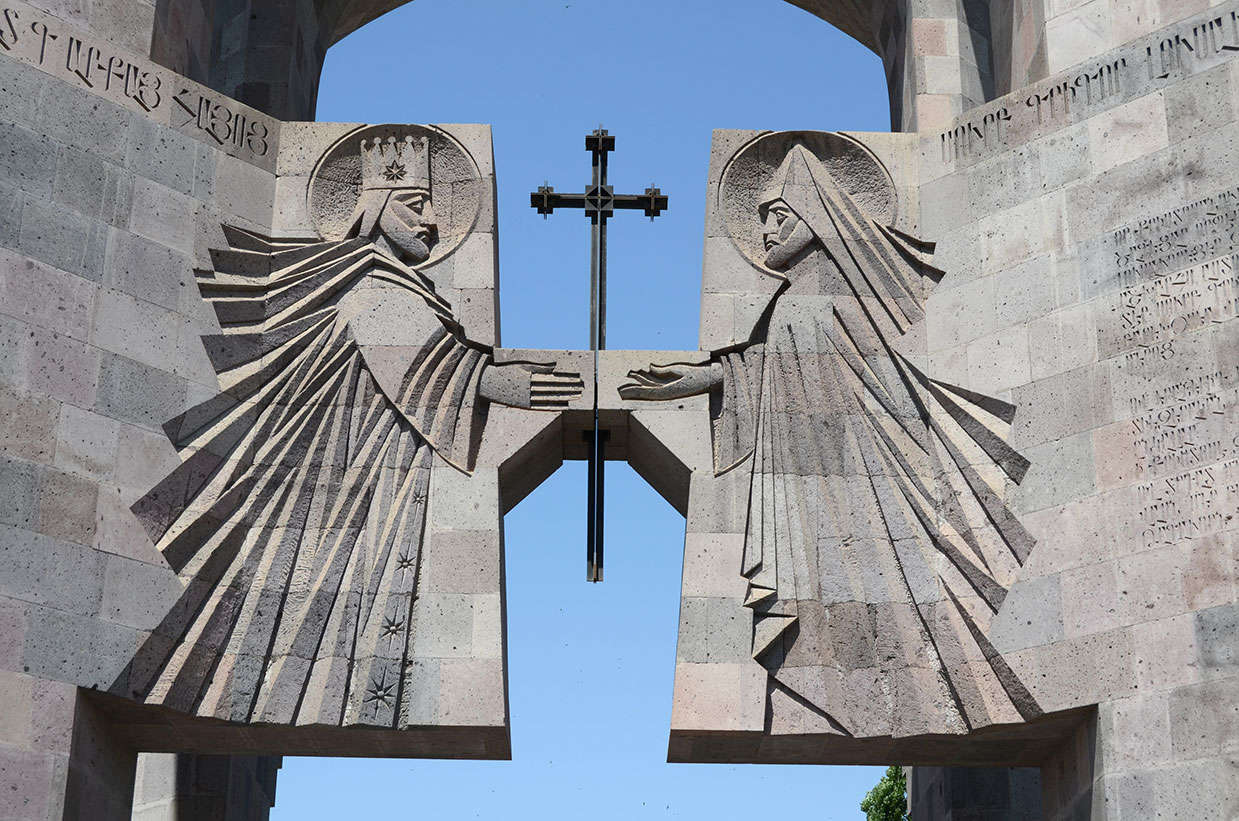 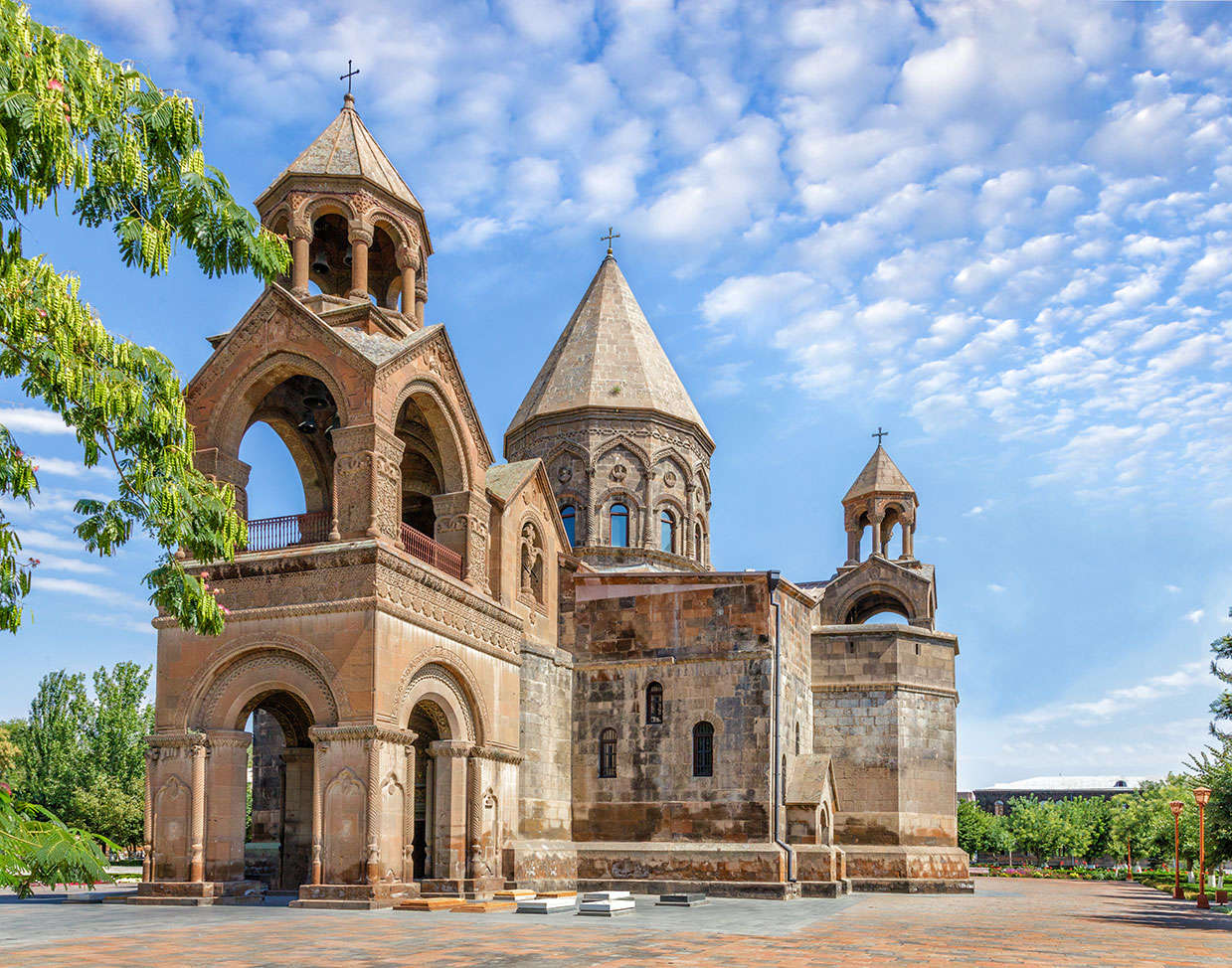 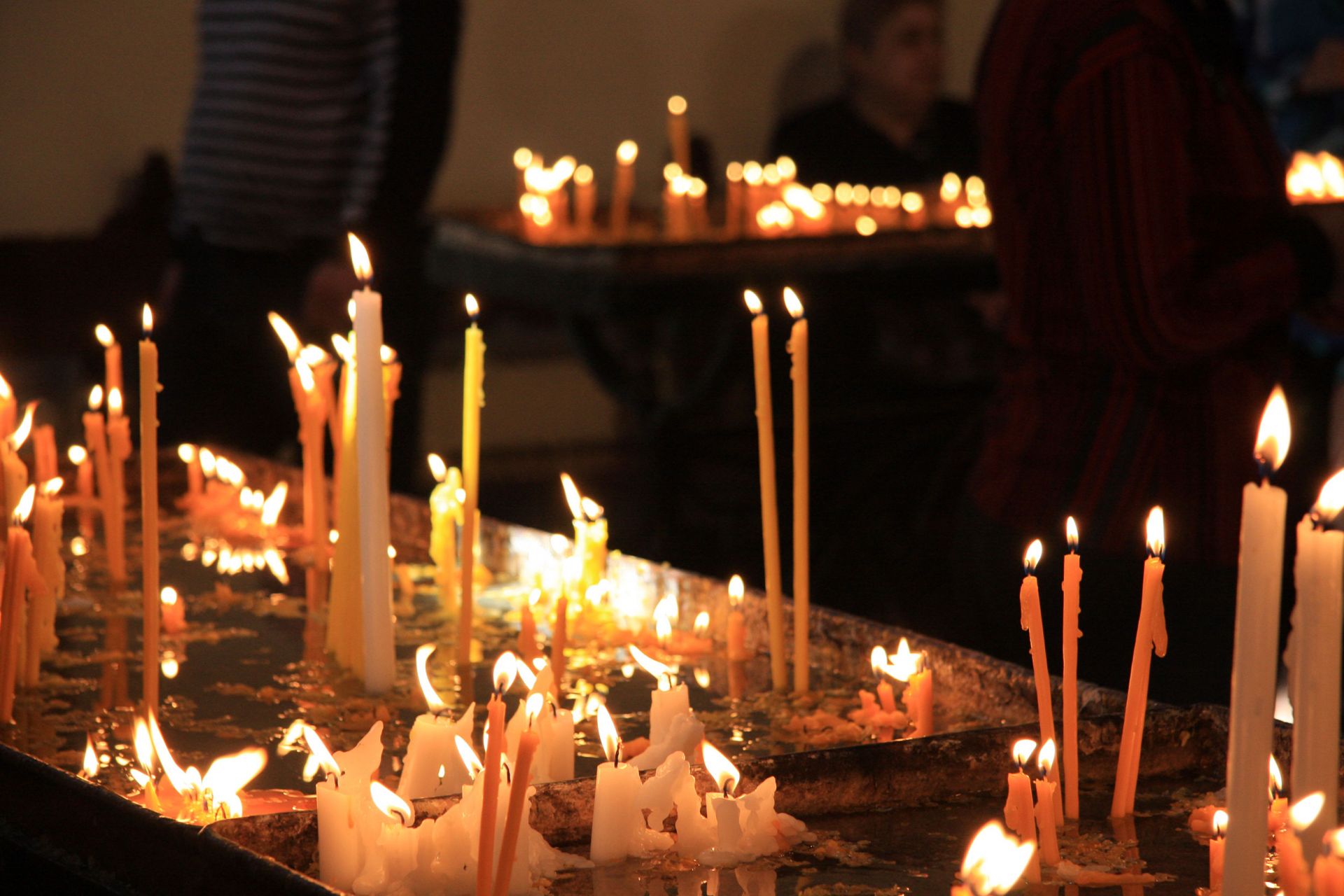 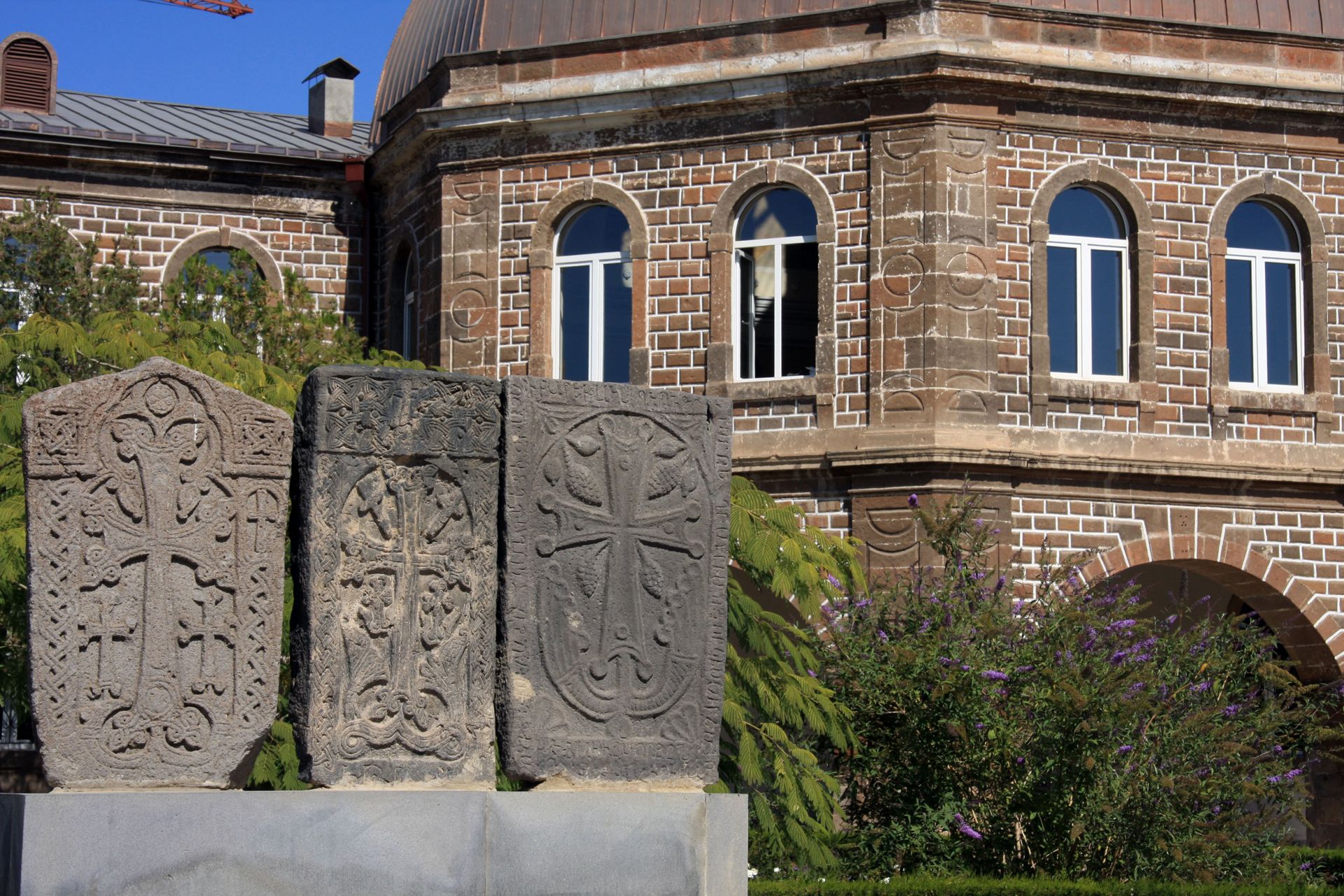 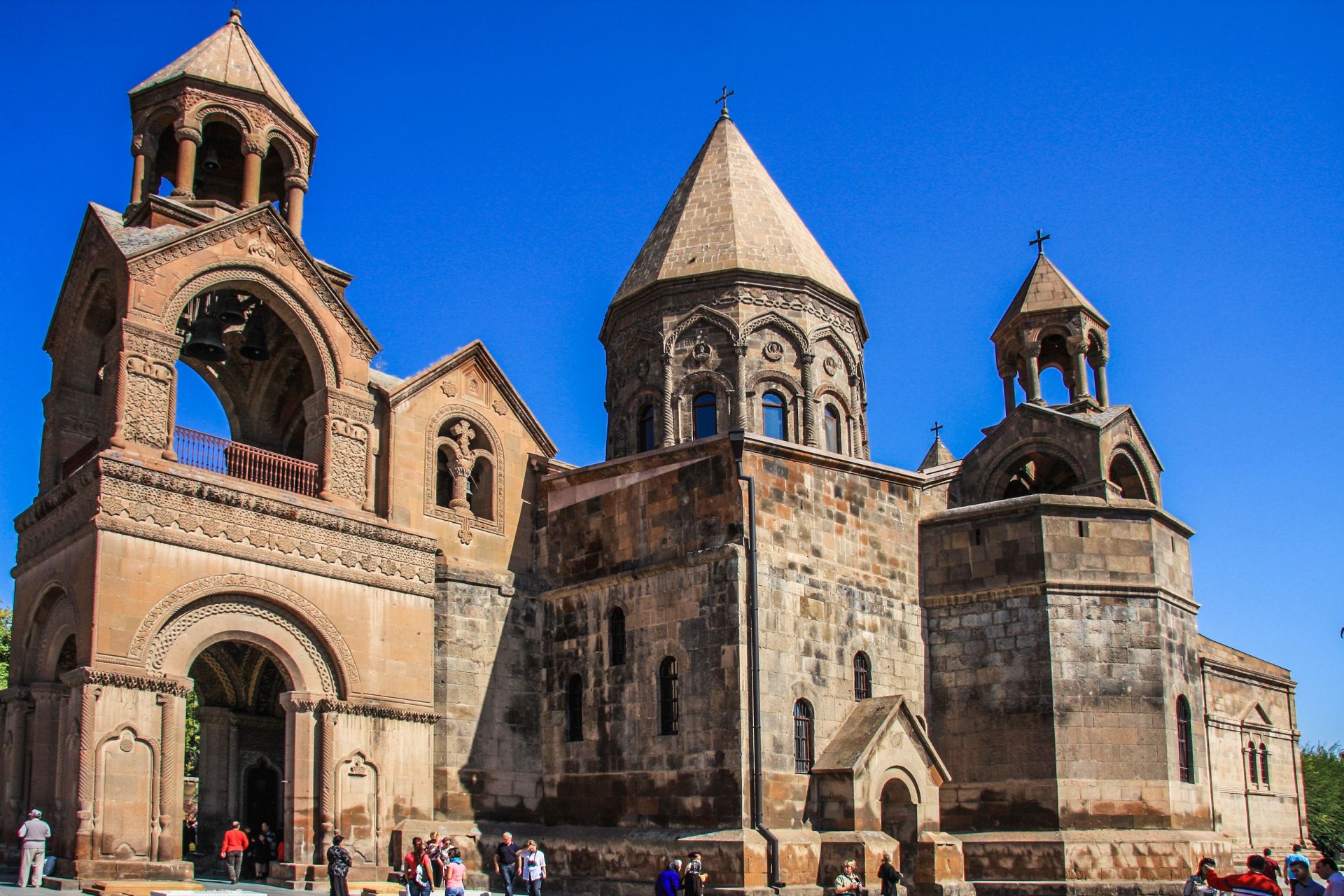 Armenia has a strong faith, which has always been the state's main stronghold, the symbol of justice and prosperity. One of the most important sacred and consecrated places for Armenians is the ancient city of Echmiadzin, almost two thousand years old, located in the picturesque Ararat valley, about 20 km west of present-day Yerevan. The historic town was born from the ancient village of Vardkesavan, built in the 2nd century BC. Later, at the beginning of the 2nd century AD, the King of Great Armenia Vagharshak I (117-140) built in its place a capital, which he named after himself − Vagharshapat. Armenia was the first country in the world to declare Christianity the state religion in 301 AD. Since then, Echmiadzin has been the cultural and spiritual heart of the country. According to ancient legend, St. Gregory the Illuminator, the first Catholicos of all Armenians, once had a prophetic vision in this place: Jesus Christ descended from heaven and pointed with his golden gavel to the place where the church was to be built. So in 301 King Tiridat III founded Mother Church of St. Echmiadzin, which means "the descent of the only begotten Son of God" in the Armenian language. It is one of the oldest churches in the world. Later, in 1945, the city was also renamed after the church.

Centuries passed, and around the church, other new religious buildings began to grow: St. Hripsime Church in 618, St. Gayane Church in 630 and St. Shoghakat Church in 1634.

According to some legends, these churches were named after some of the first Christians in Armenia who preached and spread the belief in god. The Roman emperor Diocletian wanted to marry the Christian virgin Hripsime. She refused, and to avoid his persecution together with other virgins and Abbess Gayane, she came to Armenia. But that did not make the Emperor give up; he sent a letter to King Tiridat III asking him to find the virgins, kill them and send Hripsime back to Rome. Considering how beautiful Hripsime was, it is not surprising that the Armenian king was also enticed by her beauty and he himself wanted to make her his wife, however the offer was again regected. Angry, Tiridat ordered to isolate the maidens and martyr them. After this event, he fell ill and according to the legend, the king's sister, Khosrovadukht, had the same dream several times, making it clear that the king could only be healed by Grigor, who was imprisoned in the dungeon. Princes went to Artashat to see if Grigor was alive, though it seemed absolutely unbelievable that he would stay alive after being imprisoned for thirteen years. To their great surprise, he was alive and was taken to the capital, Vagharshapat, where he granted King Tiridates the absolution. Healed of the disease, Tiridat adopted Christianity. After this miracle, Tiridat III built Echmiadzin and gave permission to baptize the people as Christians. The legend says that the churches St. Hripsime, St. Gayane and St. Shoghakat were built in those places where they were martyred. After the decision of the Armenian church, Hripsime and Gayane were later referred to as saints.

Today Echmiadzin is the centre of the Armenian Apostolic Church with the residence of Catholicos of all Armenians. In 1992, the city officially got the old name Vagharshapat, but the majority still uses the previous name. In 2000 the Cathedral of St. Echmiadzin was added to the UNESCO World Heritage List. On Sundays and on religious holidays, many people move to the cathedral of Echmiadzin, where they receive the bread of the Lord "nshkharh" in communion. Every seven years anointing oil is boiled and consecrated in Echmiadzin from olive oil and the extract of 40 types of flowers. The preparation of the myron (chrism) used in the baptism and the ordination is one of the highest celebrations of Armenian Christianity.