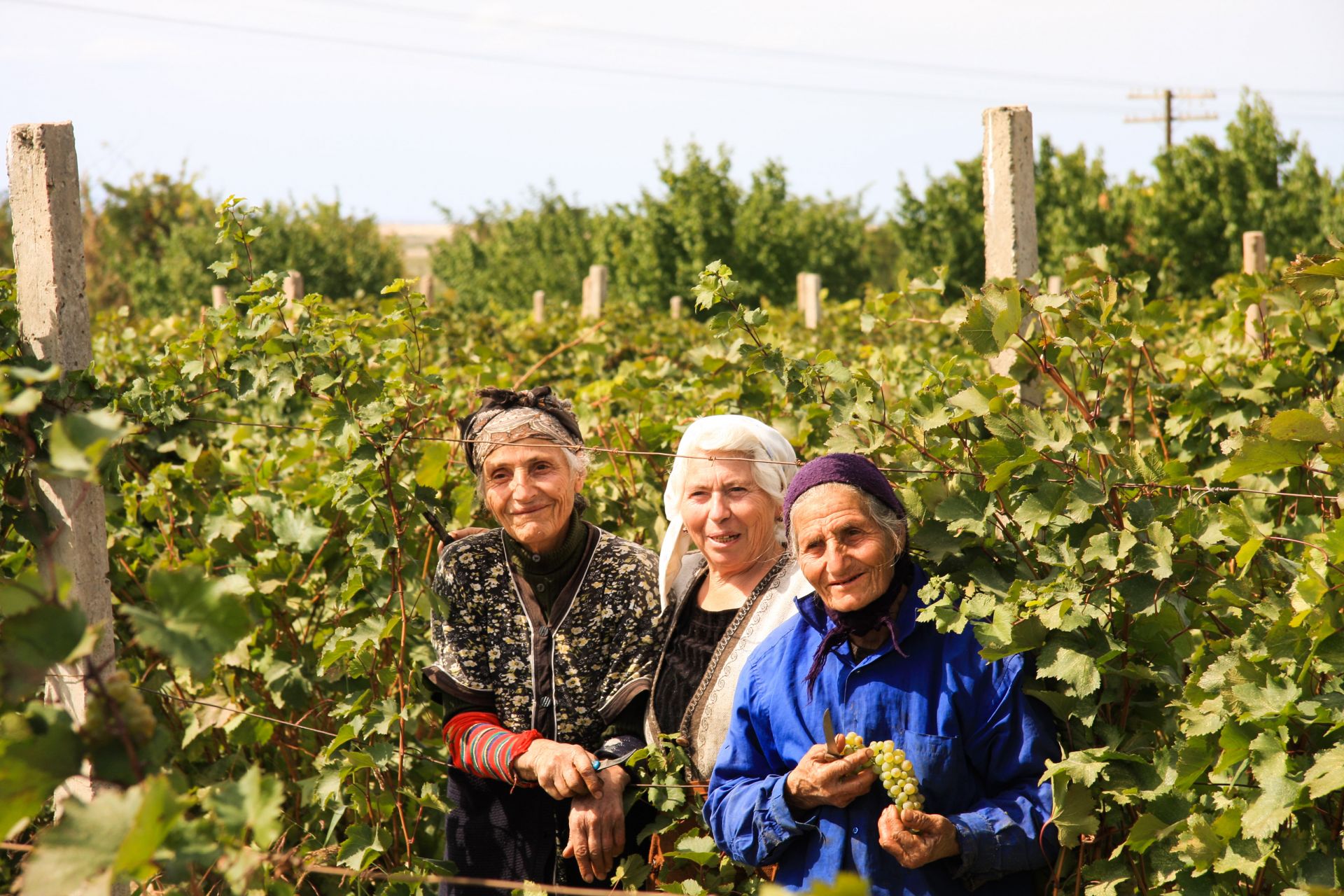 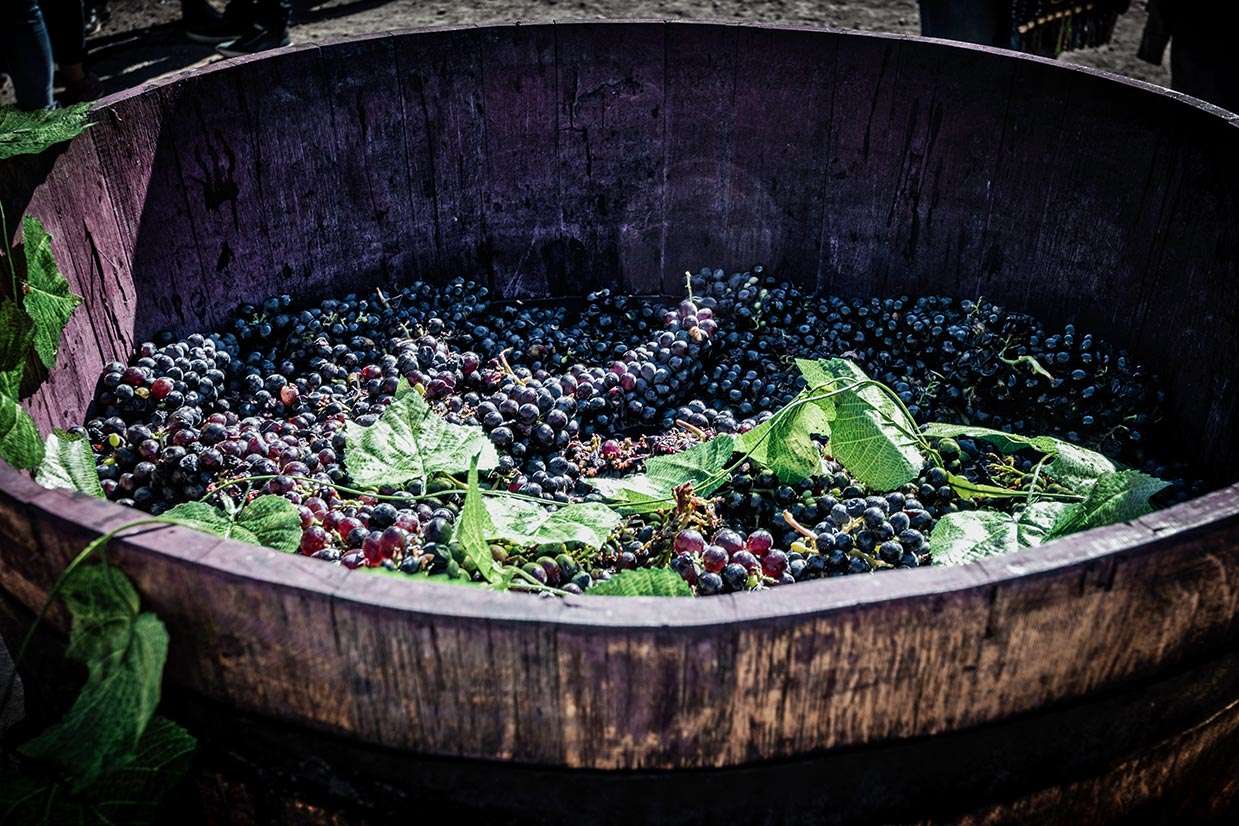 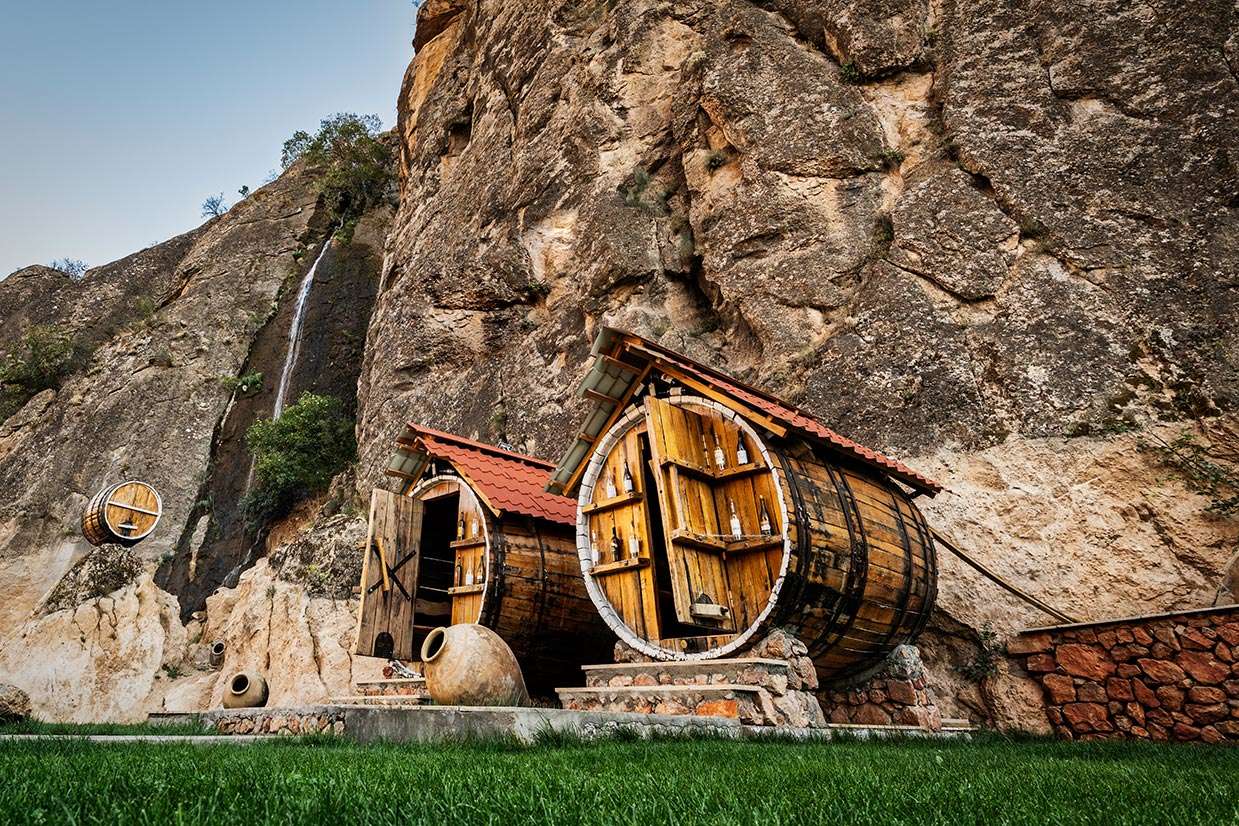 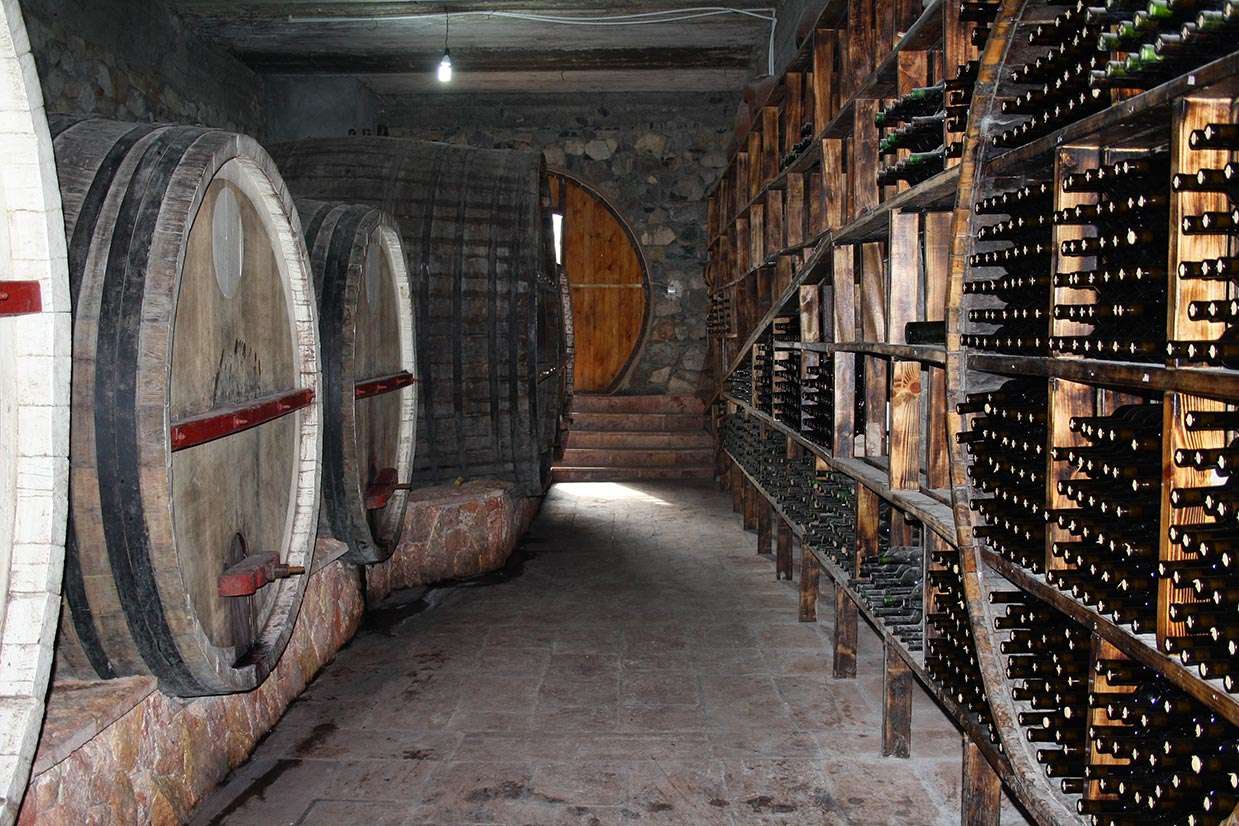 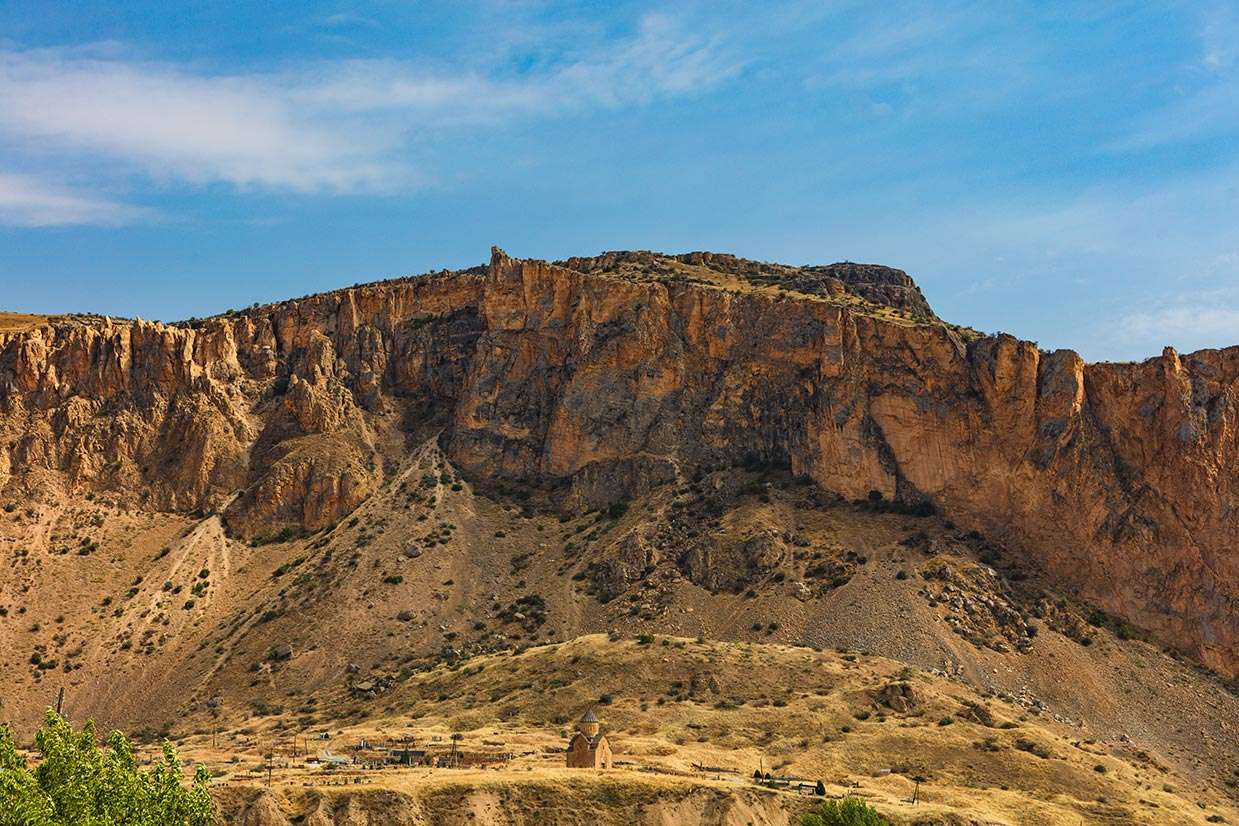 Areni is a charming wine village and at the same time the name of a connoisseur of red wine. Water, fertile soil and diligent hands ensure a rich harvest every year. Areni is located in the Vayots Dzor region, which is famous for its wine production, although most of the wine produced there comes from the nearby village of Getap. The Mother of God Church (1321), a small traditional cross-shaped building rising above a hill in the village Areni, was built by architect Momik. Momik is best known for his high relief carvings in Noravank Monastery (about 6 kilometres southeast of Areni). It is a two-nave Armenian church, with a fascinating view over the river Arpa and the village. The ruins of Princes Tarsayich Orbelian's from the 13th-century palace can be unveiled nearby. If you move one kilometres northeast of the church, the ruins of the 13th-century bridge built by Bishop Sarkis between 1265 and 1287 will be unfolded. In the same place, the remains of an older bridge are located. The numerous grave slabs from the Middle Ages were embedded in the ground, around the church. In fact, unlike many other countries that boast the millennial history of winemaking, Armenia has an incredible amount of evidence that wine production started from here around 6200 years ago.

In 2007, Armenian and Irish archaeologists excavated Areni Cave. Here you will find remains from the Bronze Age and Iron Age. During these years, three pot burials were discovered in the back chamber of the cave. Each of them contained a human skull from the Copper Age without its grave goods. All skulls belong to the humans at the age of 9-16 years. They are currently being researched by anthropologists of the archaeological group. It is noteworthy that a skull contained a piece of well-preserved brain tissue. This is the oldest human brain known in the world. The cave also represents surprising insights into the origins of the modern civilizations, such as evidence of winemaking and an array of culturally diverse pottery.

During the excavations, a number of artefacts from the Copper Age were explored. Other discoveries include metal knives, seeds of more than 30 varieties of fruit, remnants of dozens of cereals, etc. Here you will also find the oldest winery and the oldest shoe in the world. The winery, which is over six thousand years old, contains a winepress, fermenting vats, glasses, and cups. Patrick McGovern, a biomolecular anthropologist at the University of Pennsylvania, commented on the importance of the fund and said, "The fact that winemaking was so well developed as early as 4000 years BC suggests that the technology is likely to go back much earlier". The area surrounding the municipality of Areni is home to a great variety of butterflies, that can be observed here. This place is ideal for birdwatching as well. A huge building of Hin Areni winery is situated in the centre of the village. Here you can taste the local wine. A guided tour is always organized in a wine region. The winery equipment is modern and comes either from Italy or from France. The grapes are picked with special rope and are selected manually. Afterwards, it is gently pressed in a pneumatic press and is stored in barrels, made of oak, grown on the lush slopes of Artsakh. The winery has a capacity of over 250 tons of grapes.

The village and its surroundings together with the wineries are very popular with tourists travelling in Armenia and are always ready to welcome new visitors.