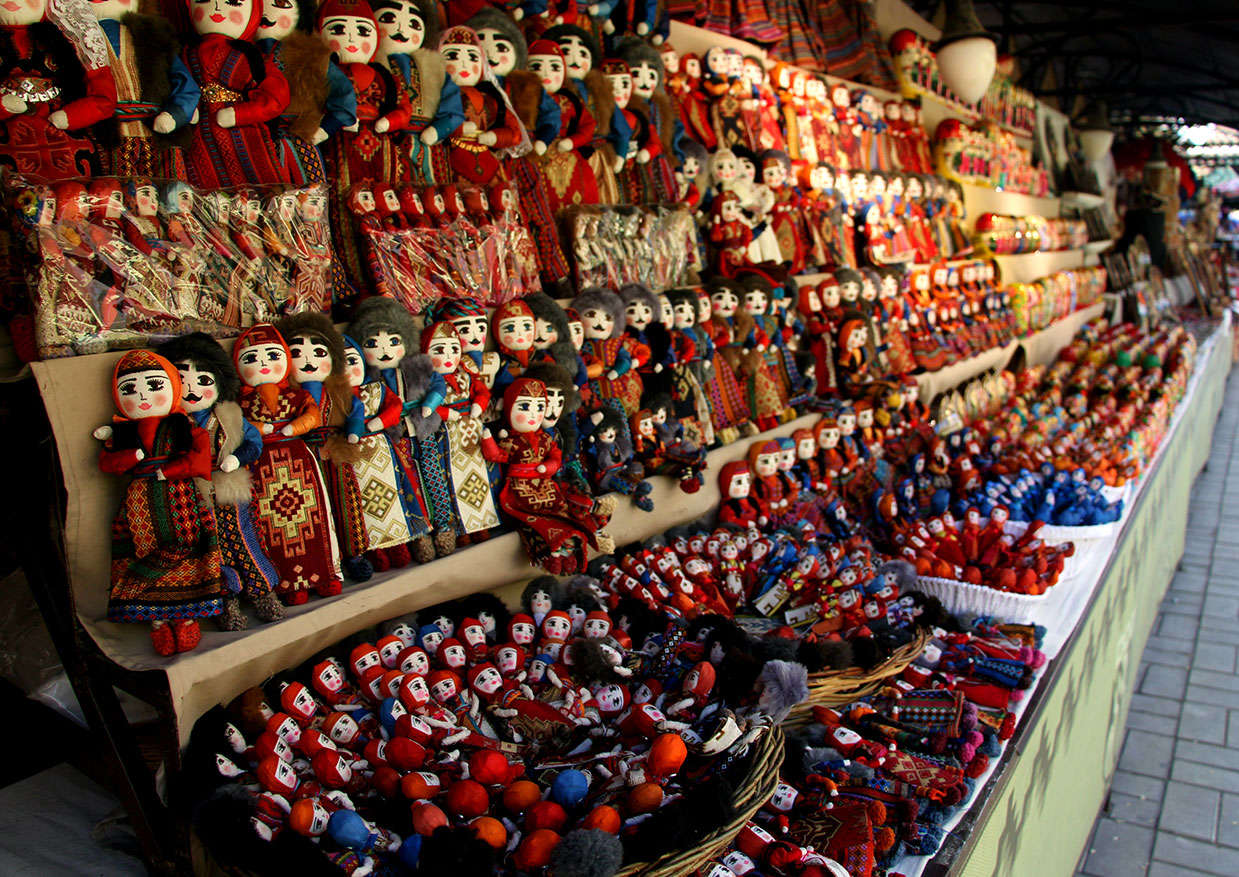 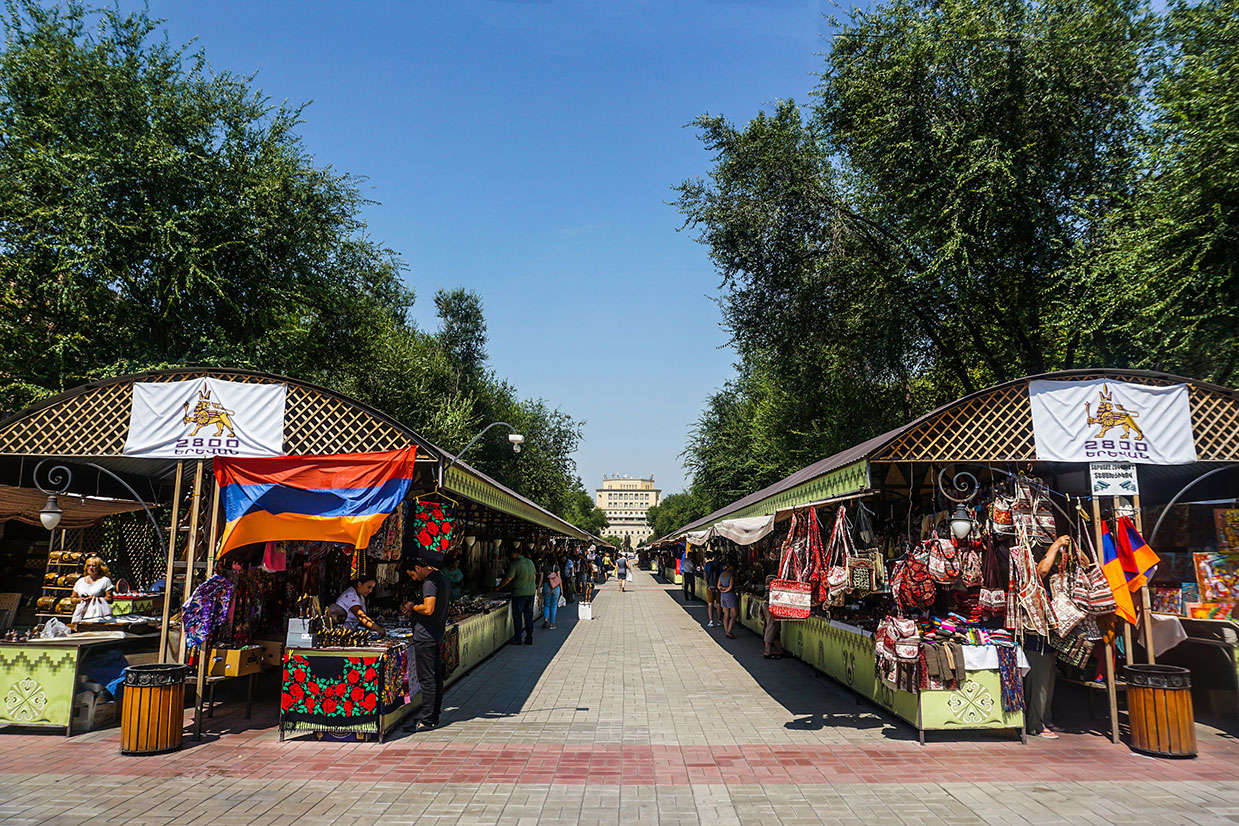 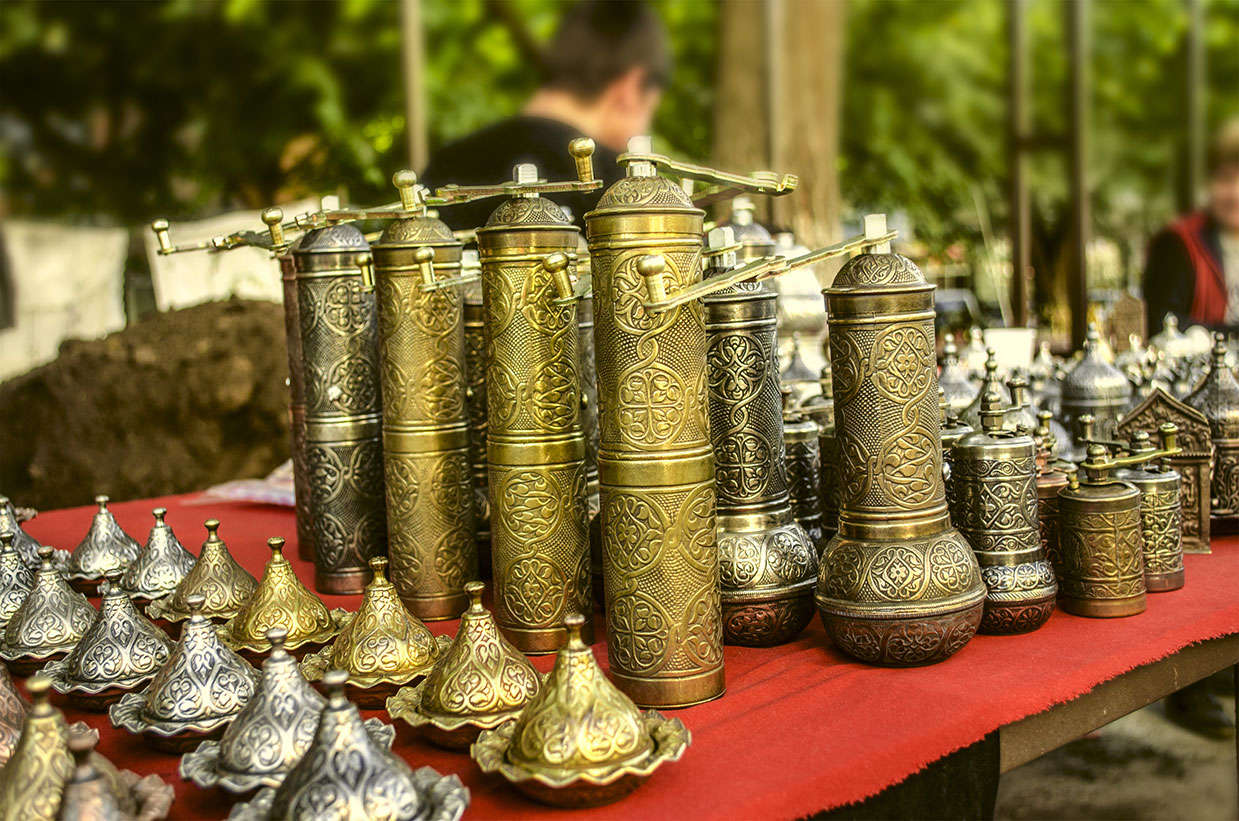 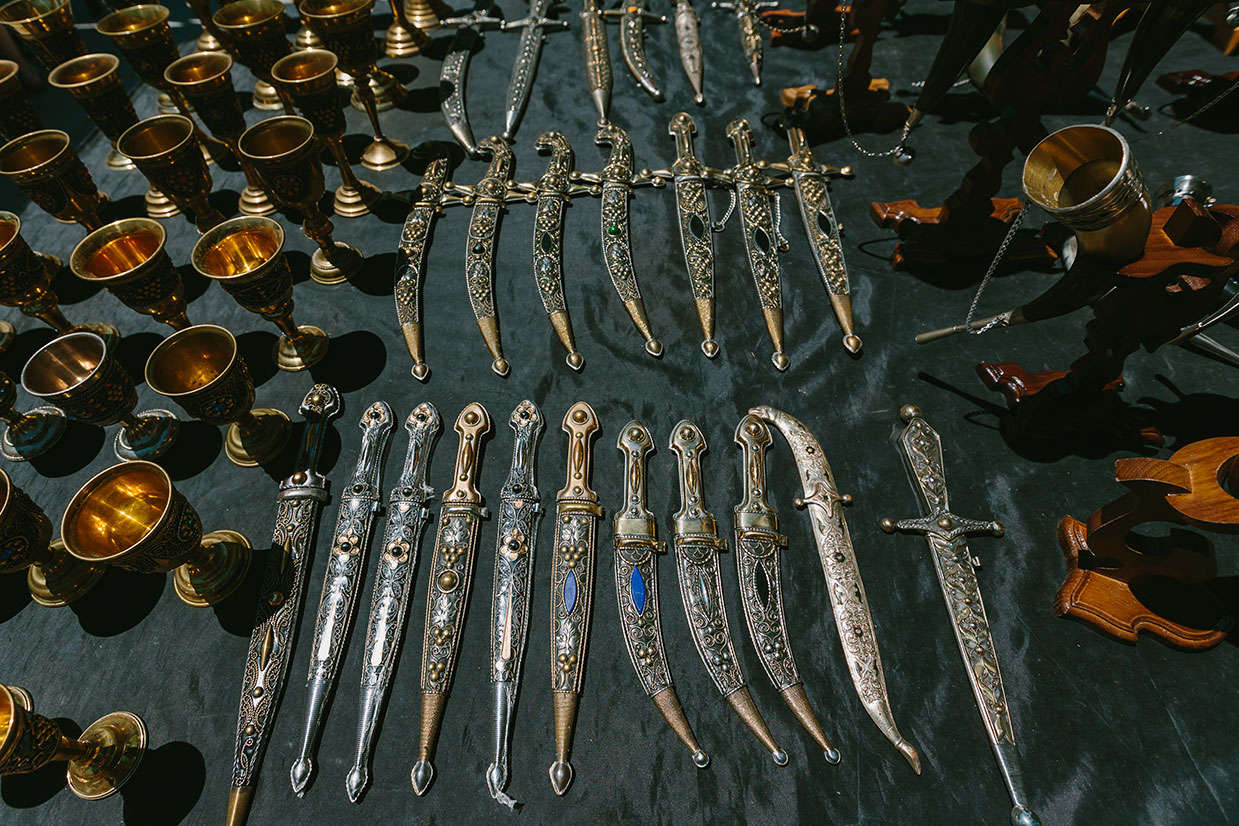 Vernissage is a colorful arts and crafts market where you can admire beautiful and creative crafts, experience a little bit of Armenian culture and tradition, and just enjoy its nice atmosphere. The market lies between Hanrapetutyan Street and the statue of Vardan Mamikonyan. A large arts and crafts market covers the whole part of the street at weekends (Saturday - Sunday, 9:00 - 18:00 o'clock). There you will find carpets, woodwork, jewelry, musical instruments and much more. The vernissage was founded in the 1980s by Armenian artists who exhibited their artworks on the square next to the Armenian Artists Association (now Charles Aznavour Square). Others have used the park next to the Conservatory to show their works. Later, the vernissage in Martiros Saryan Park was moved in front of the opera house. That place became one of the most important centers of the art exhibition in the city. Its popularity in the 90's not only attracted more artists, but also many other dealers with a variety of items for sale. The painters remained in the park, the other art and craft traders got the space in the adjacent park of the Republic Square, in the middle of the Aram and Buzand streets. In front of Vernissage the large statue of Vardan Mamikonyan, is located, who is one of the most famous Armenian heroes of all time.

After the official opening, the organizers decided that this market has to work only at weekends. This market is considered one of the most famous destinations in Armenia, where you can feel the Armenian culture. Vernissage derives from the French word, meaning a private preview of an art exhibition before the formal opening. However, Vernissage has proved to be one of the most significant and enduring elements of the cultural life in Yerevan. Yerevan has no shortage of souvenir shops, but if you ask a resident where to buy Armenian souvenirs, the first answer will be "Vernissage". Two days are barely enough to see everything there. Vernissage is a perfect place to get a taste of Armenia. It is a combination of national traditions and contemporary art.

Vernissage has been renovated in recent years. Nearby Vernissage the Republic Square is situated, which is the main square of Armenia. In the place of Vernissage, there used to be another market called Maydan. During the Soviet era, the square was called after Lenin, where his statue stood and the military parades were held twice a year. After Armenia's independence, Lenin's statue was removed and the square was renamed. Travel writer Deirdre Holding said, "the Republic Square is certainly one of the most beautiful central places that were created anywhere in the world during the 20th century". The place is easy to reach by transport. The Republic Square is called "Hanrapetutyan hraparak" in Armenian. It is surrounded by five large buildings made of neoclassical pink and yellow tufa with extensive Armenian motifs: the Ministry of Foreign Affairs, the Post Office, the National History Museum, the National Gallery and the Hotel Armenia (now Marriott). All of them were built on the model of the government building with its large, white tower clock and, as an architectural ensemble, give the impression of great stylistic unity. The largest building is the Historical Museum, which was founded in 1919. The National Gallery of Armenia is also located within the building of History Museum, where you can reveal paintings by Armenian and foreign painters. The gallery is one of the most visited museums by locals and tourists. It also preserves many antique tools and other items. This is a popular destination for tourists who want to get acquainted with Armenian art. Vernissage is a favorite place for Yerevan, as well as foreigners travelling to Armenia.