The dog breed called Armenian Gampr is an integral part of the history, culture and life of the Armenian people. The etymology of the word "gampr" comes from the following two Armenian word roots: ''gam'' which means ''I come'', and ''prem'' which means ''I kill''. The word ''gampr'' also has the meaning of ''grmrots'' which is grognement.

For centuries Armenians have bred Gampr in the Armenian Highlands. These dogs were bred to protect livestock from predators and enemies. It is no surprise that since ancient times humans have domesticated and used many animals - dogs and cats, goats and sheep, horses and donkeys, and even lynxes. Gampr differs from all these animals because it accompanies its owner everywhere, during agricultural activities, hunting, domestication of other animals and wars.

There were special kennels in Armenia where people developed the breeding of Gamprs. Dog breeders also hunted wild animals. Their primary source of income was the sale of dogs. For dog breeding, the Armenians mainly hunted wolves and sometimes jackals. The captured wolf was kept in almost natural conditions: in deep caves and in caves, where there were animals to hunt and tear.

Gamprs were divided into 5 distinct groups:

1. Shepherd dog or Gelkheght (literally ''wolf strangler'', Armenian words gayl (wolf) and kheghtel (strangle)). The role of these dogs was to protect their herds and their cattle from wolves and thieves. They had a big head, a long forehead, a short nose, ears usually were cut, a large prominent chest, a thick woolly neck and large muscular legs. They were used to twist their tails and putting them on their backs. They walked calmly and confidently, did not bark unnecessarily. They were reliable and powerful. The Armenian Gampr was very loyal to its owner, and it would risk its life to protect him/her. With his infallible instinct, he immediately decided who his enemy and his friend were and treated him accordingly. They had no particular color.

When the Gampr notices something or someone suspicious, it immediately warns the other dogs and together they surround the herd and attack the intruder. That is why the first thing you should do when approaching these dogs is to greet their owner and chat with them so that the dogs understand that you are not an enemy, but a friend.

Meanwhile, the Gelkheghts are divided into two subgroups: wolfdogs and jackals. The wolfdog is a dog whose father is a wolf and whose mother is a dog fed on the wolf's milk. The jackal is the dog whose father is the dog fed on the wolf's milk and whose mother is a wolf. This kind of puppies is fearless, daring, but faithful to their master.

3. Bear hunter: the dog was only used by wild animal hunters when chasing bears. He was stronger than a bear, especially when he was armed with steel stakes.

4. Hurricane dog or St Bernard were trained as an avalanche search dogs. Armenians used trained dogs for this purpose long before Europeans started using St. Bernard dogs. The earliest evidence of this refers to the 1st century BC, in the description of the famous 5th-century Armenian historian Movses Khorenatsi.

5. Greyhound: this dog was used for hunting foxes, wild cats, lynx and deers. It was light and fast. They differed from other dogs with their smelling and barking habits. They did not bark at people; they were very attentive and devoted to their master. With their special abilities, they hunt the injured prey, find its hidden place and bark so that the hunter sees them.

When the dog strangled a wolf, it was the duty of the shepherd to make a pluck with his own hands, to kiss the dog's forehead, to stroke his head and to feed him personally. The dog, feeling this particular attitude, first licks the hands of the shepherd, then eats the panade. The right to honor the dog that strangled more than one wolf was reserved for the oldest child, the grandfather or the grandmother of the family.

Armenian folklore has always praised Gampr for its legendary courage, wisdom, strength, beauty, honesty and infinite loyalty. According to ancient Armenian mythology, there were creatures called Aralezes, resembling the winged dogs that lived in the sky or on Mount Ararat. It was believed that the Aralezes came down from heaven to heal the wounds of those who had been killed or injured in battles, healing them or even resuscitating them. This legend shows the worship of dogs in pre-Christian Armenia.

The Armenian historian Movses Khorenatsi made reference to Aralezes in his book "History of Armenia". When the Armenian king Ara The Handsome was killed on the battlefield, the Assyrian queen Semiramis, who had fallen in love with him, ordered her soldiers to bring the king's body back to her Aralezes, to lick his wounds and resuscitate him.

Whoever wanted to own an Armenian breed dog, Gampr, had to pay. In the Armenian Highlands the basis of exchange was not gold and silver, but natural products or animals. The price of the dog was determined by these exchange rates. For example, in the Mndzor mountains, the price of a purebred dog was 40 kot (old Armenian unit of measurement = 640 kg) of wheat, or a horse, or a cow with a calf, or of 10 sheep with lambs. For a purebred dog, it was possible to pay 80 kg of honey, 80 kg of oil or wool of the same amount. If the resident of Mndzour had no means of exchange, but wanted to have an Armenian Gampr, he was obliged to work for free for 80 days for the owner of the dog.

Pointing a gun at Gampr or killing him was a crime.

On February 10, 2011, in Moscow, at the meeting of the Tribal Commission of the International Kennel Union the standard of the Armenian Gelkheghd ("wolf strangler"), Gampr was recognized. He obtained the status of the national breed of Armenia and was registered under number 204.

In 2018, the Armenian Gampr statue by Leon Tokmajyan was inaugurated in the center of Yerevan, in Oghakadzev Park. 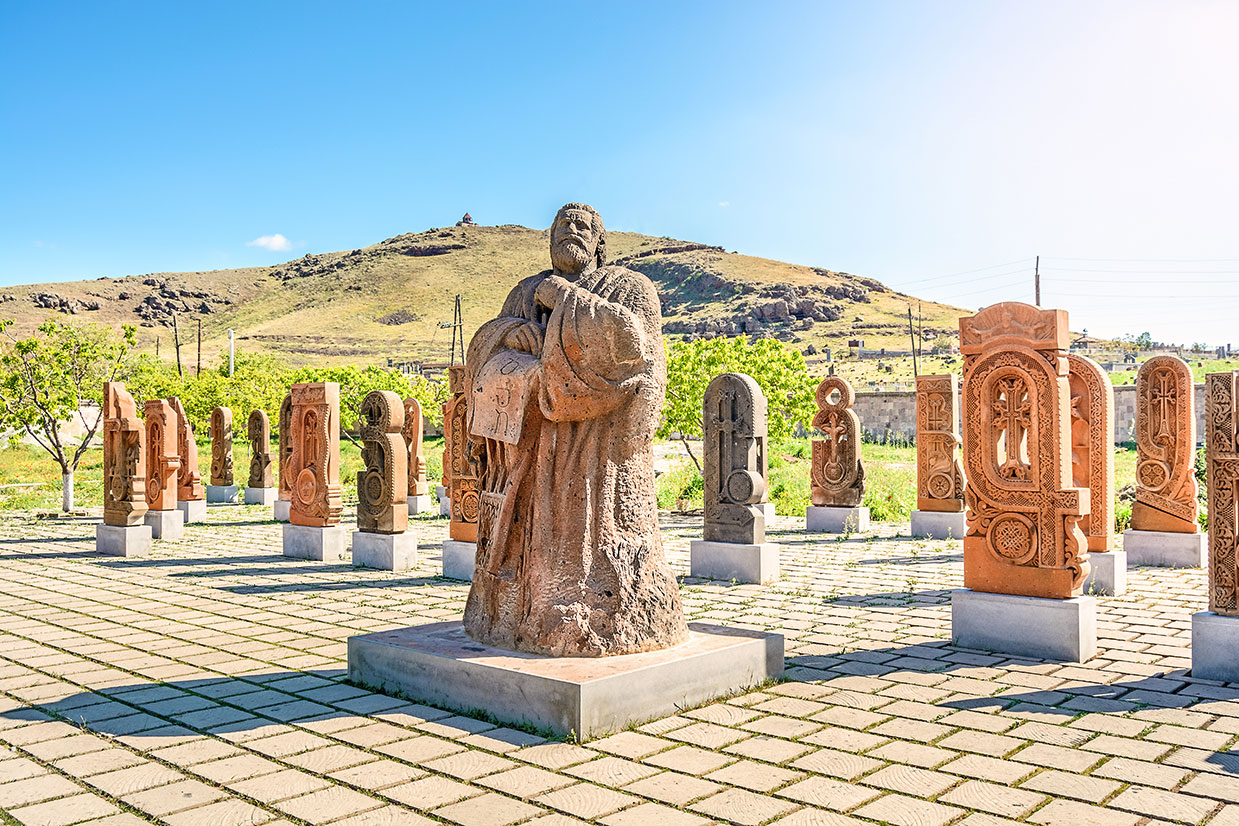 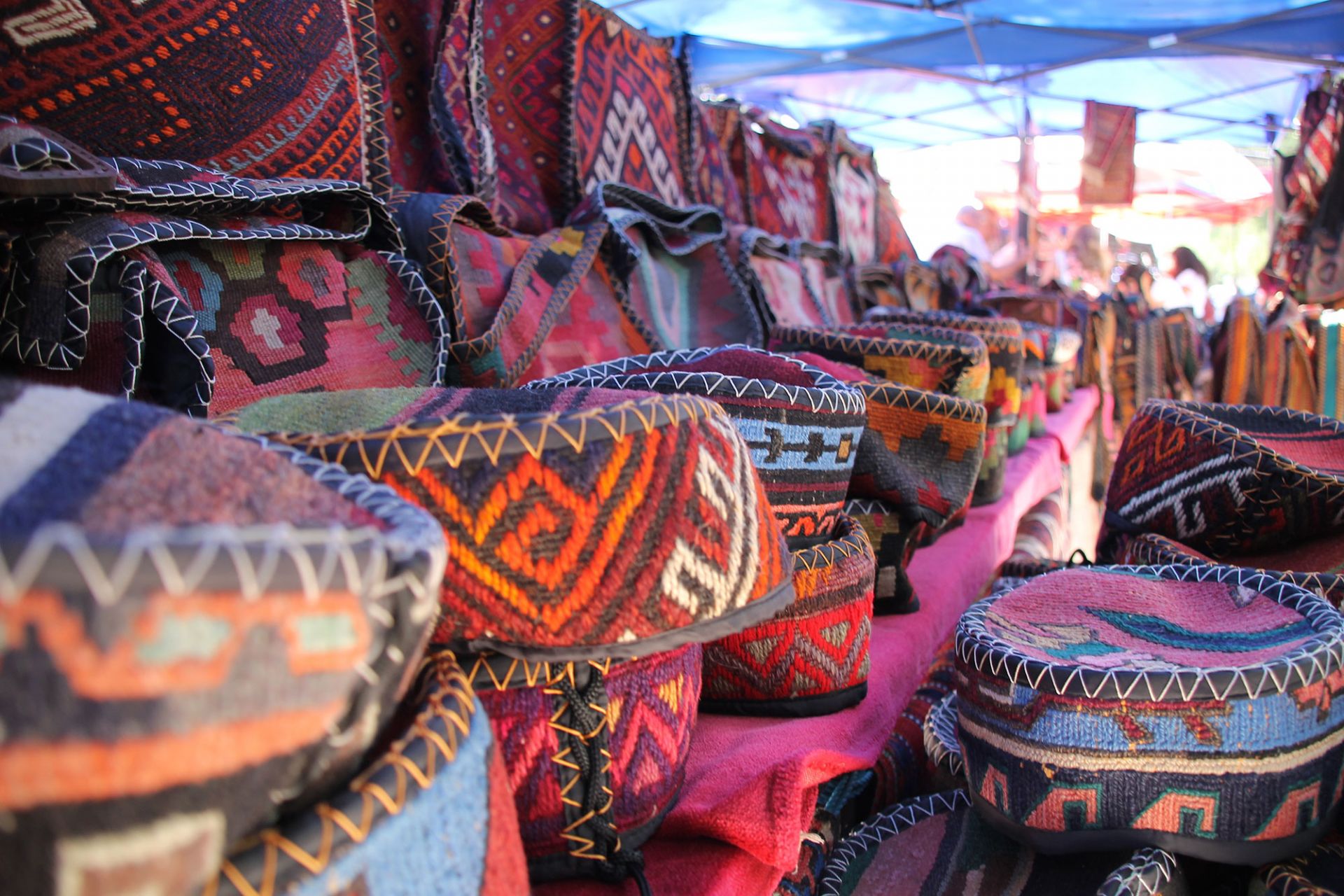